After I arrived at Te Kuiti where No 2 grandson is working on a dairy farm, he had to go and feed some friends dogs about 20 minutes away and he mentioned that down the end of Kopaki Road was a helicopter base.  So as it was on an alternative route home we called in to the Rotor Work Ltd base.  I had not heard of them but they have quite a big operation and their website says that they have 11+ helicopters in their fleet.  Two of them were parked up for the night: 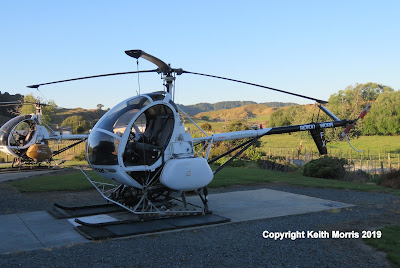 Hughes 269C ZK-HFX2 has been around since March 1992, which is quite remarkable for an agricultural helicopter. 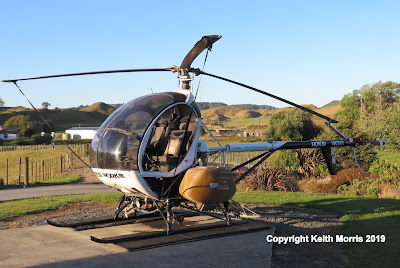 and the other Hughes 269C ZK-HRH2 is even older, having been first registered here in September 1990.  I was told that it had had the same pilot for all those years which is doubly remarkable.


Thanks for your local knowledge Oliver.