North Shore airfield was a hive of aeronautical activity today as the Flying New Zealand 2019 National Champs were underway.  I had not really focussed on this major event so I was surprised to see so many aircraft on the field.  The Championships run from Wednesday 13th to Saturday 16th of February.  There were around 20 or so visiting aircraft from the Aero Club scene, including a couple that have not been posted on this blog previously. 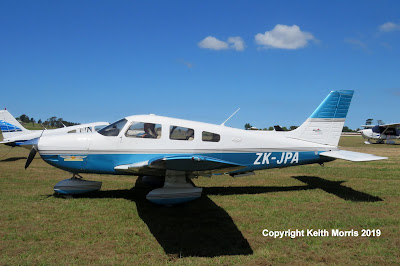 A new aircraft for Auckland Aero Club is the Piper PA 28-181 Cherokee Archer III(?) ZK-JPA2.  manufactured by the New Piper Aircraft 2000 Inc.  This aircraft is ex VH-AYC and was first registered in New Zealand on 7/11/18. 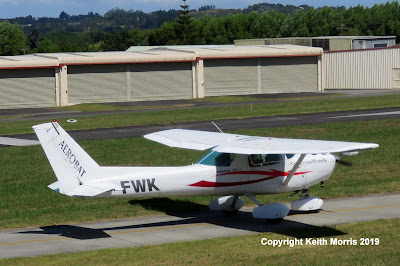 Also not previously posted on the blog is the Cessna A152 Aerobat ZK-FWK that is also a Sparrowhawk conversion (with an uprated up O-235 producing 125 HP).  It is registered to Air Hawkes Bay Ltd of Hastings, which is the commercial arm of the Hawkes Bay and East Coast Aero Club.  It has been around since 1990 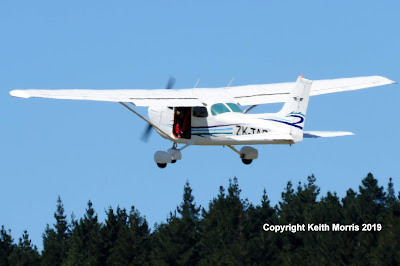 This afternoon the bombing competitions were being held and this is why the Tauranga Aero Club's Cessna 172N ZK-TAB is climbing out minus its door. 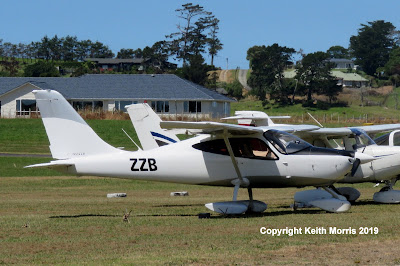 Tecnam P2008 ZK-ZZB is from the Hawkes Bay and East Coast Aero Club. 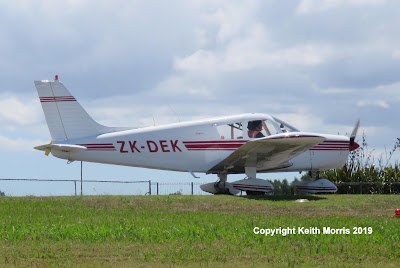 And remarkably still together after all these years (they were both first registered here in 1972), were the Piper Cherokee 140s ZK-DEK of Ian Begbie from Ashburton, 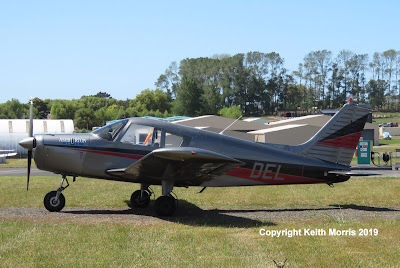 and ZK-DEL of the Mid Canterbury Aero Club also from Ashburton. 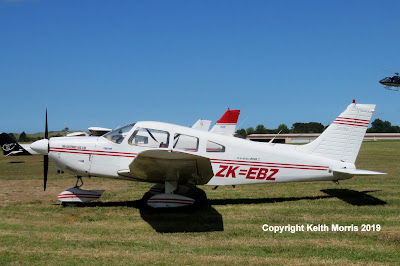 There seemed to be a lot of Cherokees around, including the formulaic PA 28-181 Archer II ZK=EBZ from the Mid Canterbury Aero Club (a choccy fish for the answer). 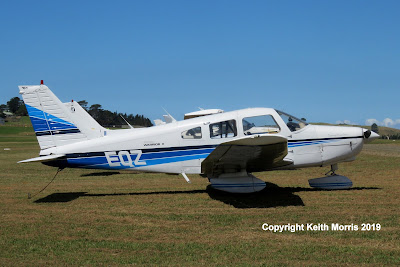