The aircraft in question (pictured below) is the Douglas DC-3 ZK-BQK (c/n 16567/33315) as seen at the Museum of Transport and Technology and came from the Tony Miller collection.

Below we see her in the hangar at Christchurch. 1962 ? 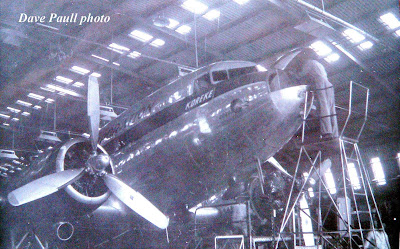 It was upgraded to 'Skyliner' standard in June of 1963 as 'Skyliner New Plymouth'.

From 07-12-1969 it was chartered to Polynesian Airlines as 5W-FAH and is seen below at Christchurch.
Photo source unknown.

Withdrawn from service by NZNAC it was parked out in rotten row at Christchurch and is seen above and below on 17-02-1979. 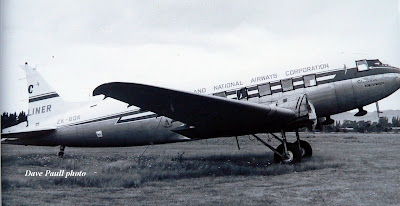 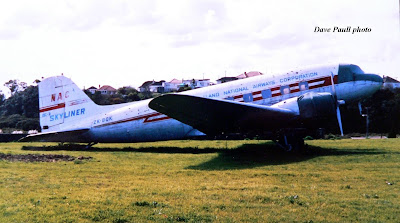 It is now on display in the Sir Keith Park Memorial Aviation display hall at MoTaT in Meola Road, Auckland.
Posted by Blue Bus at 08:33