A belated blog post from the recent RAANZ fly-in with narrations thanks to Keith Morris.

The Recreational Aircraft Association of New Zealand (RAANZ) held their annual flyin at Te Anau - Manapouri Airport over the period 6 – 8 February.  Te Anau - Manapouri was chosen as it was the 40th RAANZ flyin to be held, and the first one was held at the same location.  As with these flyins, the weather is a big factor and with a none too promising forecast for the weekend, the flyin was bought forward by a couple of days and this probably affected the attendance, as only one aircraft from North of Canterbury made it to Manapouri.  However some 25 microlights were on the field and a Fiordland flyout was arranged on Thursday 7 February, with great weather.

No first generation microlights flew during the flyin (although a Pterodactyl was briefly outside), but there were several oldies including this Thruster ZK-FNL which has been around since October 1985. 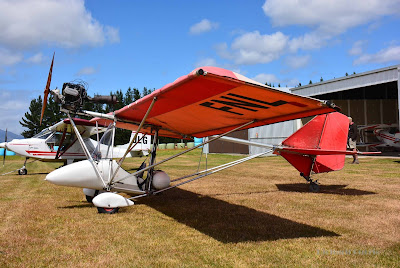 Hanging from the roof of a hangar was ZK-FPQ which is registered as a B 22 Bantam and has been around since November 1987.  However it has a different pod from the normal B 22. 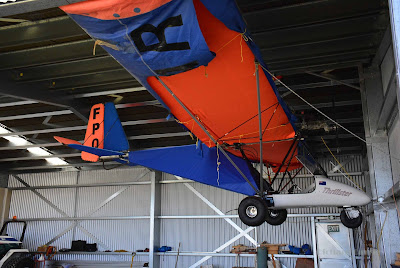 CFM Shadow ZK-KLH was first registered in February 1989 and lives in Invercargill. 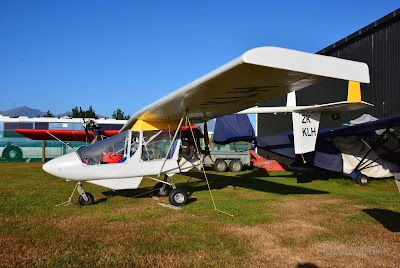 Another Thruster on the field was ZK-TTH which is newer, having been first registered in January 2000. 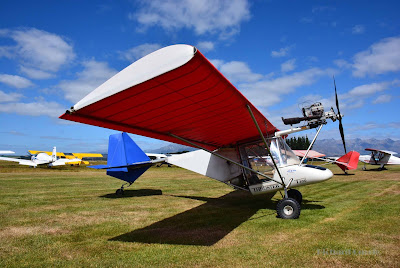 Easily winning the furthest flown to the flyin award was the Zenair CH 701 ZK-OSO, which came all the way from Kerikeri. 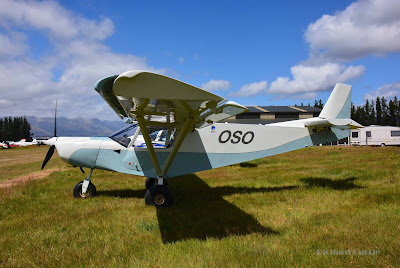 Not often seen out was Hugh Tapper’s Rans S 7 ZK-JGV from Invercargill. 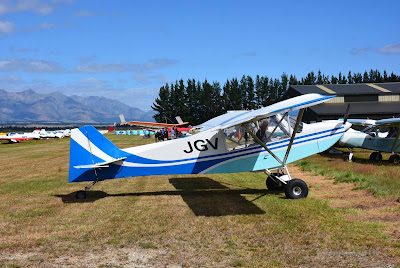 From Gore, Rans S 6 ZK-JLE has been recovered and painted in new yellow colours since moving South in 2012. 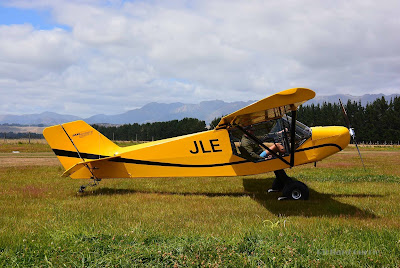