The somewhat unusual Diehl Aero Nautical XTC ZK-XTZ , c/n NZXTC-1 , was built by Martyn Cook and Rod Ruddick and first appeared on our register on 12-04-1988. This is a single seat open cockpit, mid wing, amphibian with pitch control via a canard wing. Rudders are at quarter wingspan either side of (in XTZ's case) the Rotax 447 engine in pusher mode. Roll control is by quarter span spoilers. Martyn and Rod where also heavily involved with other aviation activities; Martyn with the Pitts Special ZK-PPS and the Discus glider ZK-GXN followed by the Nimbus ZK-GLA; and Rod with his Cirrus glider ZK-GJH. The XTC didn't appear to get a lot of use and was finally cancelled as withdrawn on 05-09-2006. Neil France re-registered it on 22-07-2010 following its seven years of container storage and should have it ready for flying about now. Neil has operated many different slightly unusual types, including a Rotec Rally, a Vector 610, a Povey JN-1, a Falcon and a Goldwing.
﻿ ﻿ 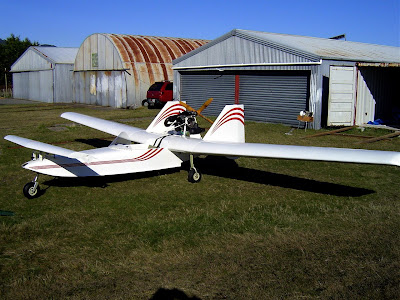 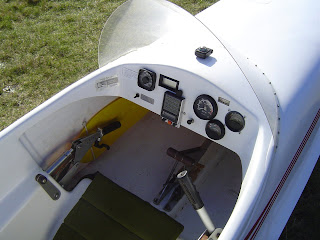 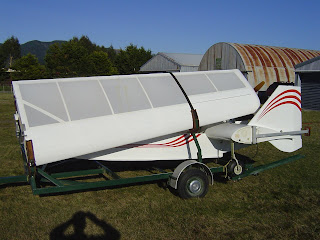