Another must-see attraction in Wellington last week was the wonderful display of a selection of Peter Jackson's WW1 vehicle fleet and their parade through the streets along with a cast of hundreds of people in period uniform and dress accompanied by marching bands and war veterans.

I had not realised before but as well as building amazing WW1 aircraft to exact specifications, The Vintage Aviator also builds WW1 vehicles - some refurbished and some scratchbuilt.  They are just as impressive as the aircaft in their own way. 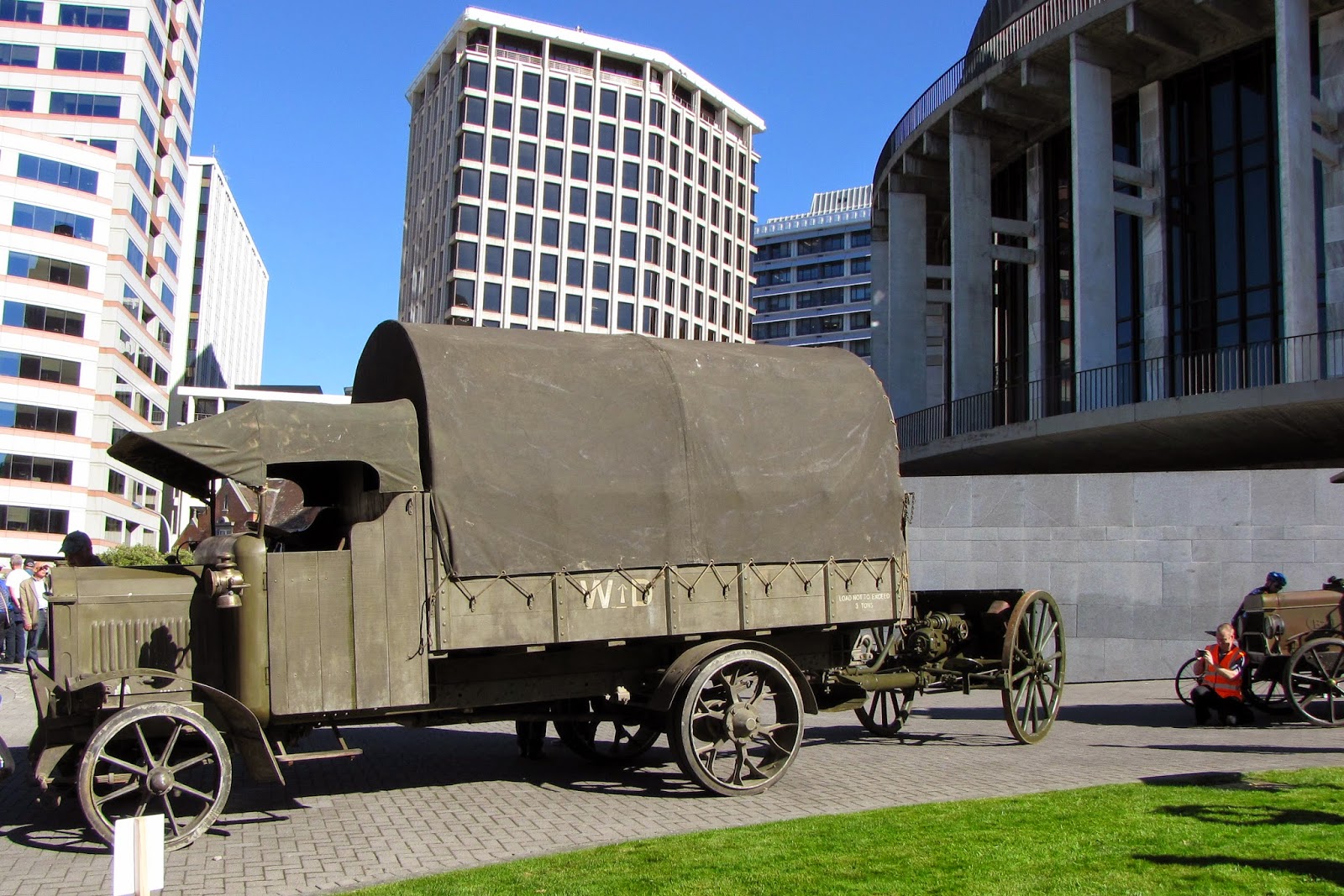 The parade formed up in the grounds of Parliament including this Dennis truck towing a field gun. 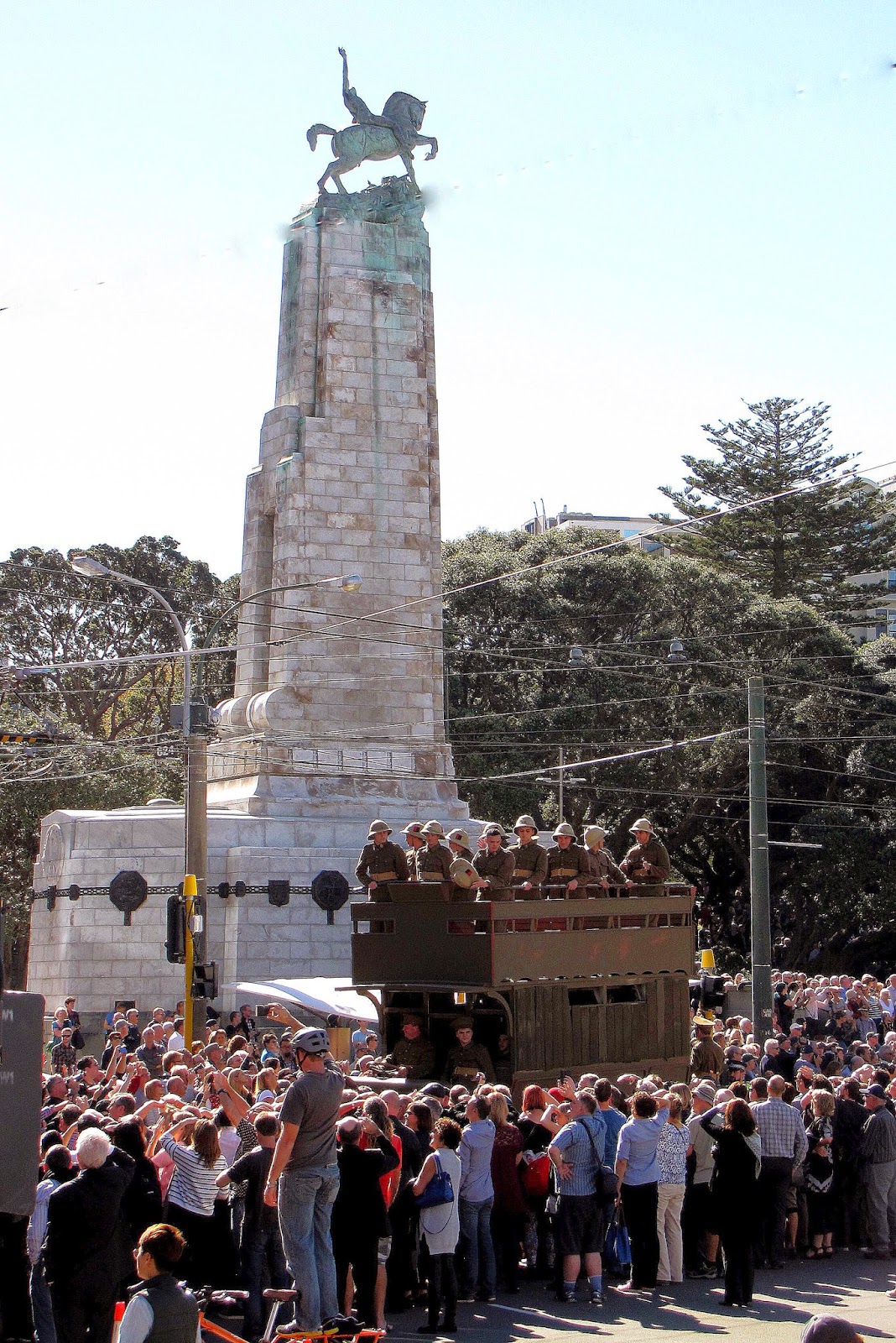 Here at the start of the parade, a General bus passes the Cenotaph war memorial. 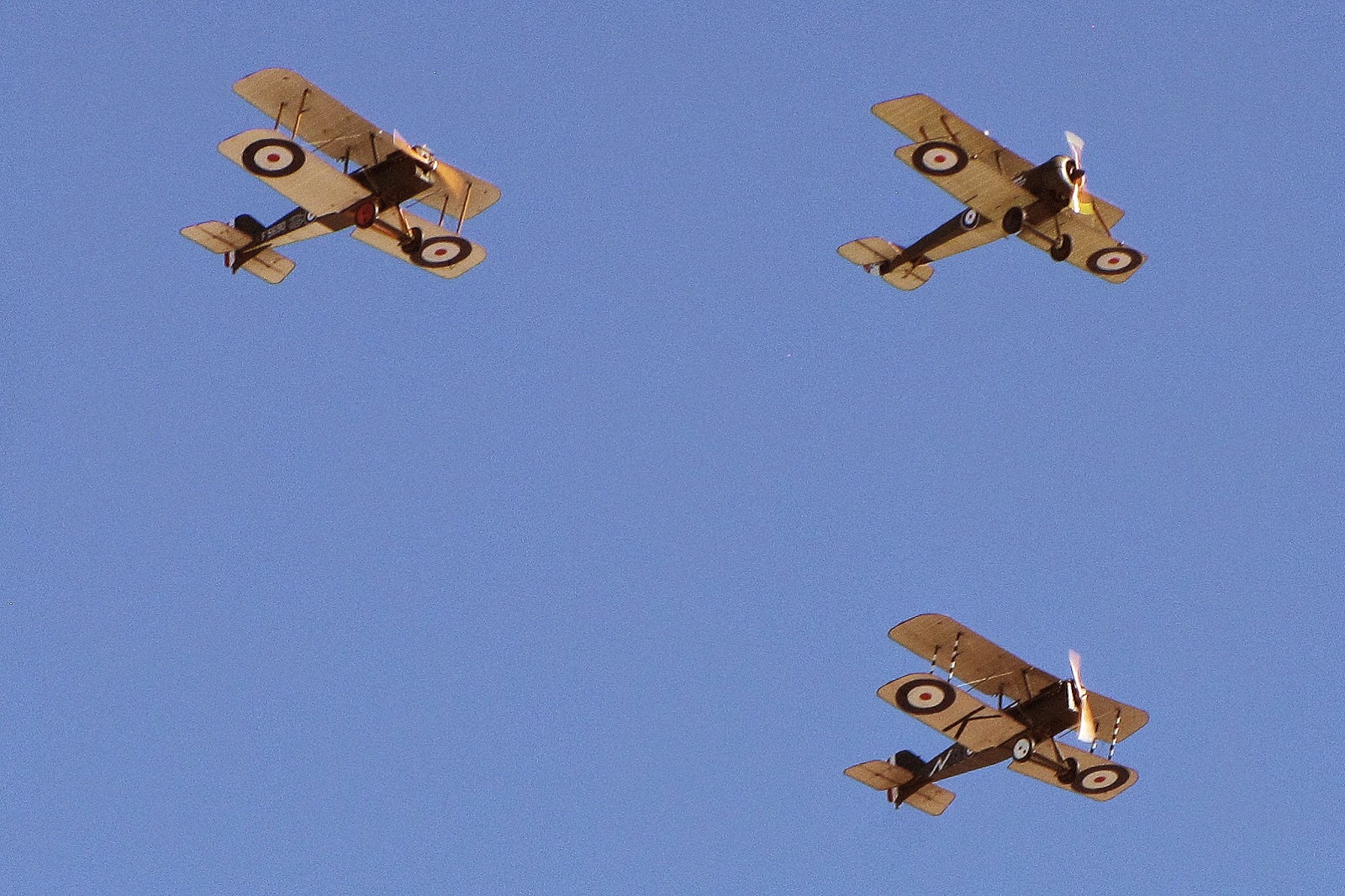 And three TVAL aircraft flew overhead - a DH5 and two SE 5As.

A fitting tribute for the centenary of Anzac celebrations.