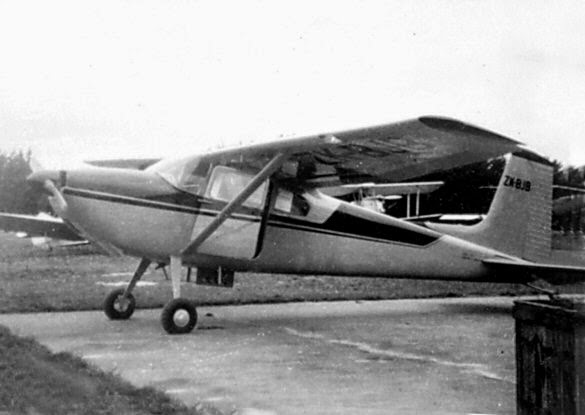 This Cessna went to Aircraft Fertilizing (HB) Ltd of Hastings from 20-06-1955.
That concern was taken over by Rural Aviation two years later with ownership changing back to Rural on 15-11-1957.
From 09-05-1960 it was with Northern Air Services Ltd of Te Kuiti and then, starting in 1963, passed to a series of private owners.
Below is another undated photo which comes via the CMM collection showing it in a different colour scheme - still in Ag configuration. 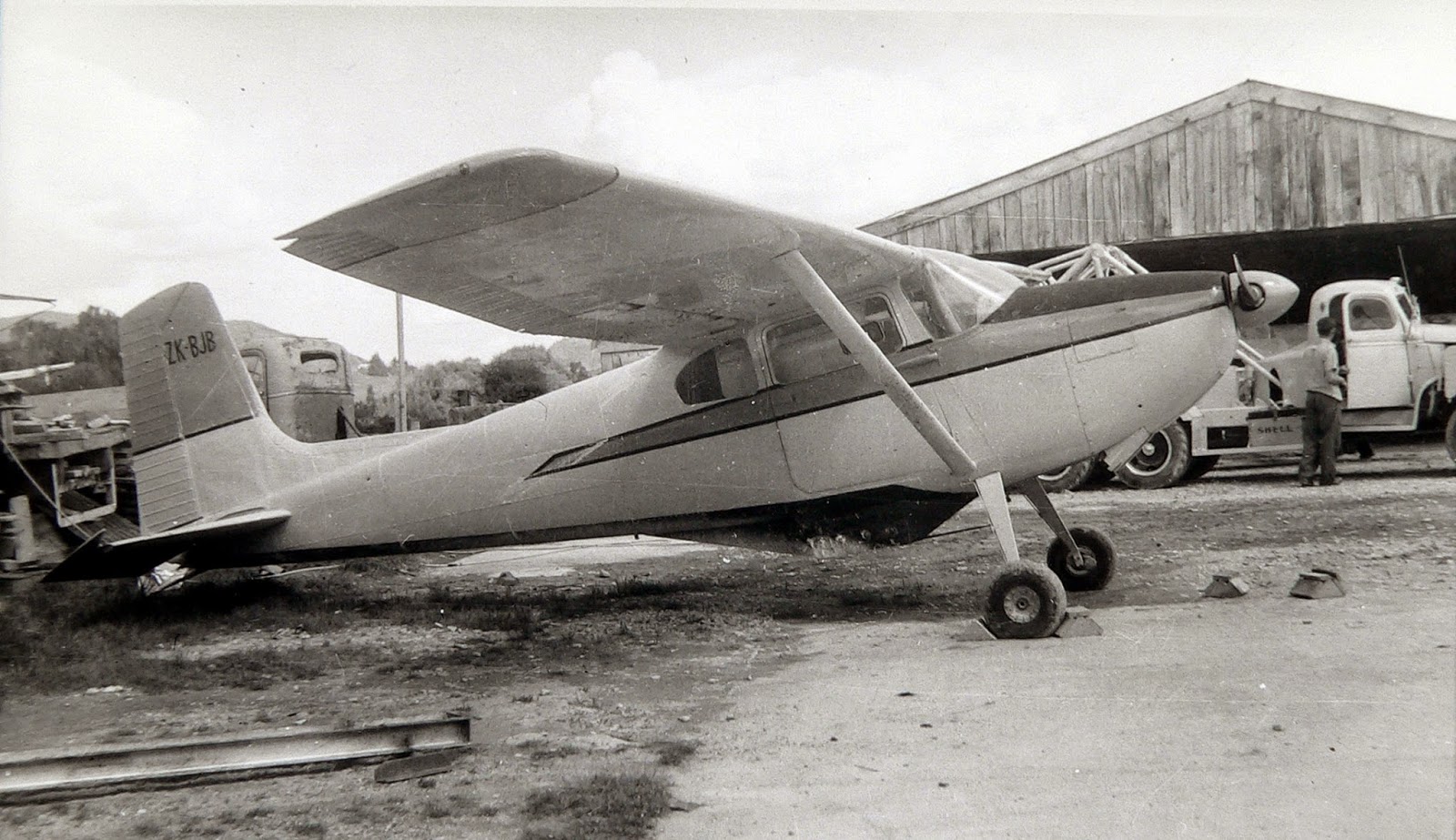 The first of the private owners was Ray Verrity of Te Awamutu from April of 1964.
The photo below is from an unknown source.
It carries the name "R Verrity" just above the venturi 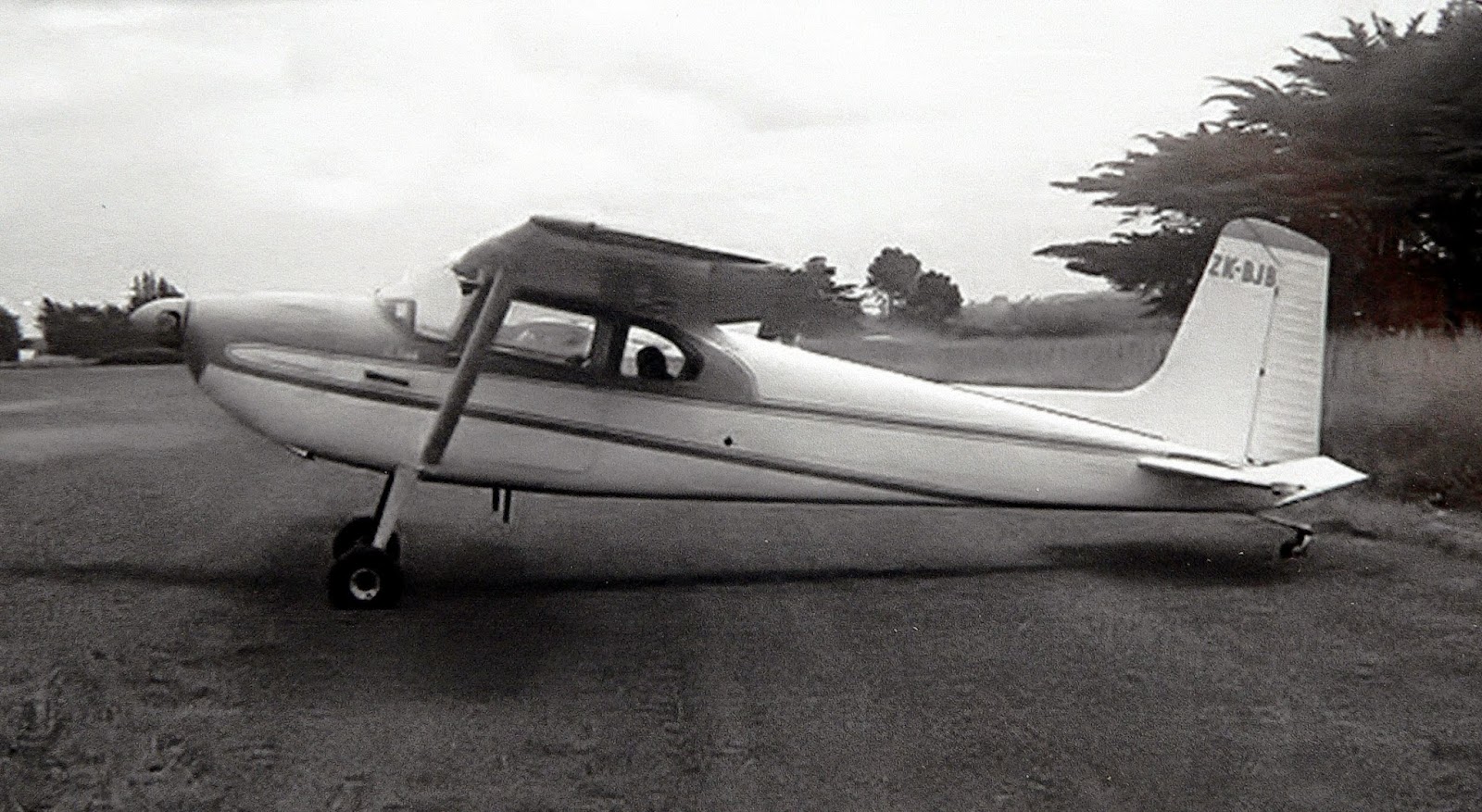 At an unknown date it was listed to Graham Stewart & Co Ltd of Christchurch.
It is seen below outside the Airwork hangar at Christchurch on 02-09-1966. 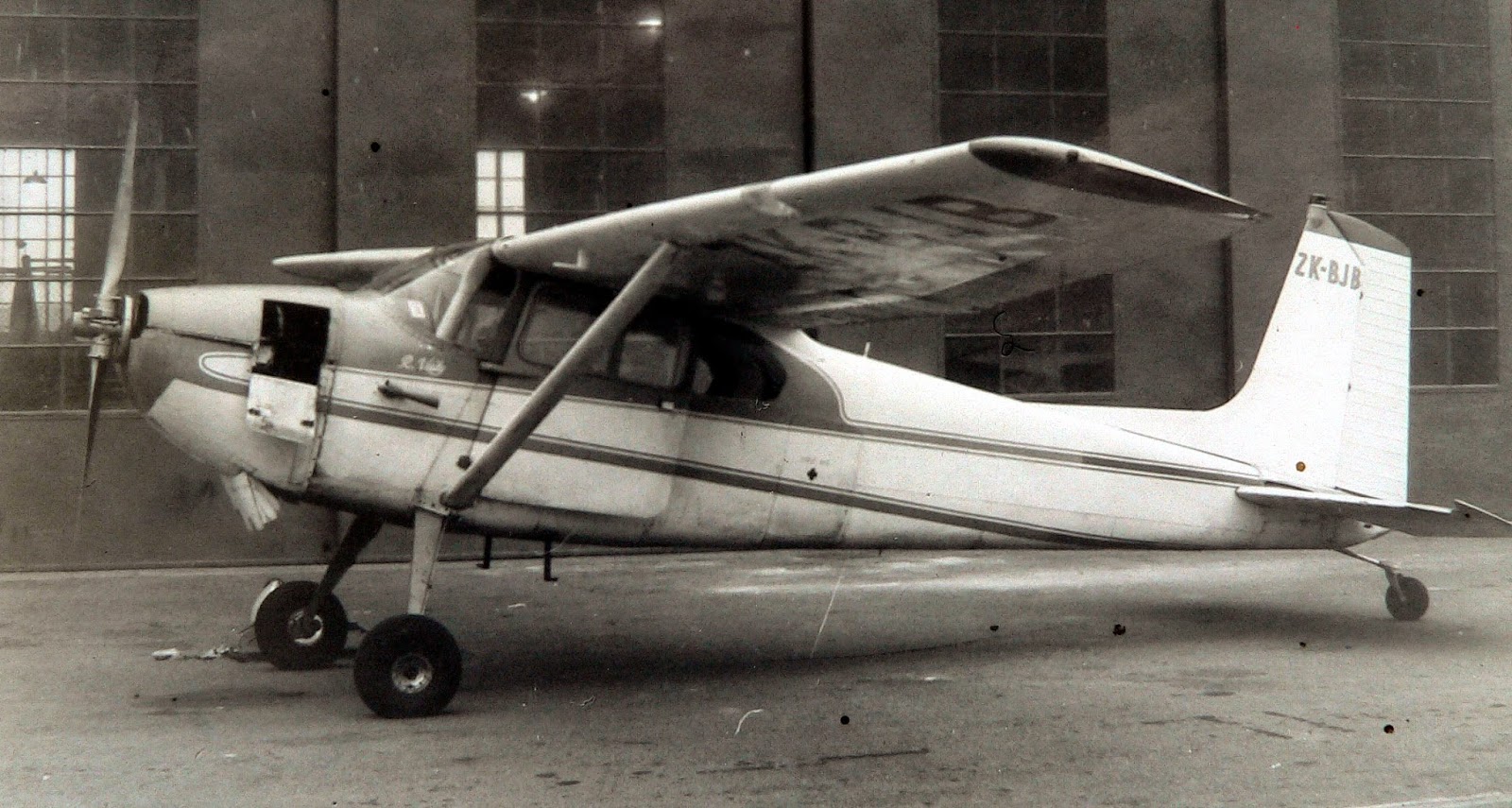 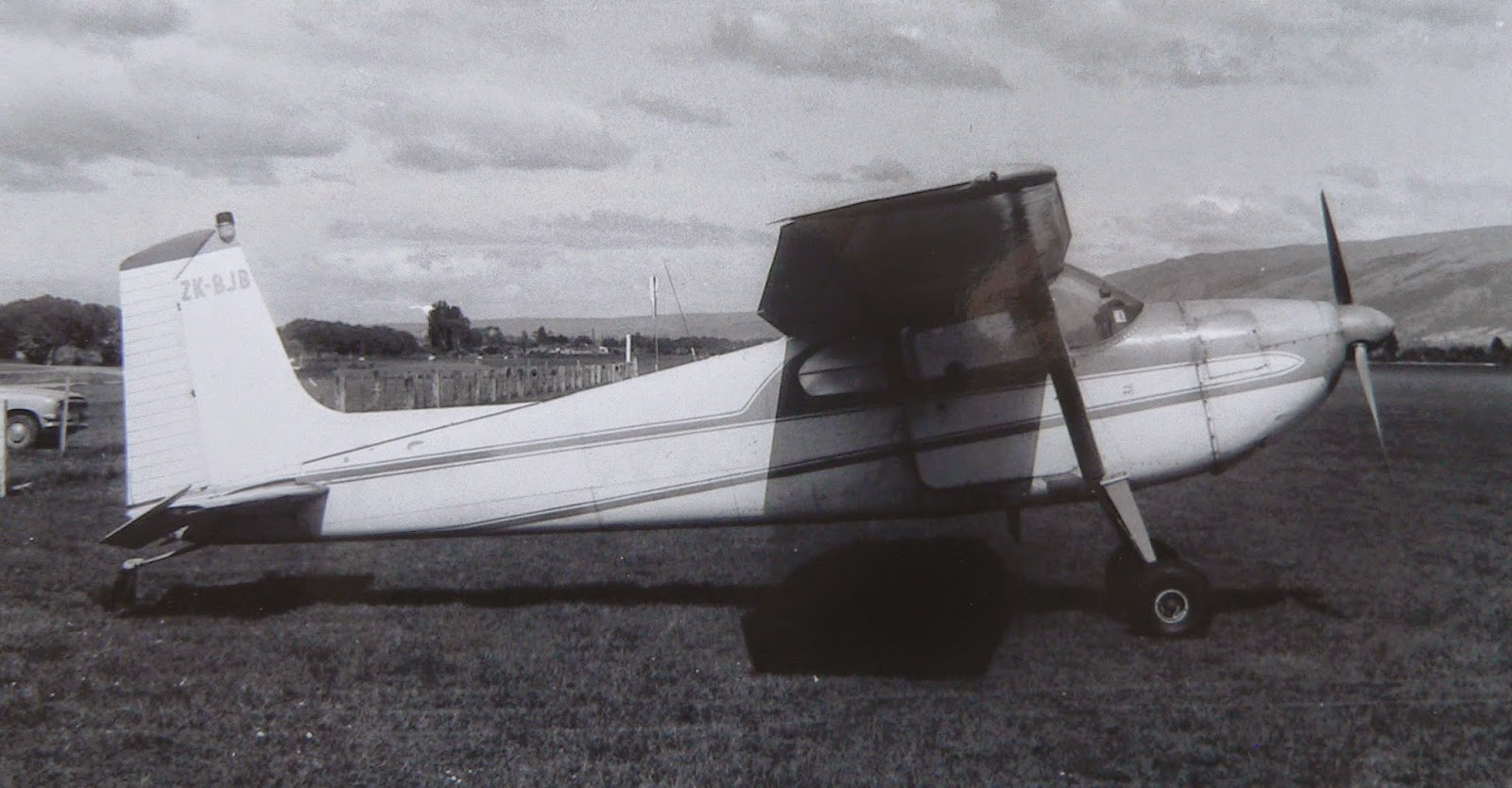 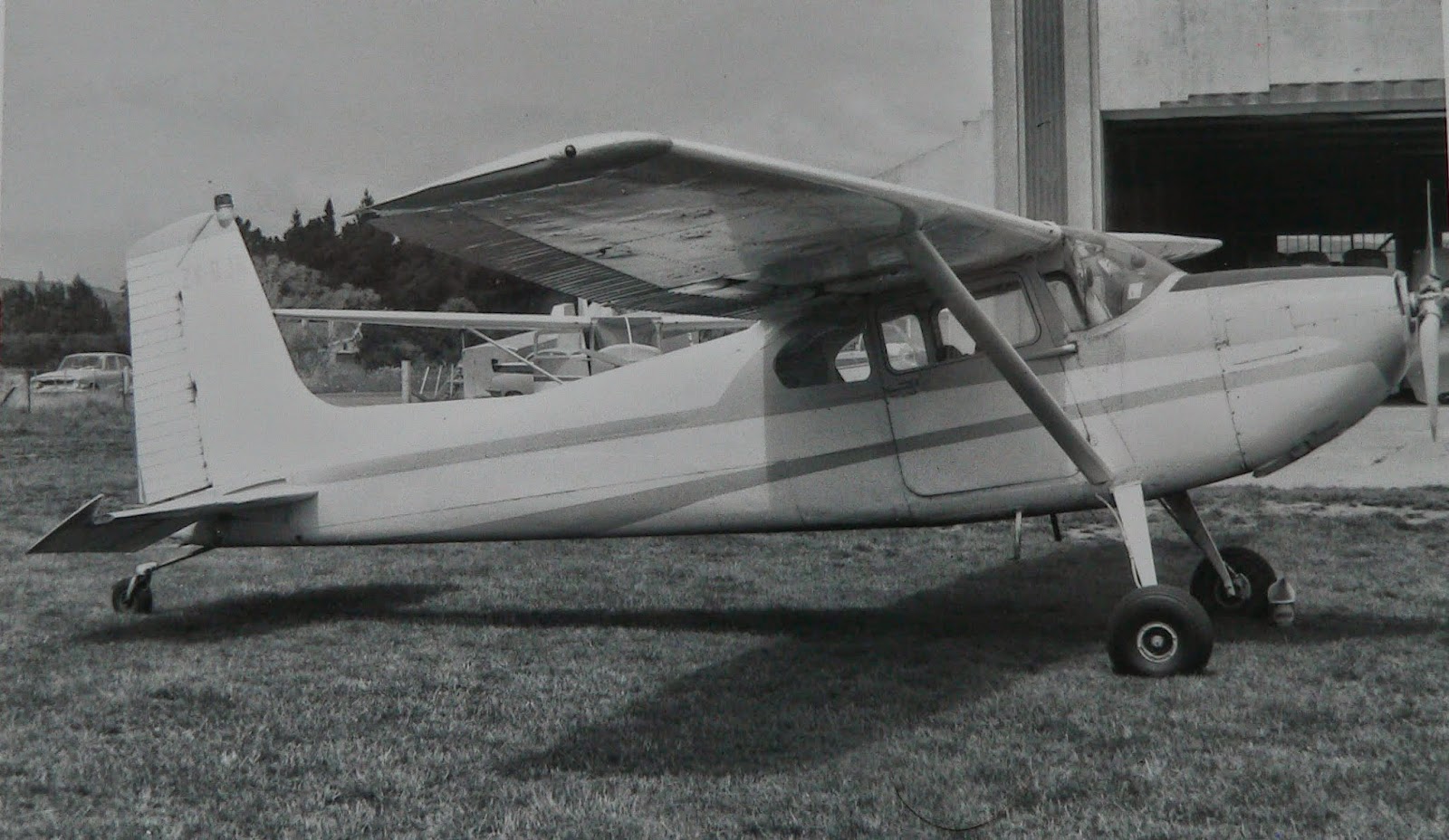 It was damaged on take off when it caught a boundary fence at Wrights Bush on 20-04-1969.
It was flown to Invercargill and landed on the grass out in front of the Southland Aero Club.
As seen below it was minus an undercarriage leg and the horizontal tailplane was "odd looking". 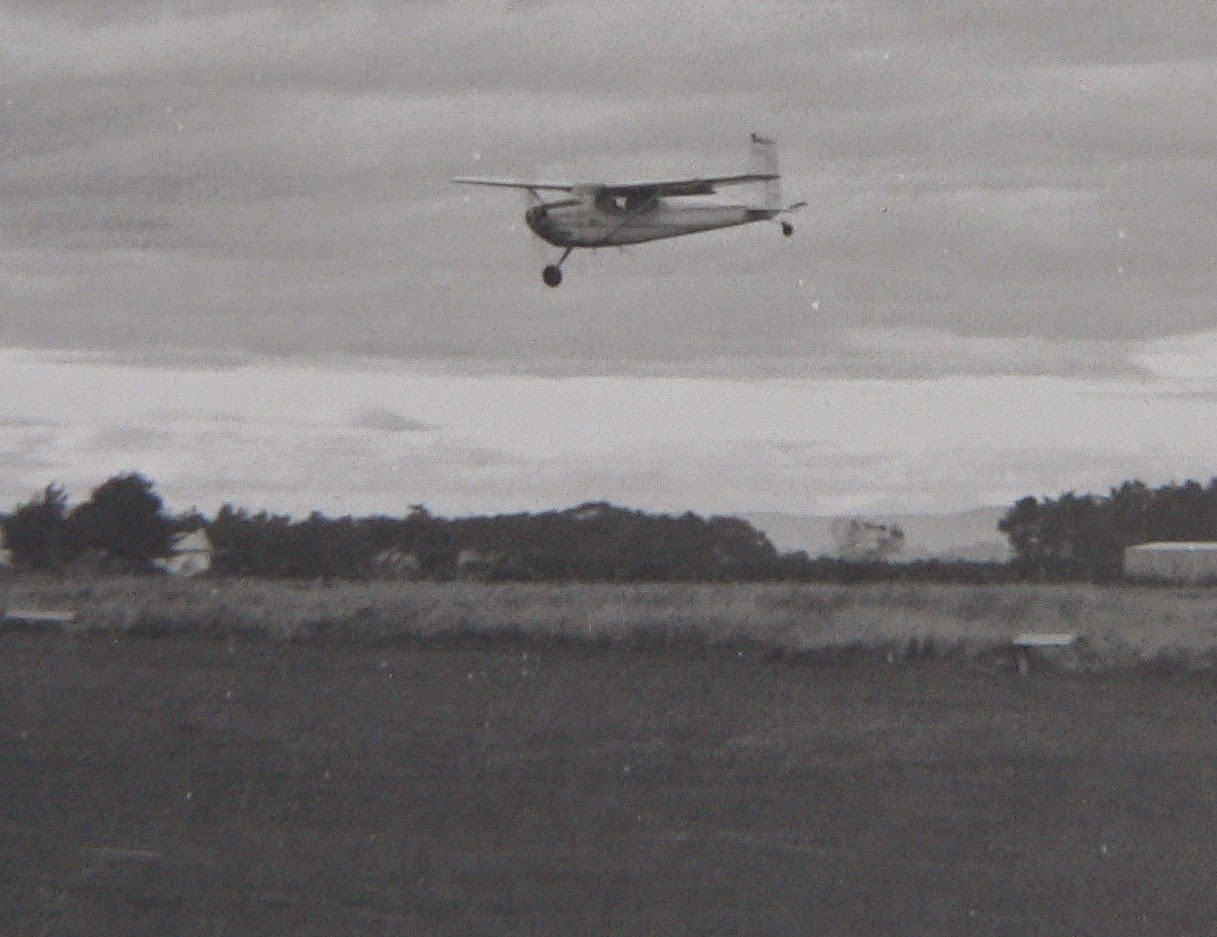 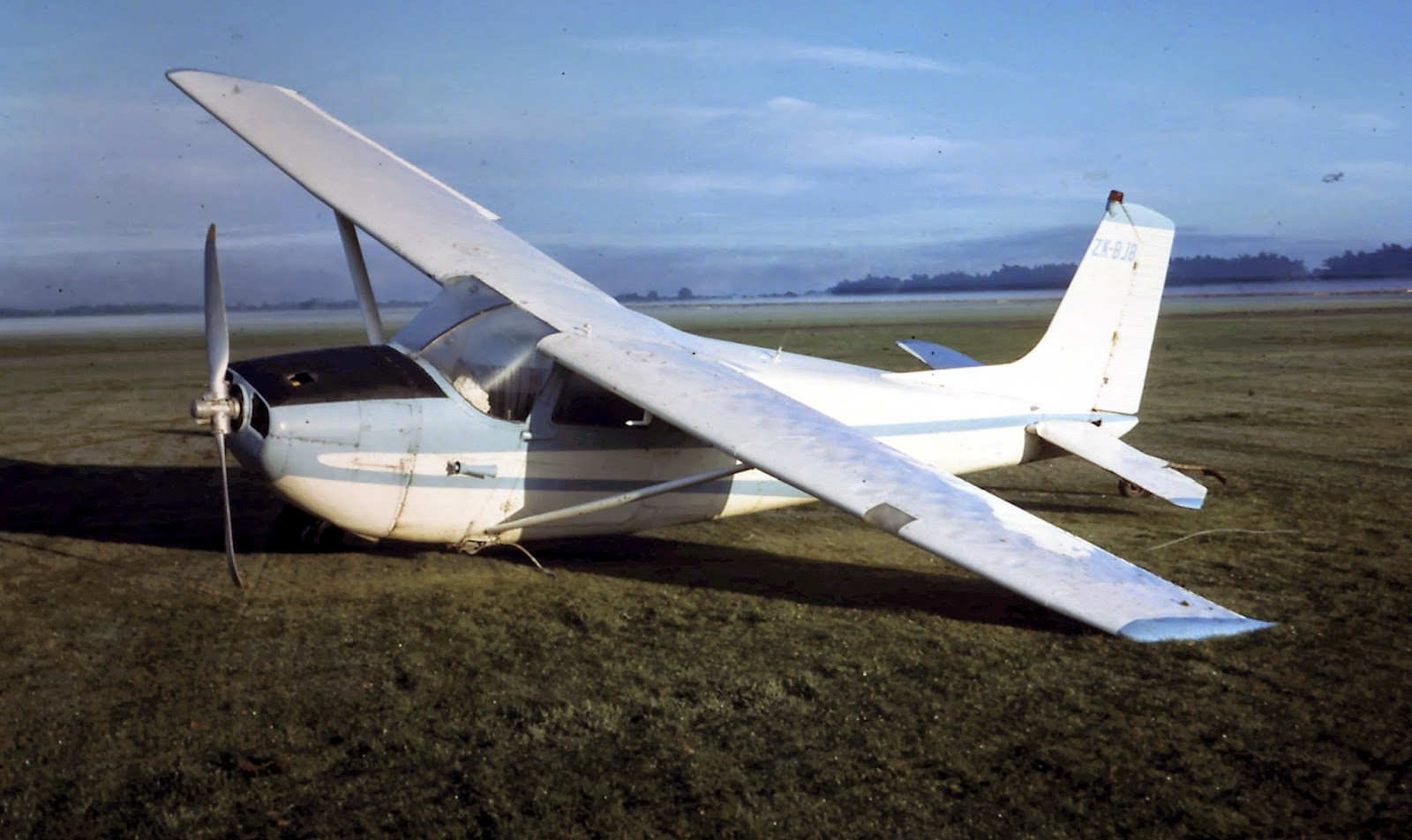 Below is a closer shot of the tail end. 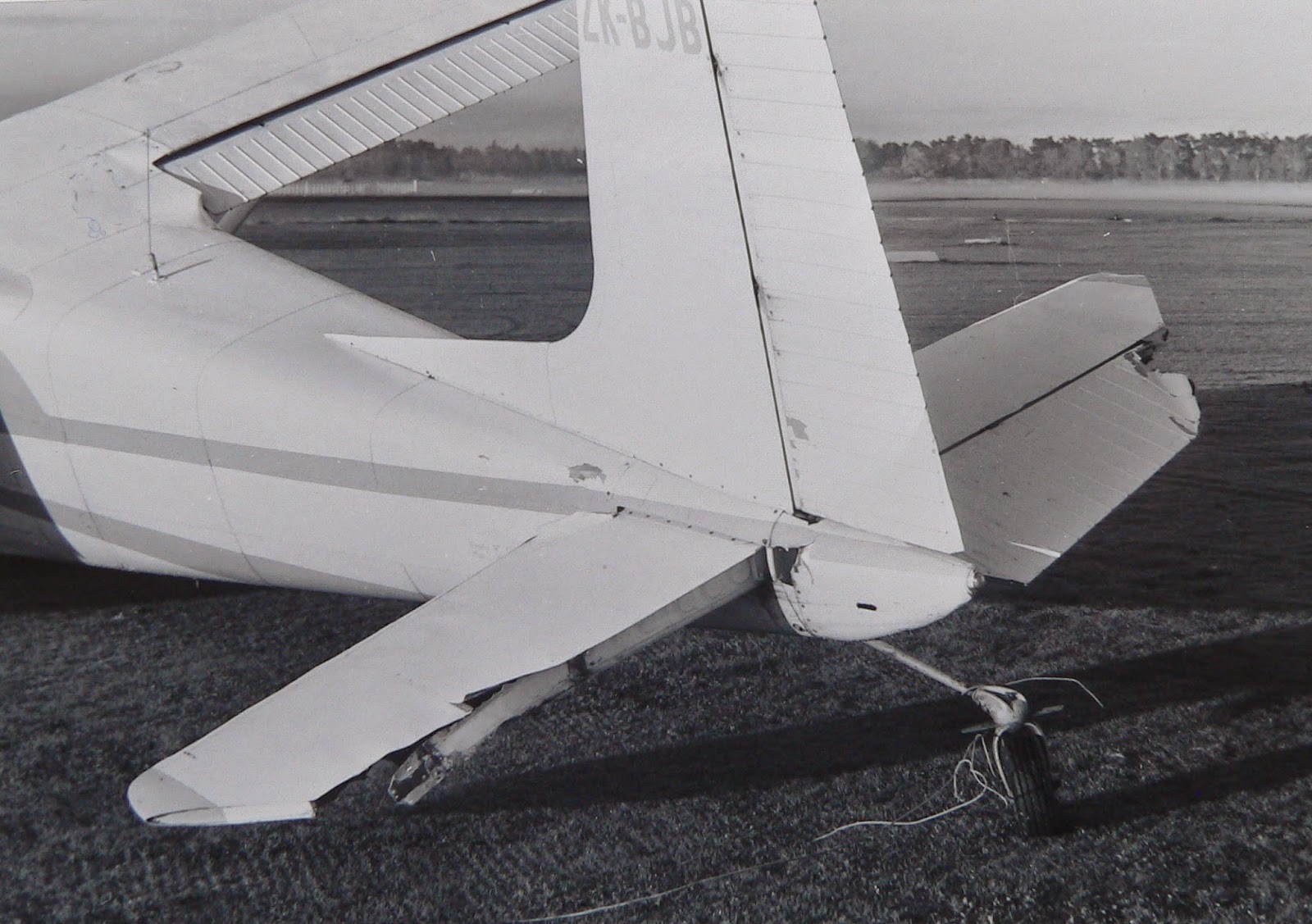 Following repairs and a re-paint is is seen below at Taieri on 02-11-1970.
By this time it had tail graphics and the name "Patrille" below the cockpit. 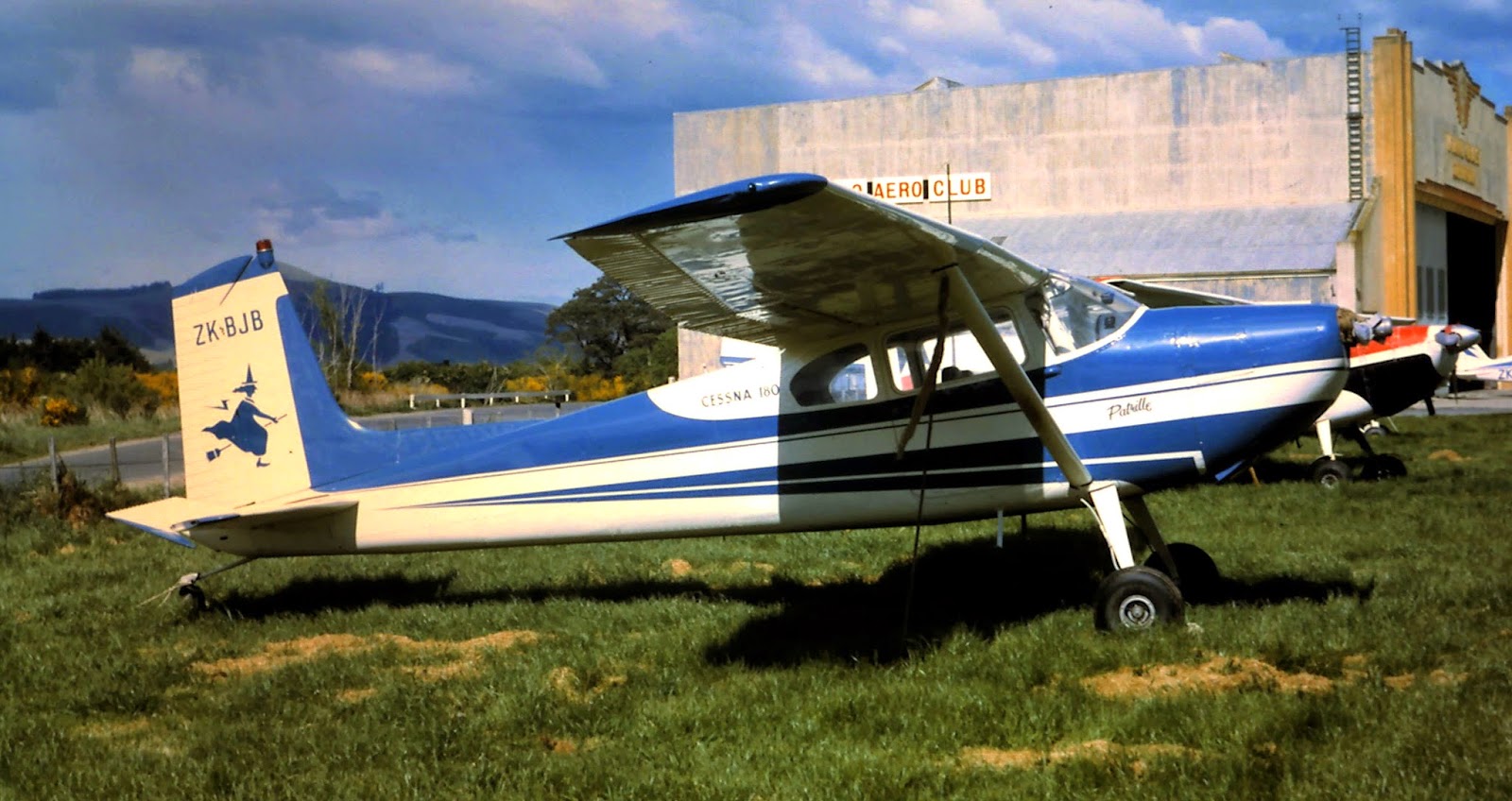 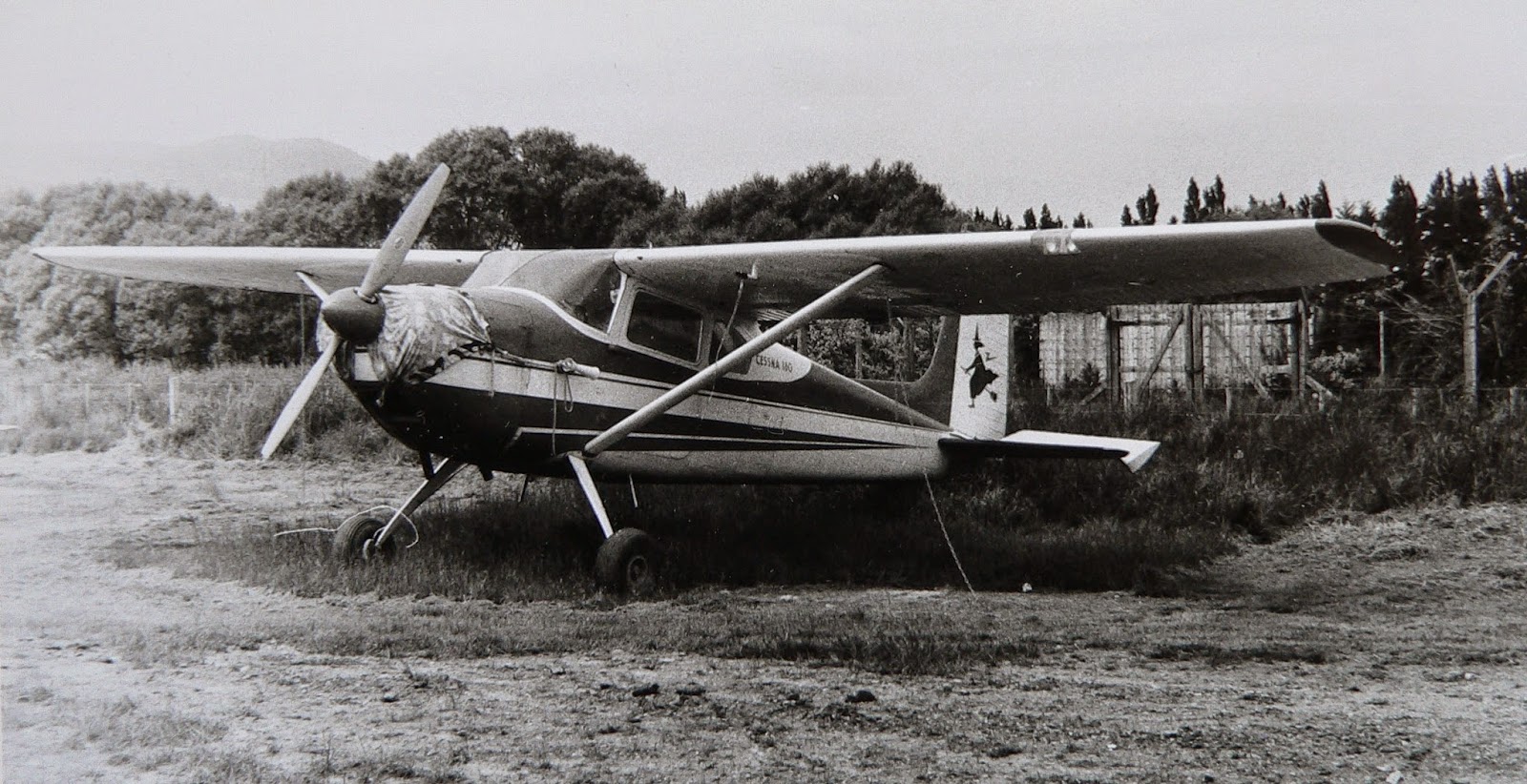 A (Tony) J and B R Mackle of Kaikoura listed it from 15-12-1980 and based it on a strip along Mill Road at the northern end of town.
Below we see it outside the old Canterbury Aero Club premises at Christchurch on 17-07-1986 - in yet another paint scheme. 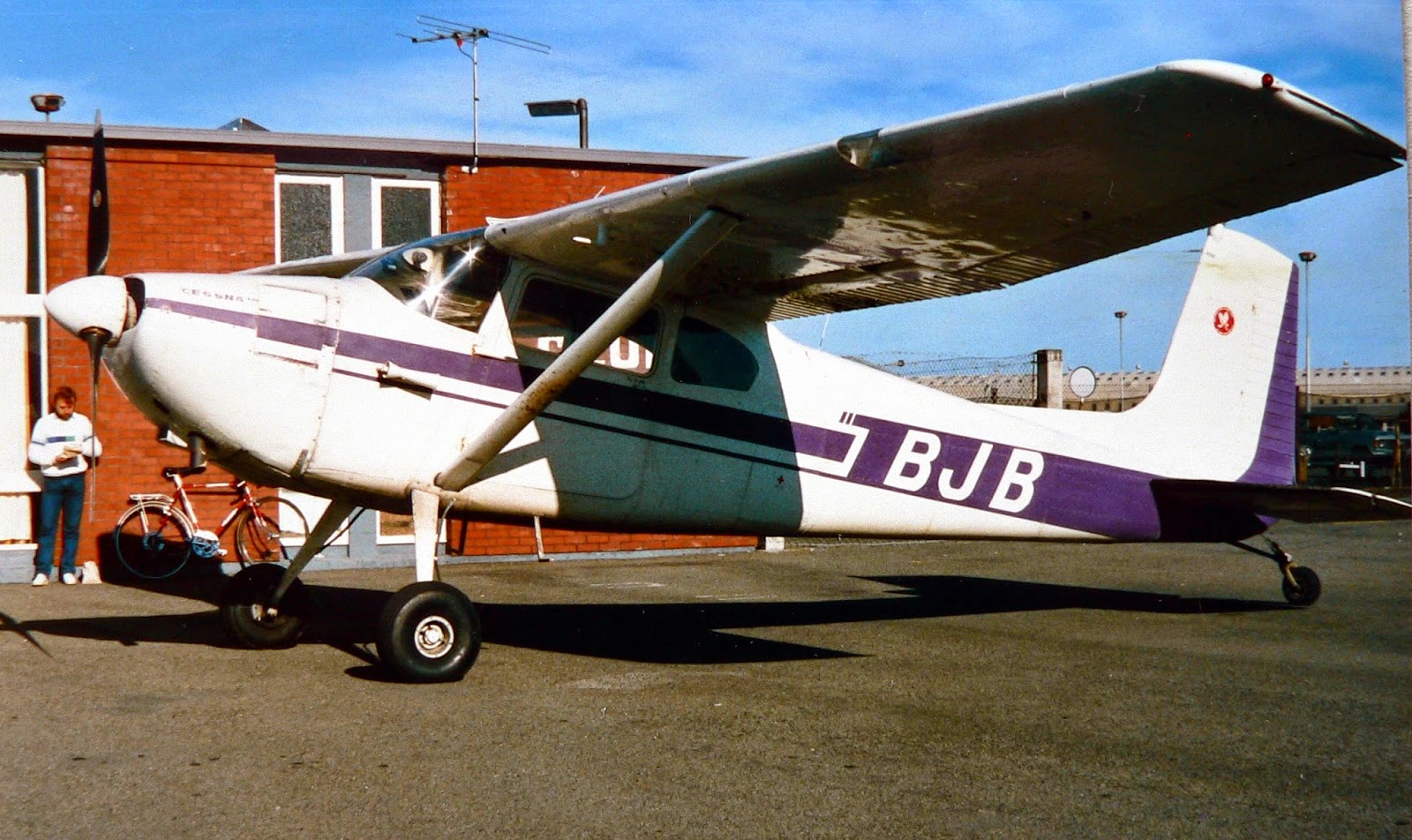 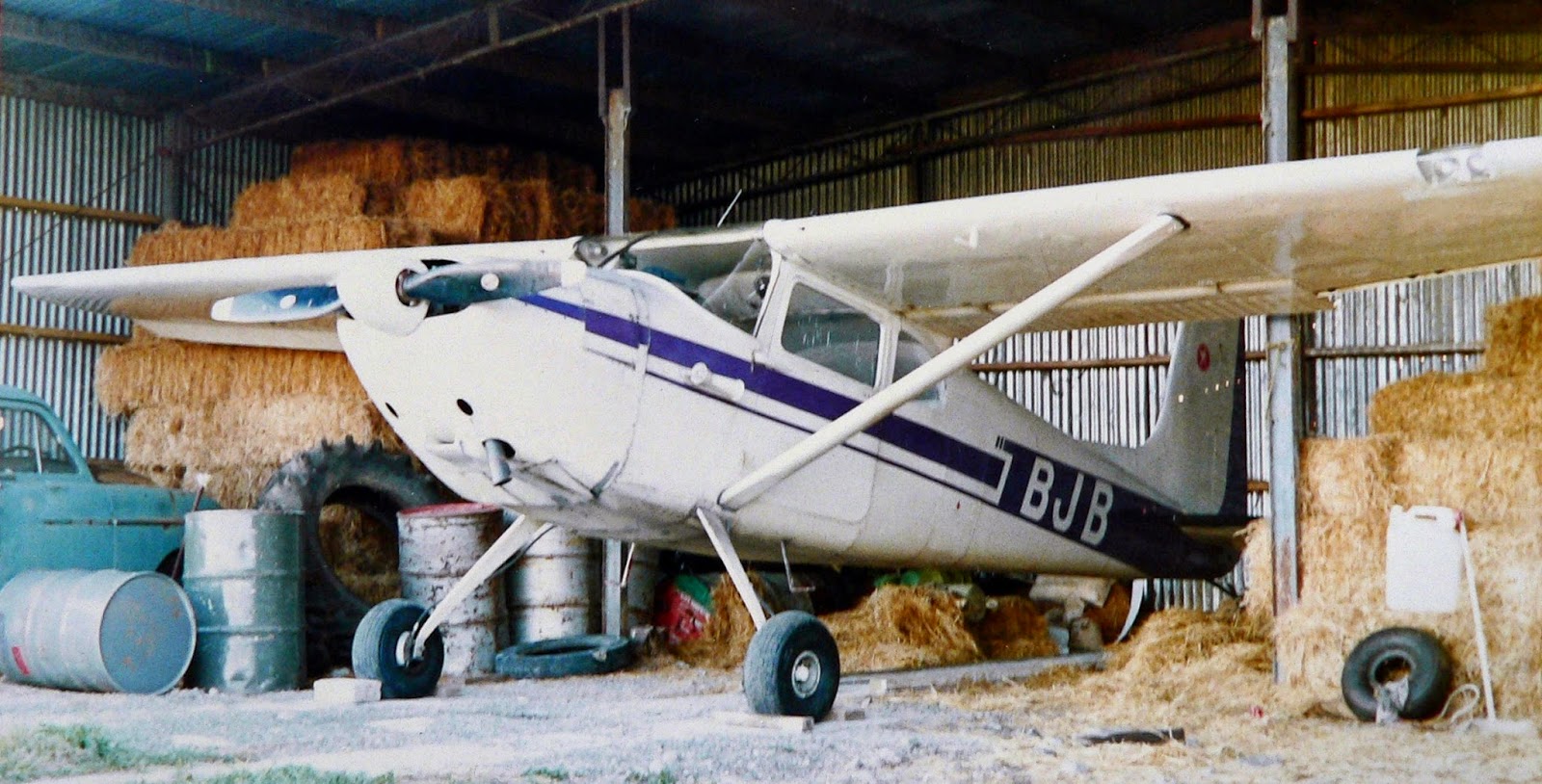 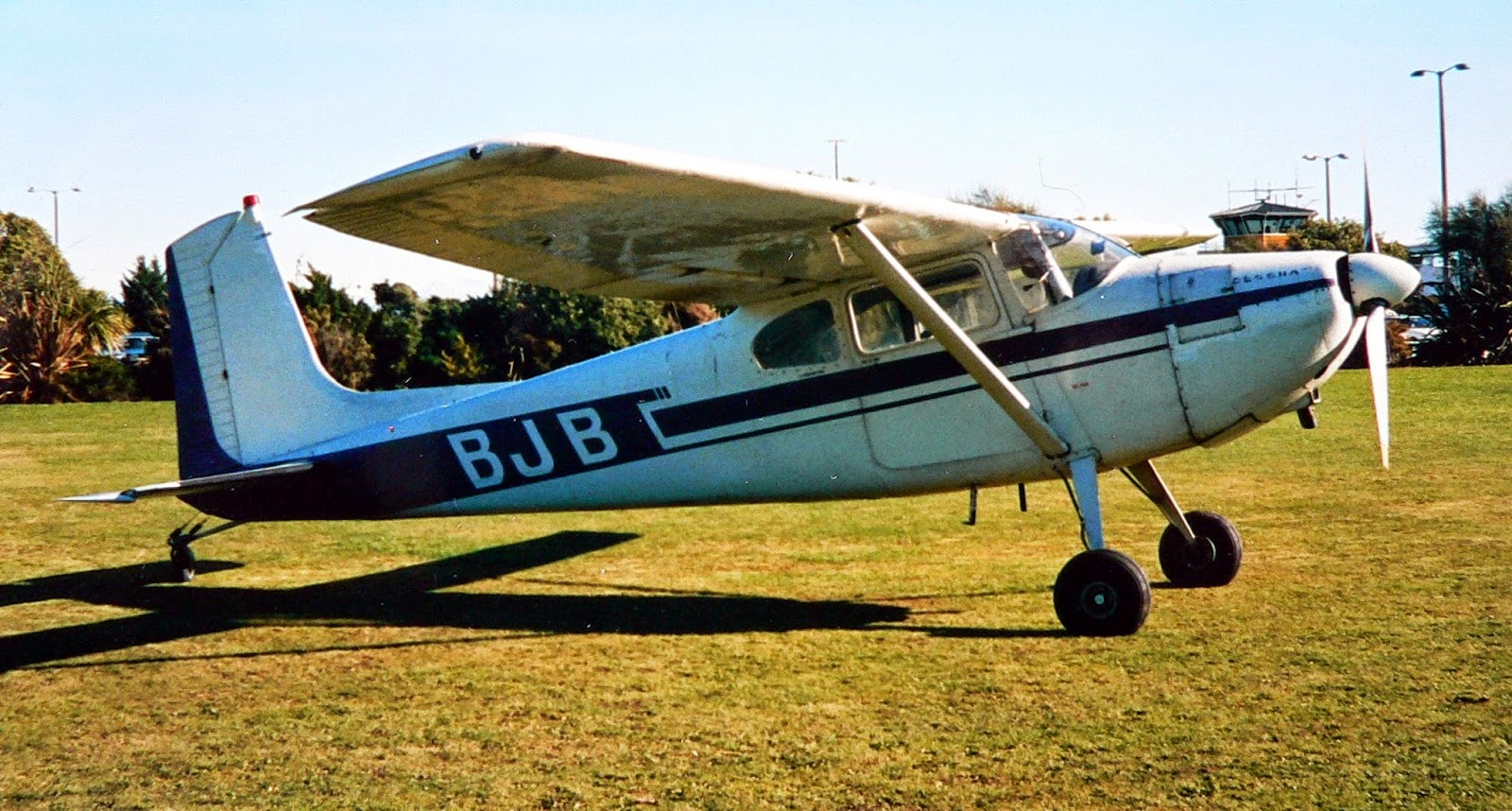 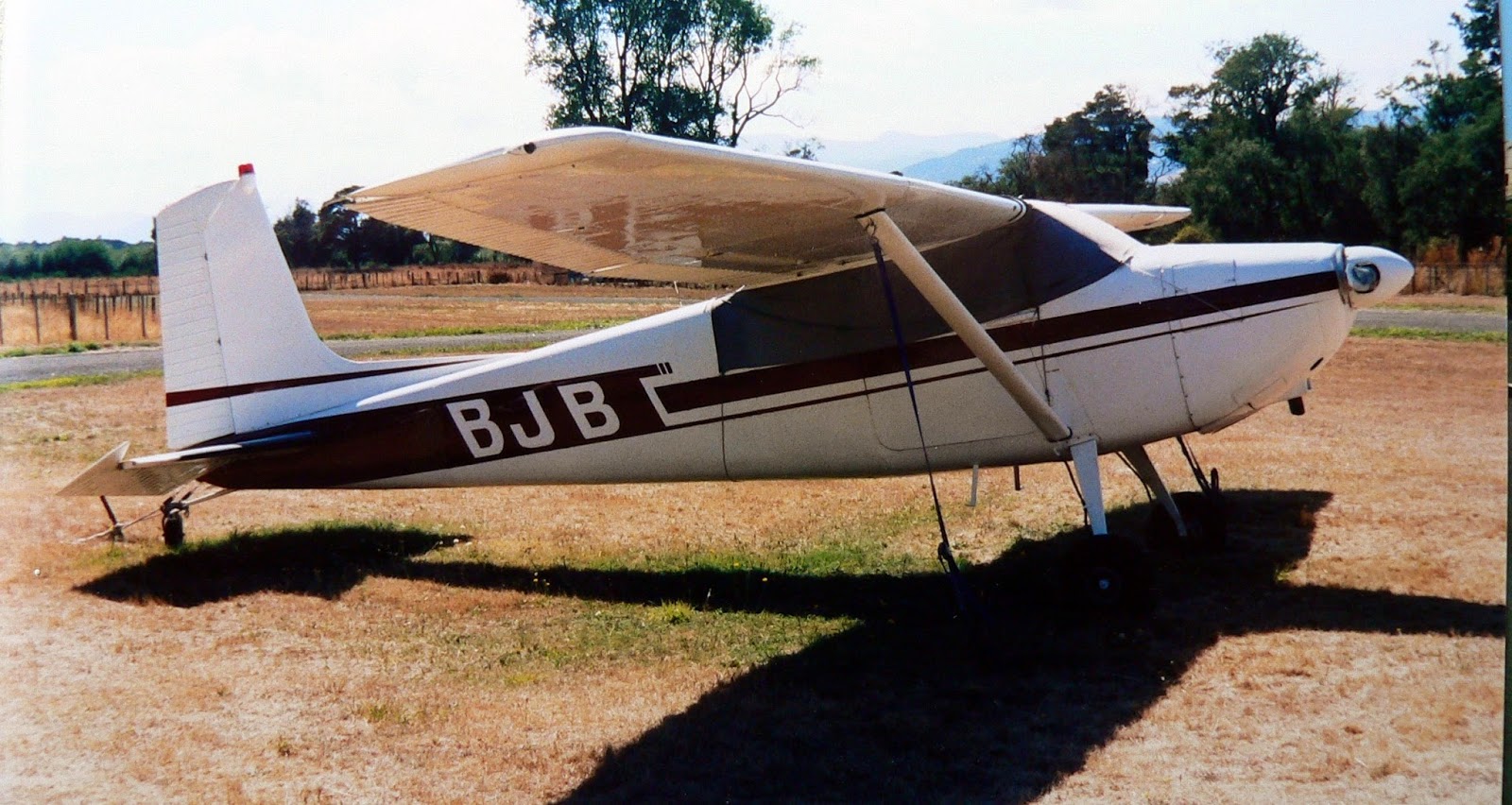 It is still with Tony and currently undergoing its Suptemental Inspection Document (SID) inspection
Posted by Blue Bus at 13:25