A trip to Wellington last week provided an amazing kaliedoscope of World War 1 remembrance experiences - the parade of Peter Jackson's WW 1 vehicles through the streets of Wellington from Parliament Grounds to the new WW 1 Pukeahu Memorial Park, with a flyover of three WW 1 biplanes (a DH 5 and two SE 5As), a visit to the Sir Peter Jackson Great War Exhibition,  the Anzac Day dawn service and The Vintage Aviator Anzac Day open day at Masterton, all held in wonderful weather. 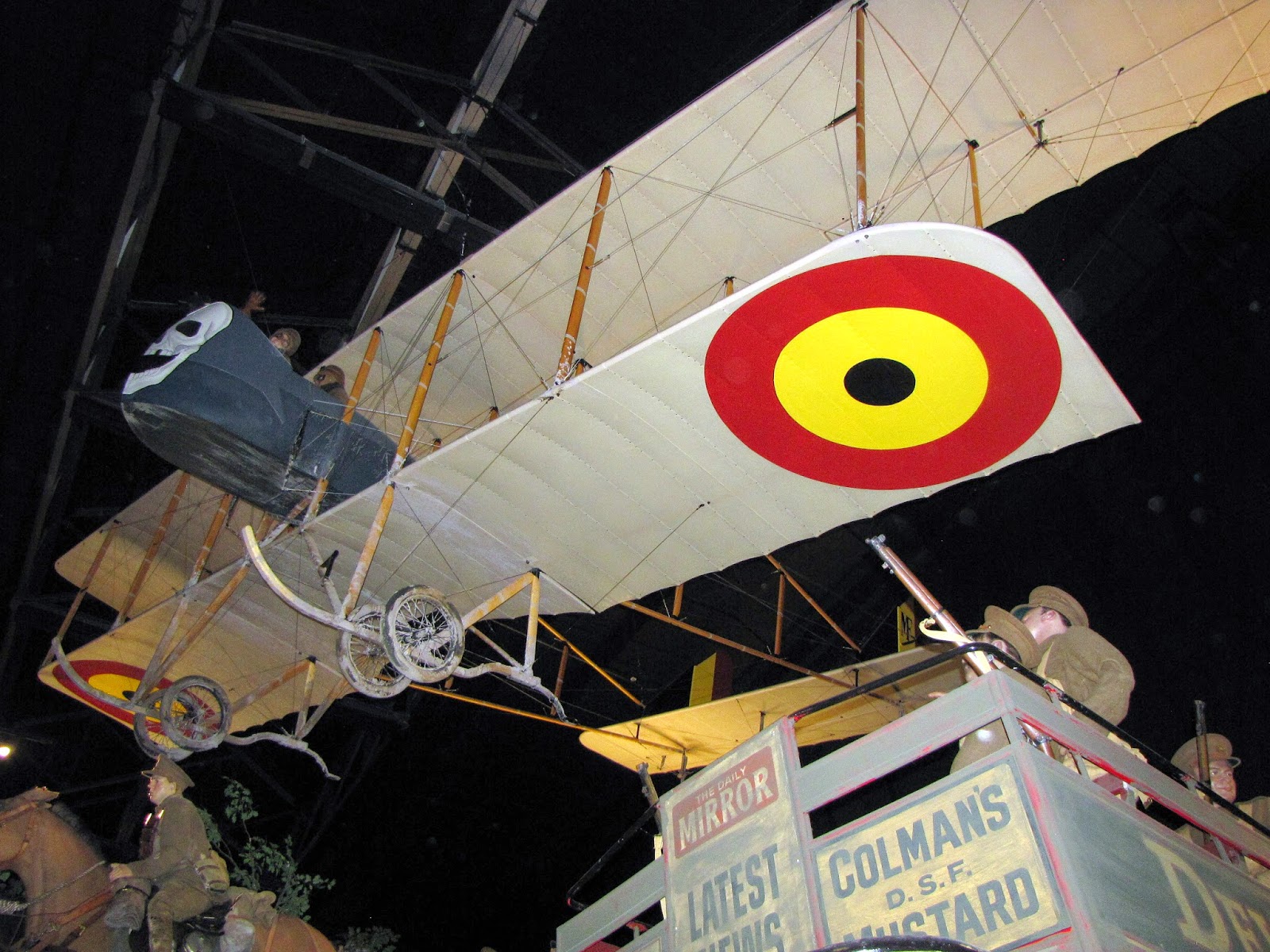 The Sir Peter Jackson exhibition contains some aircraft displays (no surprises there) including this aircraft which I understand is a Maurice Farman Type MF 11bis in Belgian Air Force markings. 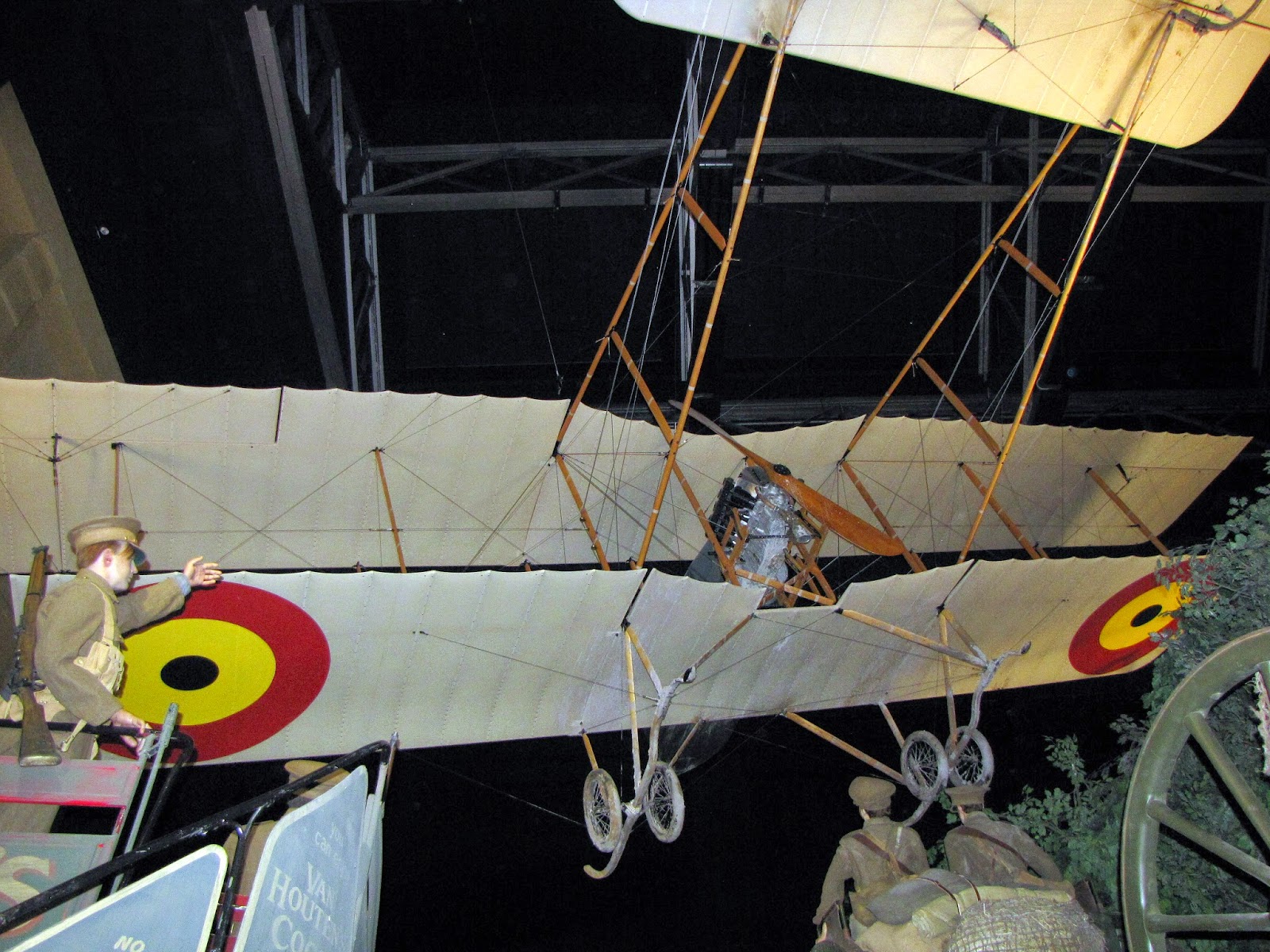 I did know that The Vintage Aviator had such an aircraft (actually a Henri Farman F40), which was swapped from the RAF Museum in the UK.  However I understand that the display aircraft is a non flying replica that has been made at the TVAL workshops in Wellington.  Can anyone confirm any further details of these aircraft? 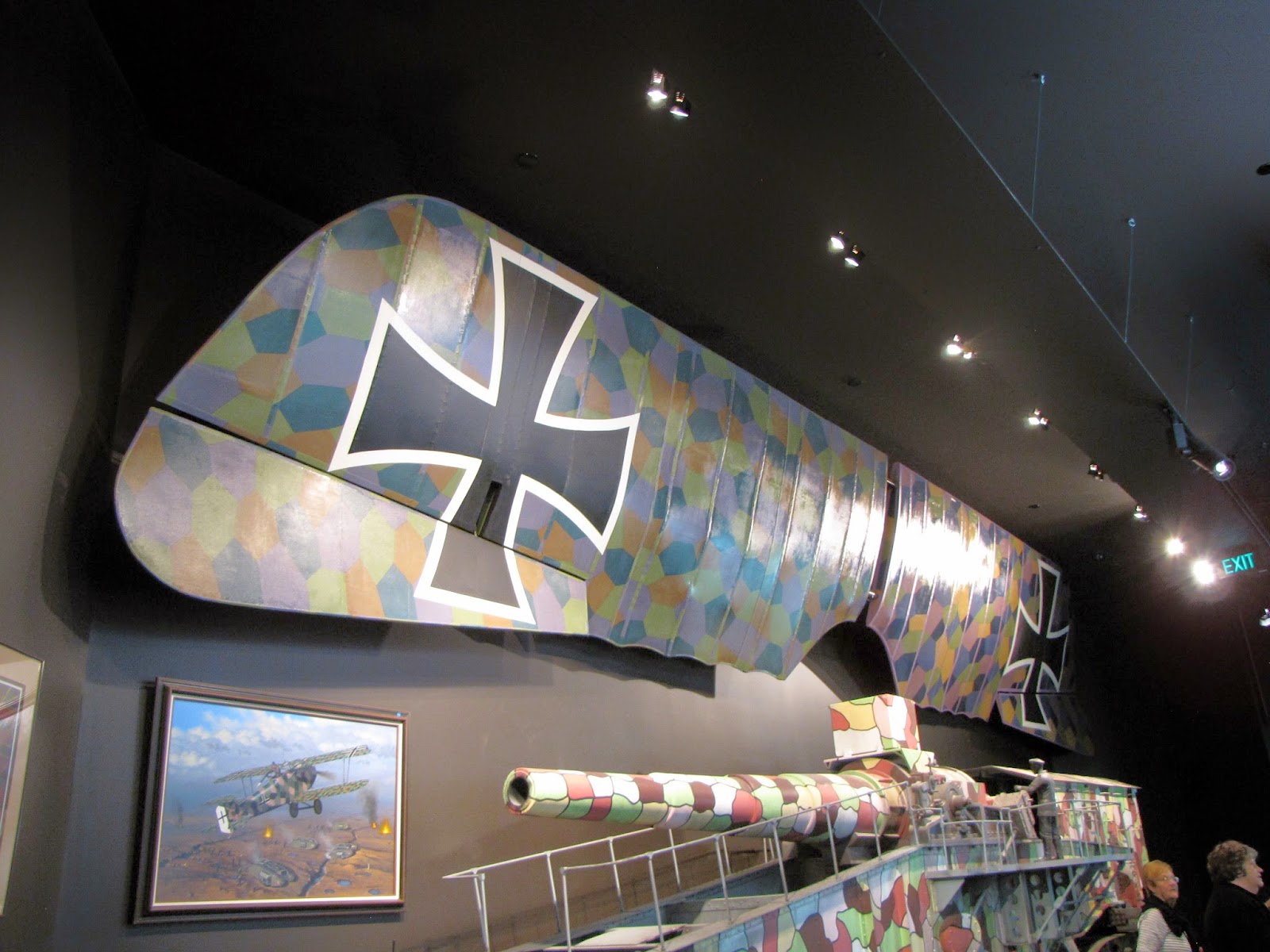 And in another area of the exhibition is this wing which I think is the top wing of an Albatros D VA.  As can be seen there are also aircraft paintings in this area.  The gun in the foreground is a model of a large gun from a battleship that was mounted on railway bogies and is painted in an accurate bright camoflague scheme.  However the gun suffered from several deficiencies in that it could only fire in the fixed direction of the railway track, and when it was fired, the recoil blew the whole lot off the tracks!