Bargeldo1 and the Bristol Freighter 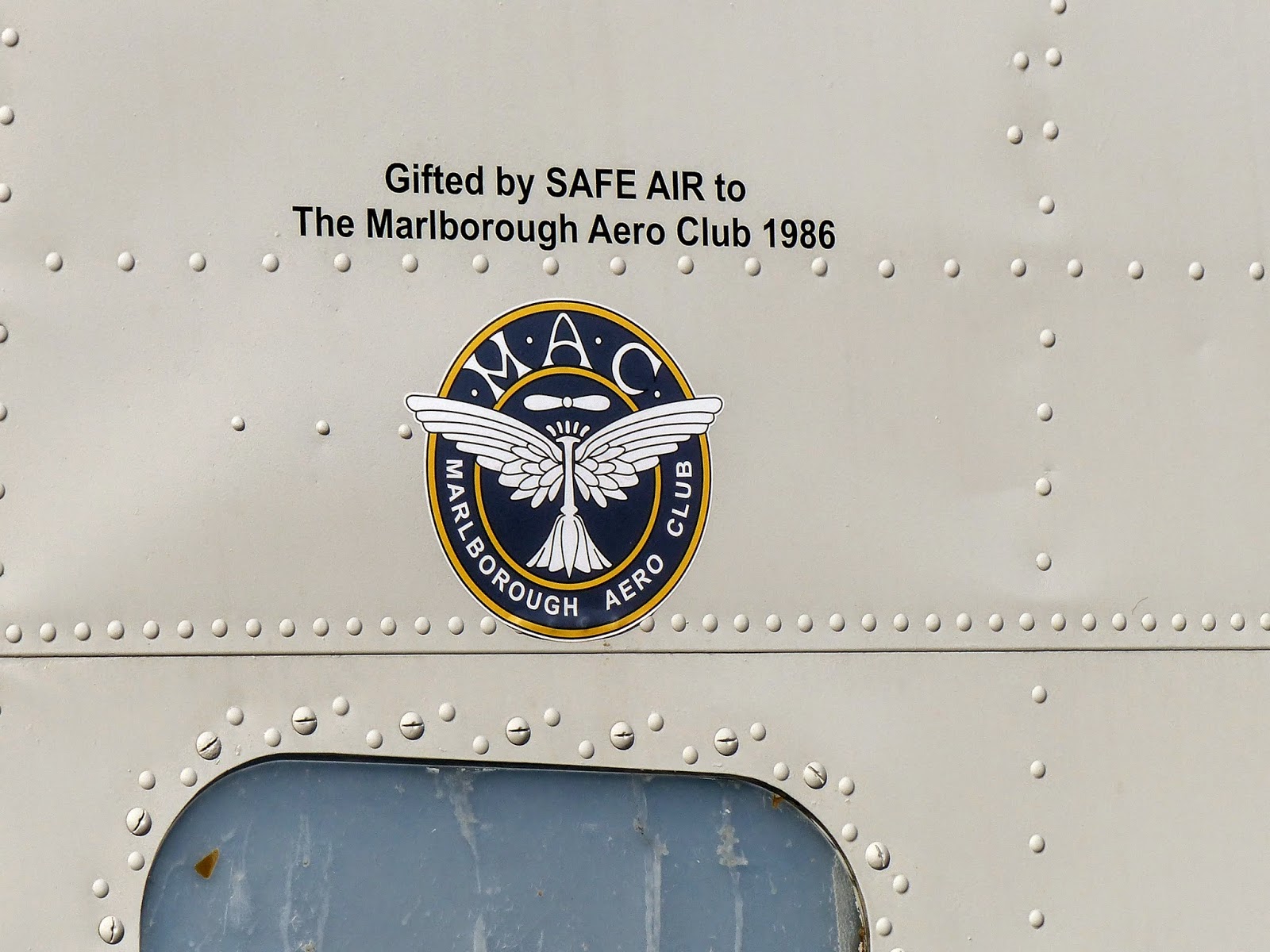 It was cancelled from the NZ civil aircraft register on 05-04-1991 and is now in the hands of the "Friends of The Bristol".

Below we see the cockpit lit up as they prepare to start her up for her twilight display. 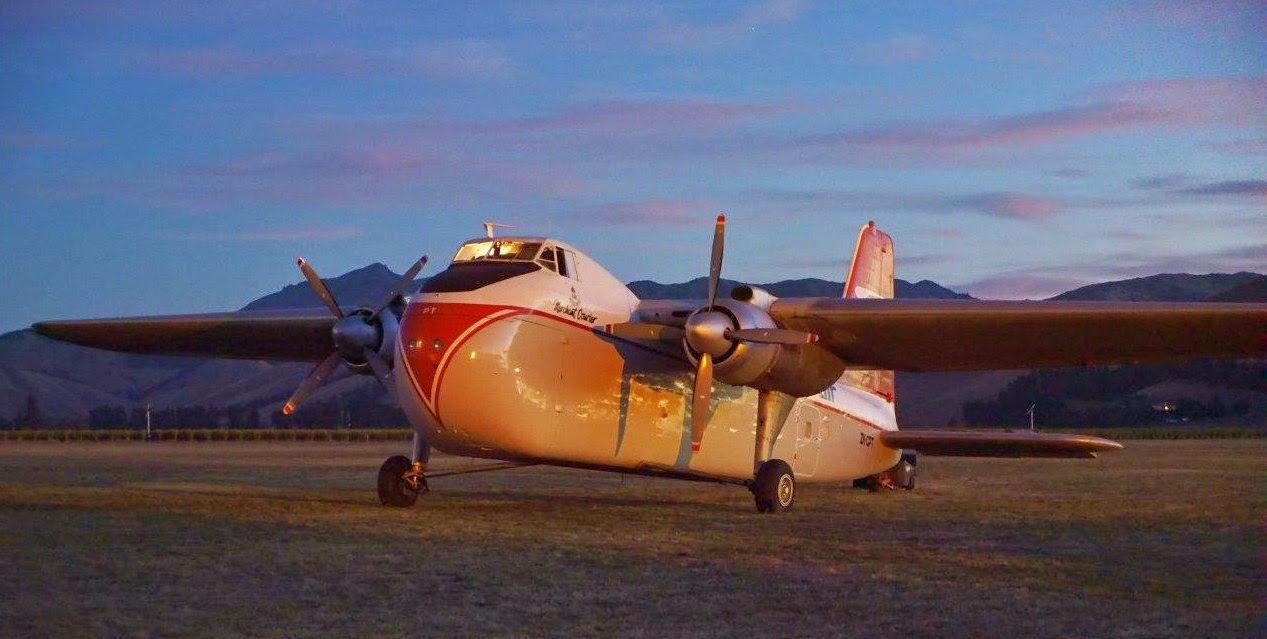 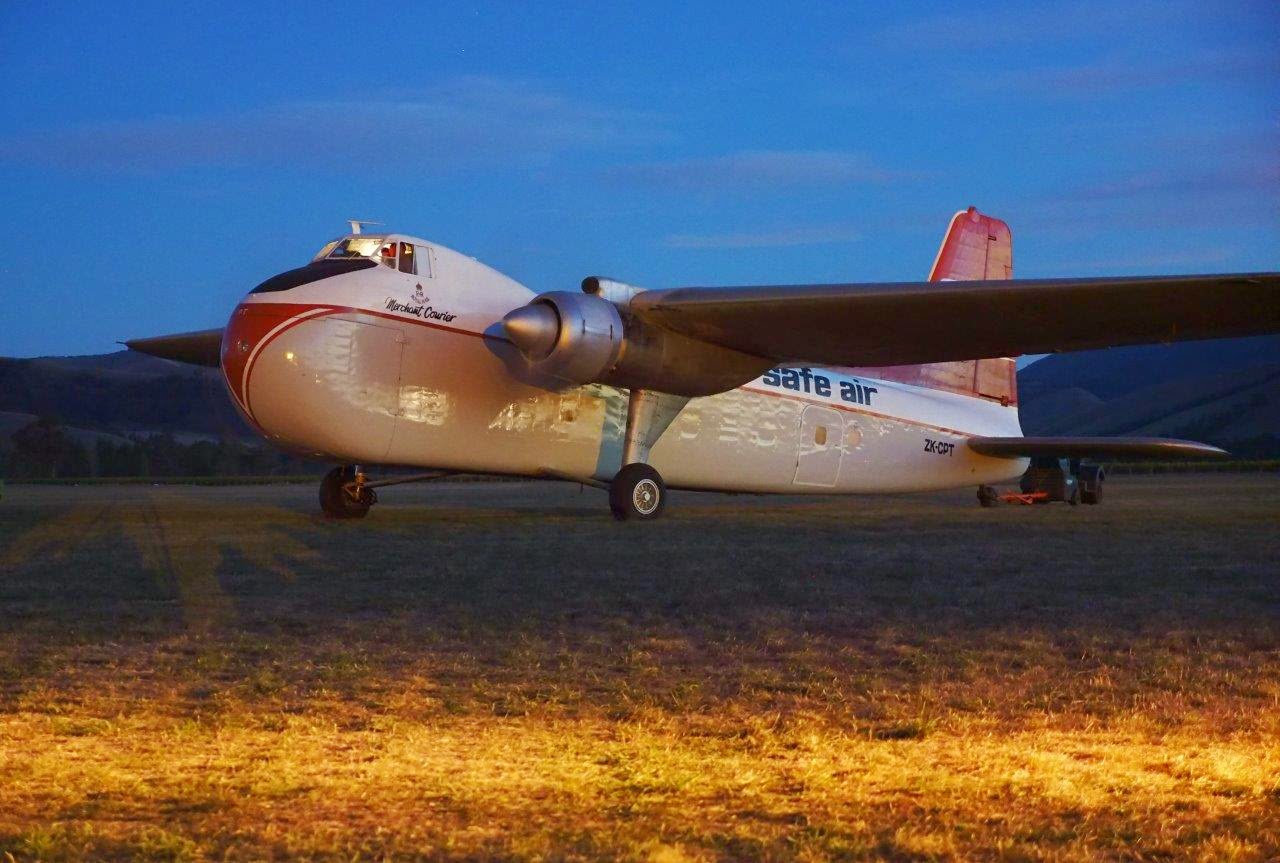 Above both engines are running.