The ICP Savannah S ZK-VHS (c/n 18-07-54-0623) is about to take to the skies again after repairs following an incident in December last year in the top of the South Island. 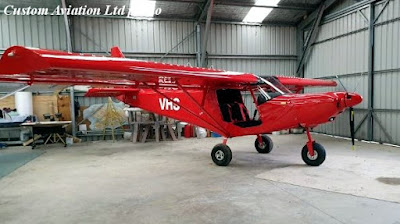 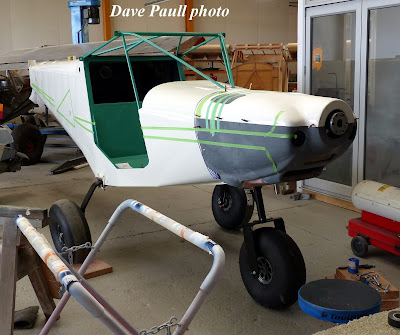 And nearing completion is the ICP Savannah yet to be registered as ZK-CDZ2.
Above we see it at Rangiora on 12 November 2018 with its initial colour scheme layout masking tape applied.
And below as at 6 December 2018. 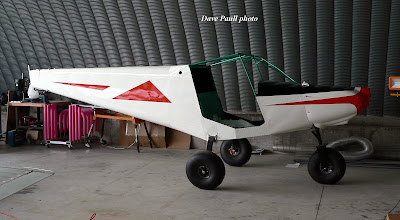 The colour scheme replicates that of the original ZK-CDZ which was a Fletcher FU24 with Thames Aerial Top Dressing Co Ltd (TAT Co) between 1963 and 1980.
And below as it nears completion at Forest Field. 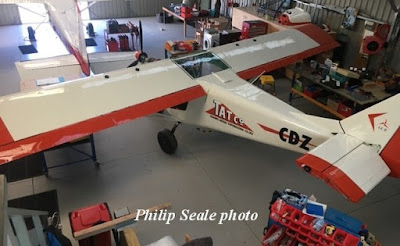 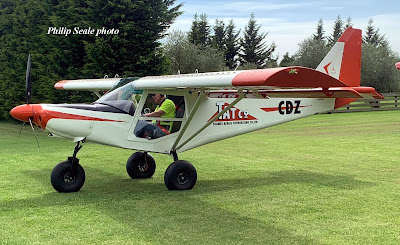 Above.
An engine run yesterday (8th November) at Forest Field by John McClelland  (part owner of  Savannah ZK-SRT) who is assisting with the finishing of the aircraft.
It now just awaits its wing tip strobe lights followed by a CAA survey 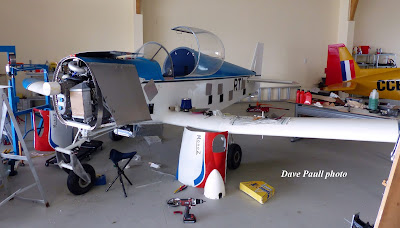 Another project being worked at slowly, mostly by Peter Collins, is the Zenair Mono-Z CH-100 UL ZK-RTI.
For its earlier history see here

With thanks to Craig Millar of Custom Aviation at Taieri and to Philip Seale of Westwind Aviation at Forest Field.