Noted at Rangiora during the week were the Cessna U206F Stationair II ZK-DWV (c/n U20602585) of Wilderness Wings Ltd of Hokitika having a cargo pod fitted. 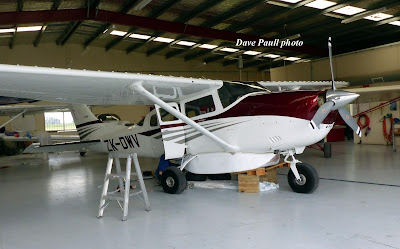 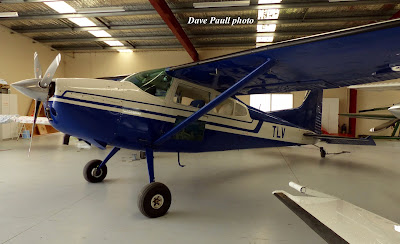 A recent import is this Cessna A185F ZK-TLV (c/n 18503585) as listed to Windwhistle Syndicate of
Windwhistle (oddly enough) on 24 September this year where it replaces the Cessna 185 ZK-CBS which has gone back to Patchett Ag-Air.
Previously VH-TLV3 it was noted below at Rangiora as such on the 27th. Thanks to Kevin Dore. 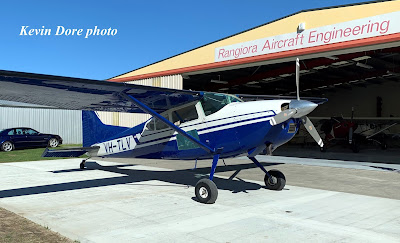