I called in to Kaipara Flats airfield this afternoon just in time to catch Tim Harrison returning from a local flight in his Glaser Dirks DG 400 motor glider ZK-GPL2.  Although Tim can operate his glider totally independently with its self launching capability, he was happy to have a hand to put it to bed. 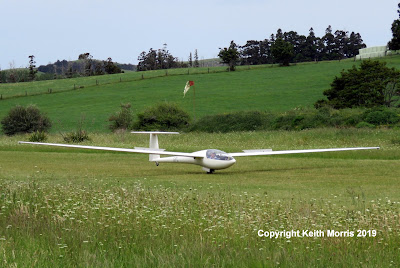 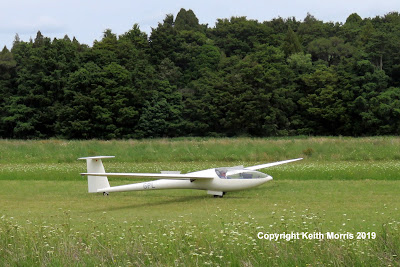 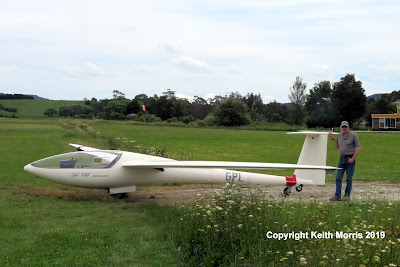 With the tail dolly and wing wheel in place, ready to push back. 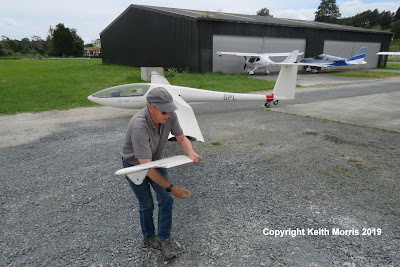 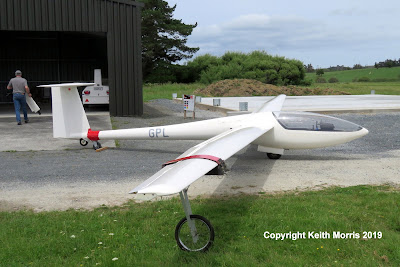 Now a 15 metre ship, with the new hangar in the background. 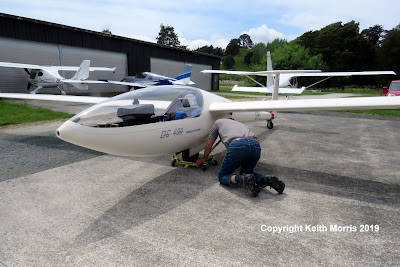 Then fit a neat hydraulic lifter with wheels for maneuvering, 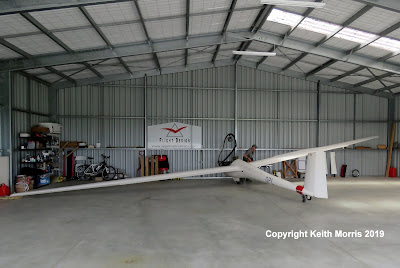 and safe in the back of Tim's hangar.

A previous post on ZK-GPL2 can be found HERE