As well as their newly flown Bristol Fighter, the NZ Warbirds have posted a photo of their latest replica WW 1 aircraft taken at Ardmore last week: 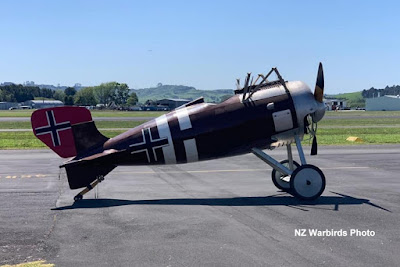 This aircraft is a replica Siemens- Schuckert D IV that is ex N1094G.  It was built by Carl Swanson of Darien, Wisconsin and it first flew in October 1981.  It was damaged in a forced landing in May 1982 but was repaired and appeared at Oshkosh in 1982.  Most recently it was displayed at the Planes of Fame aircraft museum in Arizona.  Interestingly, it is powered by a Gnome Monosoupape rotary engine producing 160 HP. 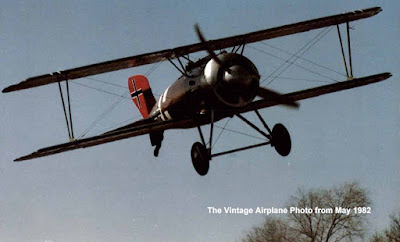