The next type of sport aircraft to be registered here in 2011 was the Cessna C 162 Skycatcher.

There was a lot of anticipation around the Cessna Skycatcher, which was introduced as a concept aircraft at EAA Airventure at Oshkosh 2006 as the Cessna LSA.  Then followed a somewhat tortuous development during which two of the prototype aircraft were lost in spinning testing (with both pilots surviving - one by parachute and the other that rode the aircraft to the ground under a ballistic recovery parachute).  Cessna predicted big sales for the aircraft and by the end of 2008 the order book stood at over 1,000.  The first production prototype aircraft flew on 8/3/08 and the first customer aircraft was delivered in December 2009 (to the wife of the then Cessna CEO Jack Pelton).

Production was carried out at the Chinese State-owned Shenyang Aircraft Corporation which reportedly was much cheaper but met some resistance from American customers.  Then in January 2010 Cessna announced a delivery delay of six to ten months due to modifications required as a result of further spin testing.  The price was also increased from the original predicted price of "under US$100,000" to US$149,000 in November 2011, which made the Skycatcher more expensive than its LSA rivals (most of which also had better performance).  These factors combined to produce a slew of cancellations for the Skycatcher and the writing was on the wall.  In the end only 192 Skycatchers were sold while 80 remained unsold when sales were halted in February 2014.  These 80 aircraft were scrapped in December 2016, and their parts were used to keep the flying fleet going.

In its originally proposed form at Oshkosh 2006 the aircraft had a 100 HP Rotax engine and it did fly with this engine.  However along the way this was changed to a certified Continental O-200D, also of 100HP. and this means the Skycatcher is registered in the LSA category in New Zealand, rather than as a Class 2 microlight.

We have had five Cessna Skycatchers in New Zealand as follows: 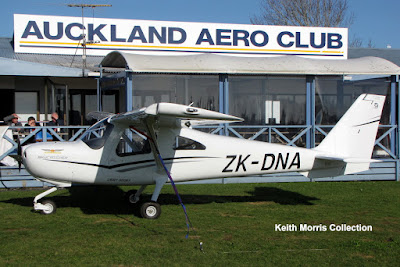 The first Skycatcher to be registered here was c/n 162000060 which was first registered in the US as N60360 to the Cessna Aircraft Company of Whichita, Kansas on 3/1/11.  Its American registration was cancelled on 6/5/11 and it was registered ZK-DNA2 on 1/6/11 to Flightline Aviation Ltd of Gisborne.  It quickly went on line with the Auckland Aero Club and its ownership changed to them on 30/9/11.  It is photo'd above at Ardmore on 2/7/11. 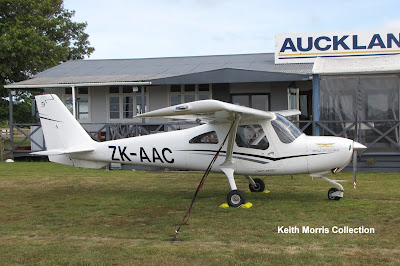 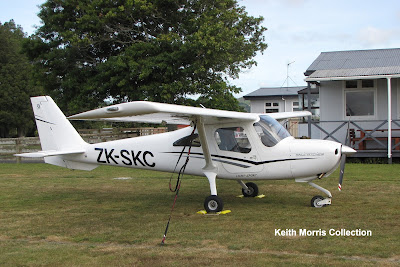 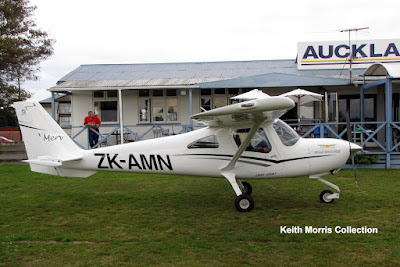 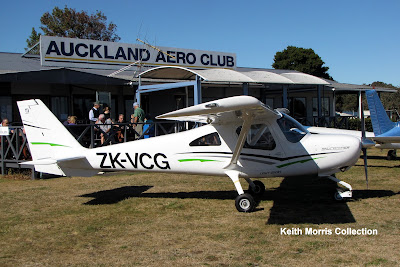 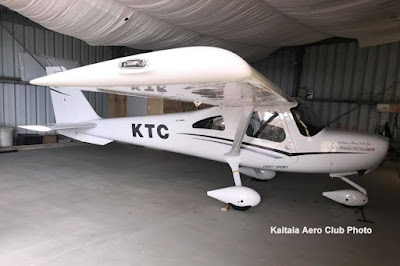 I had thought that we might not see any more Skycatchers here but in late 2018 the Kaitaia Aero Club purchased an example from Australia which was flown across the Tasman, arriving at Kerikeri on 28/12/18.

ZK-KTC (c/n 16200148) was allocated the registration N6028R in the US but that was not taken up and it was exported to Australia being registered VH-OCM2 to Airflite Pty Ltd of Perth, WA on 17/1/12 and later on transferring to Down Under Aviation Pty Ltd of Gatton, QLD.  I understand that it flew only a small number of hours in Australia.

Interestingly in an article in Kiwiflyer, Paul Muller of the Kaitaia Aero Club set out the plusses of their purchase of a Skycatcher including being a very low time LSA aircraft for a good price and that the O-200 engine is pretty bullet-proof with no radiator, no twin carbs, no gearbox.  And being lighter, smoother and smaller than a C 150 it has much more sprightly performance on the same 100 HP.  He does make good points but as an LSA the Skycatcher is registered as a GA aircraft. I hope it goes well for them.