When I was down in Wellington last week, I spent a short time with camera at Calabar Road just North of the  Broadway roundabout.  It was a Northerly with nice morning sun and I hoped to photograph Golden Bay Air's new GA 8 Airvan on take off before it got too high, but it was a no show that morning - I should have checked.  However the usual procession of aircraft processed, and I took the following photos: 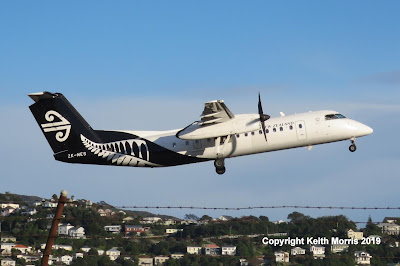 If you keep on taking photos of Q 300s eventually you will photograph one that hasn't been on the blog before, as is the case with ZK-NES2 (c/n 641). 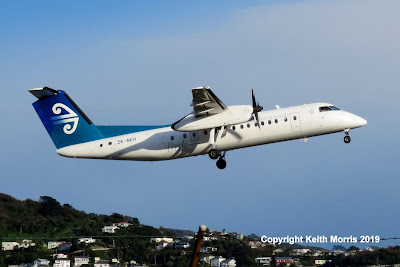 The old blue tailed scheme lives on on ZK-NEH. 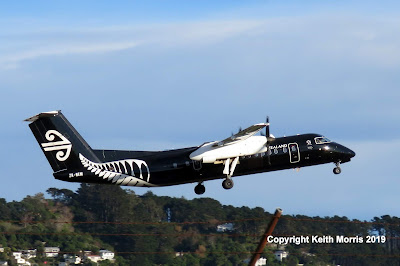 While the all black ZK-NEM completes the current range of Air New Zealand Q 300 schemes. 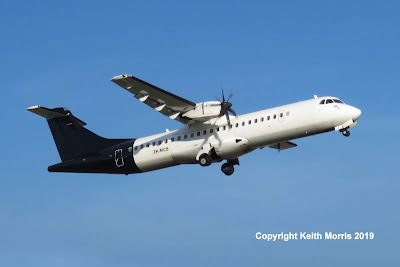 ATR 72-500 ZK-MCB3 must be on its way out in a plain black and white scheme with no titles. 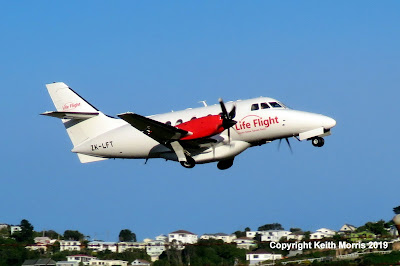 Life Flight was in action, with both their Jetstream 32s heading off for their medivac days work - here ZK-LFT2. 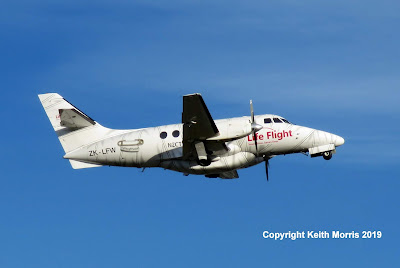 Followed by their bandaged ZK-LFW. 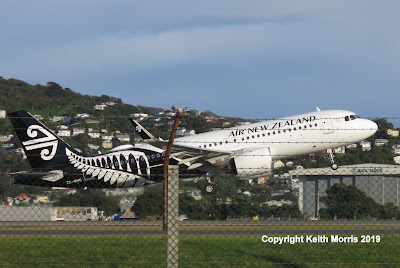 Then the limitations of my photo spot kicked in!  Air New Zealand latest Airbus A 320 NEO ZK-NHC (c/n 8833) departed, but on a lower trajectory.  However I include it here because it has not been posted on the blog previously. 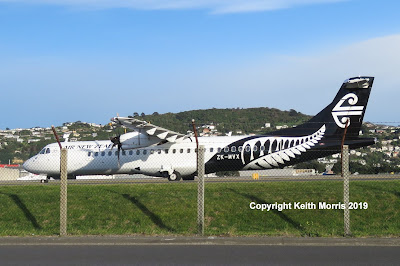 And now I am off back to Wellington!