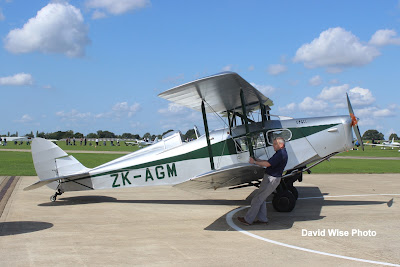 Actually, I did not realise that the New Zealand registration is a UK CAA Registration Mark Exemption scheme and the aircraft is actually registered as G-CIPJ (although this has been mentioned on the blog previously). 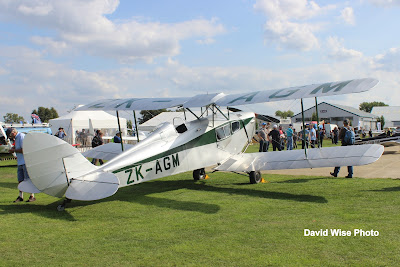 The aircraft is a long term rebuild of the original ZK-AGM which crashed near Wanaka in April 1963 and was itself a rebuild using parts of Fox Moth ZK-ADH with a new fuselage.

Previous posts on this aircraft can be found HERE (detailing its complete history), and HERE.


Thanks for the photos David.
Posted by Sir Minty at 19:59