As well as the good selection of TVAL's WW 1 aircraft at Masterton several weeks ago, there were a couple of nice Tiger Moths: 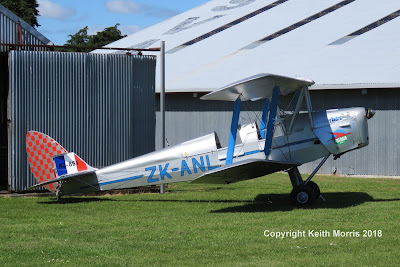 ZK-ANL (c/n 82512) appeared on the NZ Civil Register in February 1947, and was previously NZ861 which is painted on the fin.  It was the last agricultural Tiger Moth and carries the Fieldair logo on the nose as well as Astro Air script, although it is now configured as a 2 seater.  It is owned by the RJ and PA Wylie Partnership of Masterton 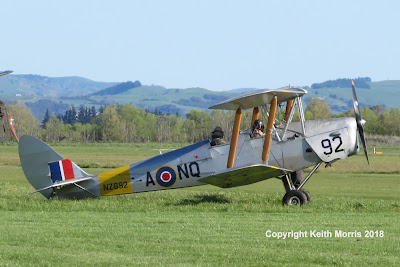