The Walter powered Fletcher FU24-950 ZK-PDZ as we know it today began life as an Airparts kit built up with Aerosmith modifications including the large cargo door making it a Utility Model with a 400hp Lycoming IO-720 engine.
It was registered as VH-EDP on 09-09-1971 to Pays Air Service (Pty) Ltd at Scone in NSW having first flown on the 6th.
It then went out on a short time lease with Dillingham Mining Co. (Mining rather than survey).
On return to Pays it was converted to ag configuration and first flew in this mode on 23-03-1972.

These first two monochrome pics show VH-EDP at Gloucester on 09-04-1977.
(The stain on the ground beneath the wing is in fact the glue from a sticky label used on the rear of the photograph).

It was sold to Airfarm Associates at Tamworth in march 1980. and then to Acraman Holdings Pty Ltd of Uralla, NSW from 14-11-1983.
This airframe was freighted into Hamilton in December of 2003 for refurbishment back to Utility mode and for conversion to Walter Turbine power by Turbine Conversions Ltd.
It was registered as ZK-NZS2 to Skydive Tandem Ltd of Christchurch on 19-02-2004 and first flew as such from Hamilton the following day. It then went down to Masterton for modification for its new parachute role.
It was then based at Wigram and later at Ashburton 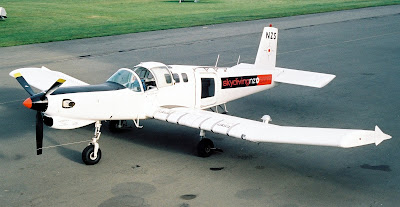 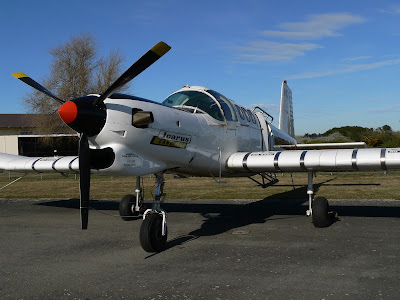 Above - same date at Ashburton - 21-08-2008 - with 'Icarus Canopies' on engine cowling and still with the round marks on its vertical tail and 'SkydivingNZ.com' on fuselage side. 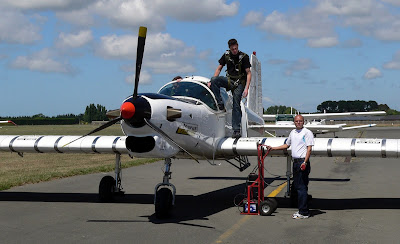 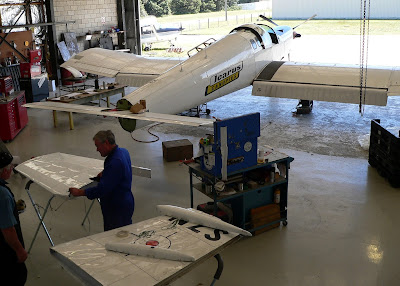 Now on 03-11-2010 it was at AVTEK at Timaru having its vertical fin replaced.
Here we see the old (with 'target') and the new all white version.

And now we have five neat photos of ZK-PDZ operating out of Glenorchy taken during the recent Easter Weekend by Tanya Salter.
It now carries the 'Skydive Paradise' markings. 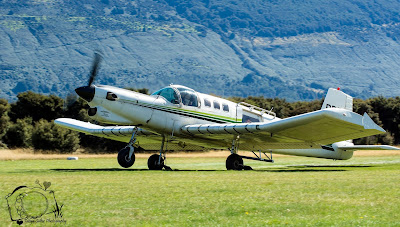 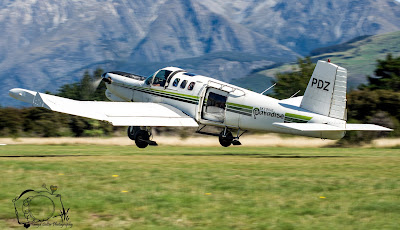 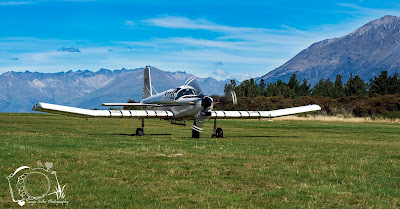 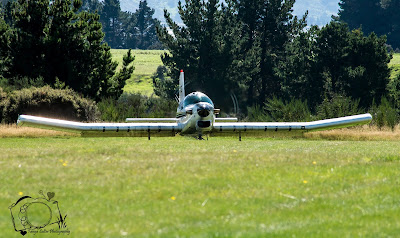