On the way back from Wanaka last Sunday we stopped in at my old stamping ground at Omarama.

The PZL-Bielsko SZD-48-1 Standard Jantar ZK-GMJ (c/n B1013) has been around since 1980. It was briefly with John Upton and then to Rob Garlick before heading over to Waipukurau to one John Tucker in 1989. The Jantar GMJ Syndicate of Waipawa appear from August of 1994 with an address change to Halswell more recently. Sounds like a Roger Read and Youth Glide arrangement.
Anyway - here the kids appear to have formed a committee to decide on which vector to use. 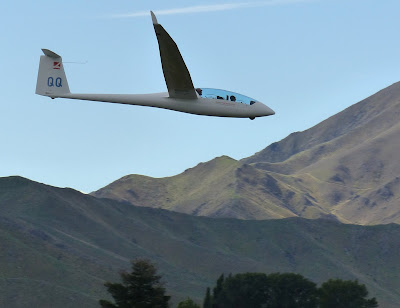 Another Glider Rental glider is this Schempp-Hirth Duo Discus ZK-GQQ (c/n 593) on a simulated competition finish along 09 to impress the Comanche boys and girls. 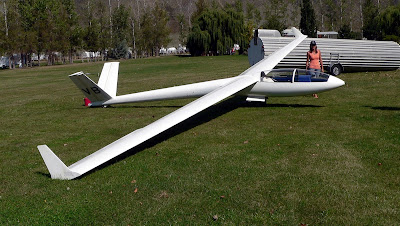