The recent appearance of the Martin Jetpack ZK-JMK2 at the Wanaka Airshow was another step in the long journey of the Jetpack.  It did fly at Wanaka but without a pilot whereas I had expected a manned flight following its first public manned flight in China last year.

The Jetpack is in fact a ducted fan craft that has been under development by its inventor, Glenn Martin, since 1981. 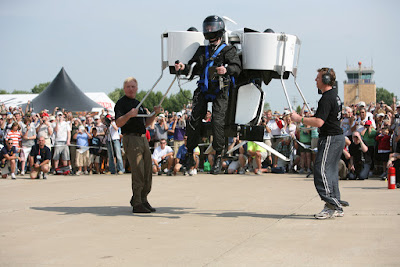 This is the first version of the Jetpack that was publically displayed.  It was at Oshkosh in July 2008 and that is Glenn Martin on the left holding the skid. 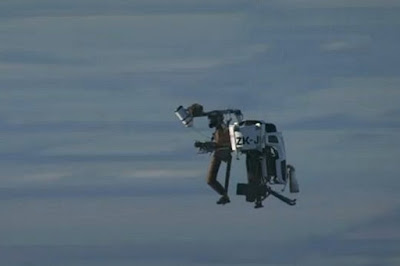 In August 2013 the New Zealand Civil Aviation Authority gave the Jetpack P 12 approval for unmanned test flying and the prototype P12 was registered as a Class 1 microlight.  However, it cannot strictly meet all the microlight regulations as it does not have a stall speed - it really is in a class of its own. 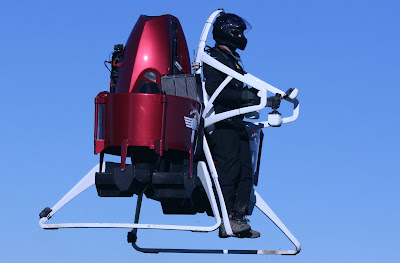 This photo shows the prototype P 12 Jetpack, also apparently during a manned flight.  It can be seen that the P 12 model is now quite a substantial machine.  The empty weight is 200 Kg and the MAUW is 320 Kg. 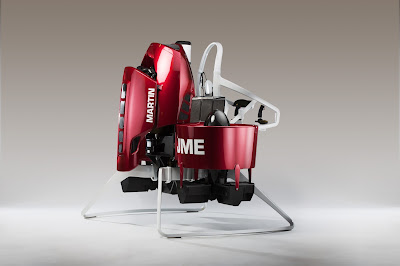 The prototype P 12 Jetpack ZK-JME3 (c/n P12-1) was first registered on 27/11/12, and this publicity photo of it is from the Martin Aircraft Company Ltd of Christchurch.

In November 2014 the majority of Martin Aircraft Company shares were purchased by Kuangchi Science, a Research and Development company focussed on near space technology, of Shenzen, China and the Martin Aircraft Company was floated on the Australian Stock Exchange in February 2015 in a heavily over-subscribed Initial Public Offering (IPO).  So the Jetpack has effectively been sold to China.

Then in June 2015, Glenn Martin left the company, citing differences in the companies path to commercialisation of the Jetpack and thereby further severing the companies ties to New Zealand.  I reckon that the Martin Jetpack now feels a little less "New Zealandy", but I guess that is the commercial reality of today's marketplace.  But enough pontificating! 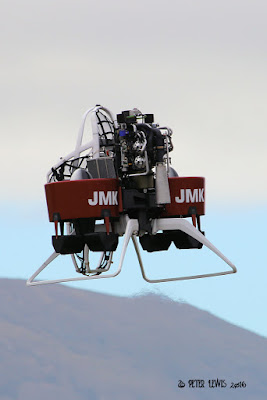 Thanks to Peter Lewis we have a photo of the unmanned ZK-JMK2 (c/n P12-3) flying at the recent Warbirds Over Wanaka airshow.