Several hangars were open at Rangiora when we visited and there were several sport aircraft of interest to me: 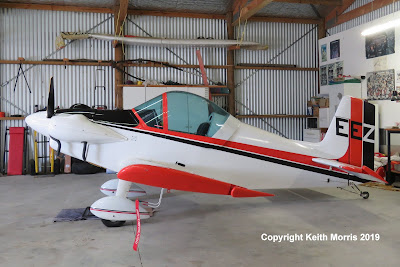 Terry Salmon's lovely Corby Starlet ZK-EEZ was looking very tidy.  I didn't realise until later that it now has a fully cowled VW engine (whereas it previously had its VW cylinders out in the breeze).  You can see its history at:  https://nzcivair.blogspot.com/2012/09/corby-titivation.html 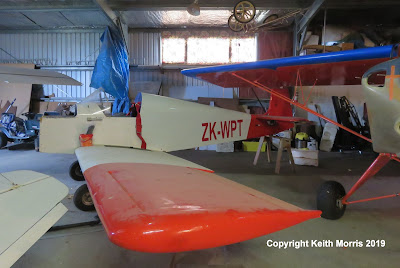 Terry also told us about Turbulent ZK-WPT in the adjacent hangar, and as I hadn't seen this aircraft before he kindly opened the hangar up for us.  It was recently purchased by a new Christchurch owner but it has a few matters that need sorting out before it can fly again.  It flew from Greymouth to Rangiora in 2014 but I understand it has not flown since.  This aircraft was finished by Alan Brizell of Westport and he posted about it on the blog HERE 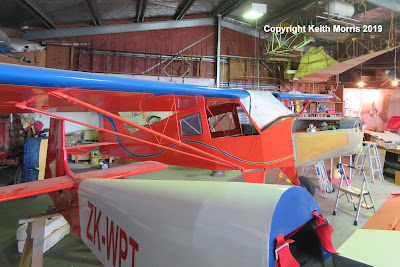 Then in the back of the hangar our next Karatoo is coming along nicely.