Dyn Aero MCR 4S (Only One) of New Zealand

I have posted the history of our only Dyn Aero MCR 4S as an addendum to the Dyn Aero MCR 01 of which it is a direct descendent. However I will post it again in date order as it was first registered here on 17/6/11.

The four seat MCR 4S features an increased fuselage length over the two seat MCR 01 and also has large slotted slats rather than the flaperons of the MCR 01.  It is a quite remarkable aircraft that can carry its own empty weight.  Construction is of a carbon fibre monococque fuselage and the wing has a carbon fibre spar and ribs with pre-formed aluminium skins glued on.  The prototype first flew on 14/6/00. 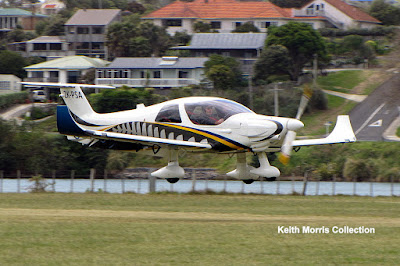 Our only MCR 4S to date is ZK-PSA (c/n 104) which was built by Peter Armstrong from an advanced kit that he initially built over several trips to the Dyn Aero factory in France.  The aircraft was shipped to New Zealand arriving in July 2008 and it was registered to Pestar Holdings of Auckland on 17/6/11.  Its first flight was from Ardmore on 27/7/11, flown by Norm Bartlett.  It is powered by a 120 HP turbocharged Rotax 914 and has a very advanced (for its time) avionics fit out with an all glass cockpit.

It had a forced landing adjacent to Alexandra airport on 6/3/16 but it was repaired. 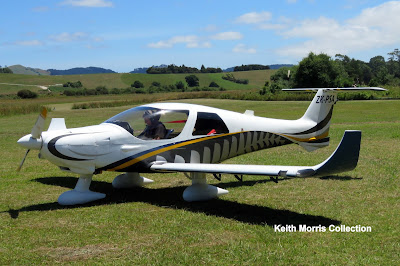 It is photo'd here at Kaipara Flats airfield on 19/1/19 after Peter Armstrong dropped me off from a trip to Dargaville for the Saturday lunch. 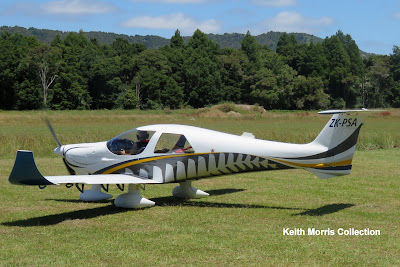 In the above photo you can see the large flaps and quite small ailerons.


And below Peter heads for home at Ardmore. 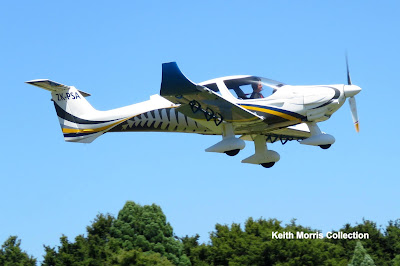