On my way back to Warkworth last week I detoured off to Pokeno airfield.  There is the roof of a very big hangar sitting there which will eventually be raised to house the Catalina.

However, of more interest to me was the West Aero maintenance facility and associated hangar.  Karl West kindly showed me into the hangar and said it was OK to photograph the aircraft and post them. 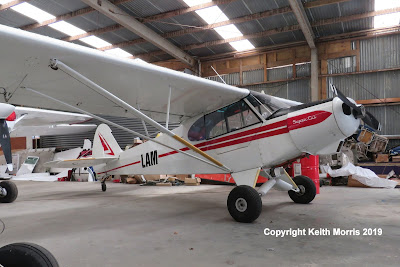 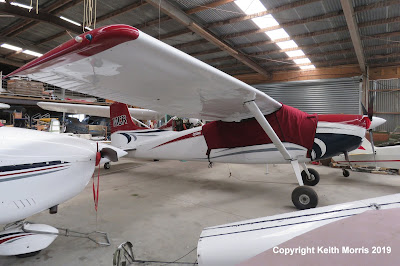 Ex Mt Cook ski-plane, Cessna A185F ZK-MCR is owned by Palms on George Ltd of Pukekohe.  I understand it may be exported to the US. 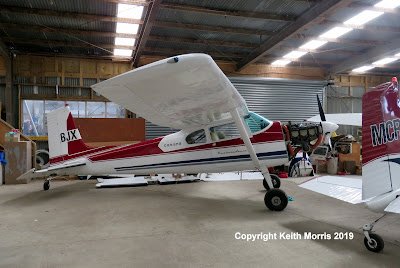 Ex topdressing Cesnna 180 ZK-BJX is also owned by Palms on George Ltd, and features a nice period Cessna scheme as a Businessliner. 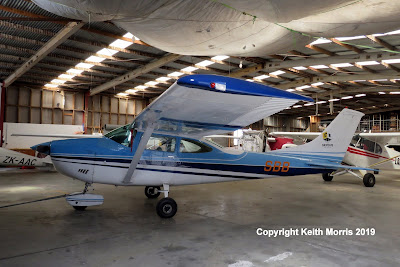 And the Mercer based skydiving Cessna 182N ZK-SBB was parked at the front of the hangar.  It is listed to GoSkydive New Zealand Ltd of Prebbleton.  In the background you can see the damaged Cessna Skycatcher fuselage of ZK-AAC2 which is under repair. 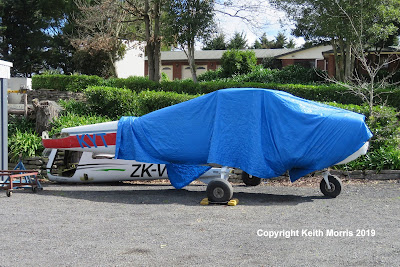 Outside was this covered Cessna U206G which was ZK-KYT.  This aircraft crashed at Moerangi in January 2005 and was cancelled in November 2005.  Behind is the damaged fuselage of Cessna Skycatcher ZK-VCG.

Also of interest was Beaver ZK-BVA2 which was having a hopper installed for a return to topdressing with Farmers Air.