I flew from Te Kowhai to Taumarunui today with Noel Bailey in Neil Ashton's Sierra RG ZK-SRG2, which is ex ZK-SJS.  It sure beats the two and a half hour drive. 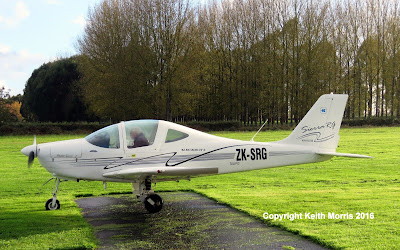 Warming the engine at Te Kowhai... 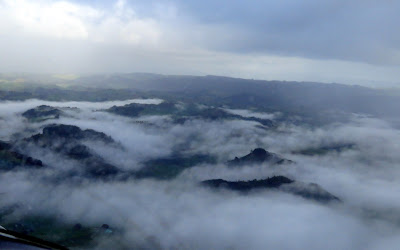 Some of the weather was a bit challenging... 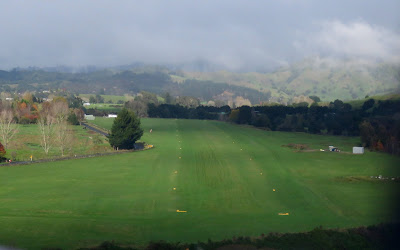 But Taumarunui airfield appeared on the nose. 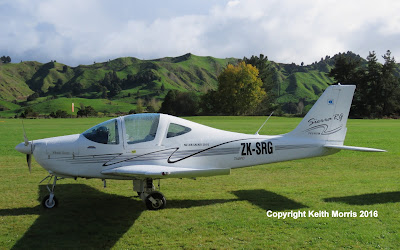 ZK-SRG2 in the sun with a typical Taumarunui backdrop. 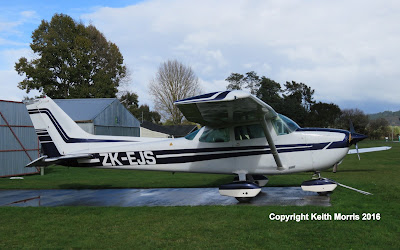 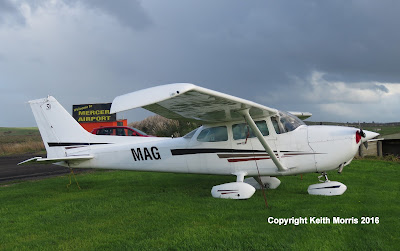 And on the way driving back to Auckland I called into Mercer Airport where Cessna 172P  ZK-MAG was tied down.  It is owned by the Auckland Flying School of Pokeno (just up the road).

A new hangar is being built at Mercer Airport to house the Catalina.