The all composite Europa was designed by Ivan Shaw in the early 1990s with the prototype first flying in England in September 1992.  The Europa was designed as a very efficient two seat tourer with a high cruising speed and good fuel economy and is built from a kit.  But its point of difference is the single retractable mainwheel with outrigger wheels that also retract in flight.  This leant itself to the aircraft having removable wings like gliders do, and the aircraft being trailerable for easier storage.  A tri-gear version appeared later.

The original Europa "Classic" model was constructed using a pre-formed fuselage and glass over foam construction for the wings.  An upgraded "XS" model was introduced in 1997 and featured a molded-shell wing manufactured in the factory.  There is also an interchangeable 13 metre glider wing available but we have not have had any of these in New Zealand to date.

We have had 9 monowheel model Europas in New Zealand plus another 3 tri-gear models. 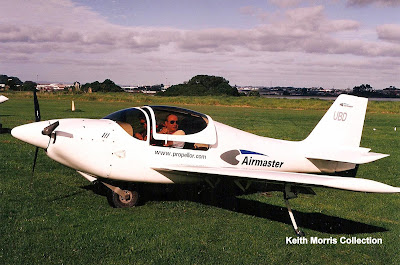 ZK-UBD (c/n 144) is a Classic model that was built in Australia by Hank kauffman of Noosa Waters, Queensland and was registered as VH-UBD on 3/4/97.  It was cancelled from the Australian register on 28/3/00 and shipped to New Zealand where it was registered to Aero Trading Ltd of Auckland (Tony Kryzewski) on 29/3/00.  It first flew here on 24/6/00.  It was used by Tony Kryzweski as a test bed for his Air Master propellors, and ownership changed to Airmaster Propellors Ltd of Auckland on 19/2/01.  It suffered damage in a ground loop at Ardmore on 16/1/05 (this is a common type of ocurrence with Europas as there is no differential braking with a monowheel).  It is photo'd above at the old Pikes Point airfield. 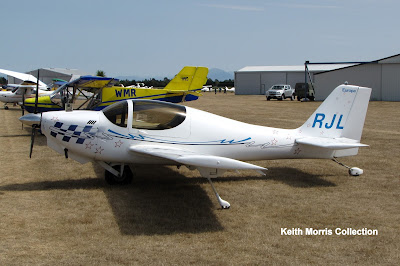 ZK-RJL (c/n 239) is a Classic model that was built by Russell J Lister of Timaru and was first registered on 5/3/02.  It is photo'd here at the 2015 SAANZ flyin at Ashburton.  It has not changed much at all over the years. 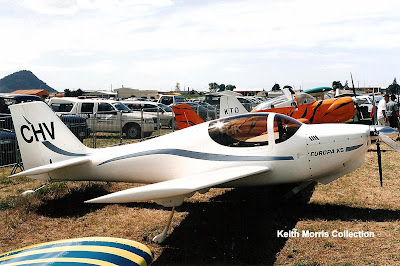 ZK-CHV2 (c/n 456) is an XS model built by WG (Bill) Sisley of Katikati and was first registered on 28/3/02.  It is photo'd here at the 2004 SAANZ flyin at Tauranga.  On 29/7/02 it rolled severely to the left on take off from Waihi Beach due to a stone being caught under the rudder pedal.  It landed adjacent to the airfield where it hit and killed a cow with substantial damage to the aircraft but no injury to the pilot.  It suffered substantial damage but was rebuilt and is still current. 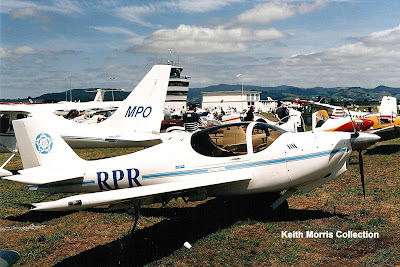 ZK-RPR (c/n 406) is an XS model built by Richard P Robertson of Whakatane and it was first registered on 19/5/03.  It is also photo'd here at the 2004 SAANZ flyin at Tauranga, the first time I had seen a Europa.  It suffered a ground loop on 18/7/03 at Whakatane with damage to its prop and wingtip. 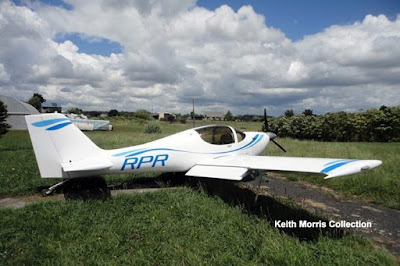 It was sold to Patrick R Driessen of Auckland on 22/7/10 and I believe he repainted the aircraft in the above colour scheme. 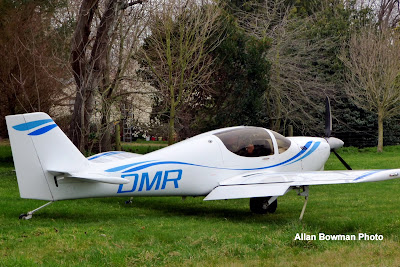