I photo'd this aircraft outside the Pacific Aerospace hangar at Hamilton today, (after scrambling across the drainage channel).  I thought there had to be a story behind it and there is, as advised by Delticman. 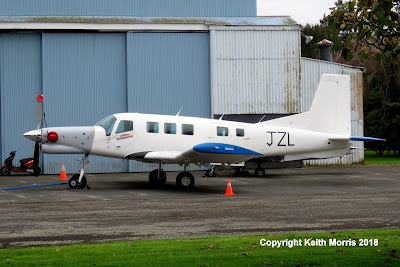 In fact it is the new Super-Pac 750XL which is fitted with the latest more powerful PT 6A-140A engine which is 15% more powerful that the PT 6A-34 that has powered most 750XLs to date. 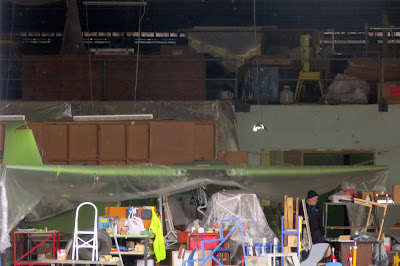 And also in the hangar behind was Pacific Aerospace's next aircraft type, the E 350 Expedition whcih is coming along slowly.