Following in the slipstream of David Wilkinson, Bill Luther and Peter Merwood who flew their RVs across the ditch and back in May/June 2016, a pair of Tauranga SAANZ flyers are now in Australia having flown the Tasman Sea, having left from Kerikeri on 29 March 2018 and flown to Port Macquarie via Norfolk Island and Lord Howe Island. 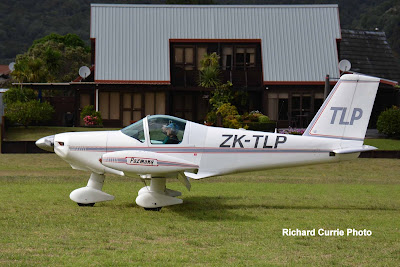 Trevor Parker flew across in his Pazmany Pl 2 ZK-TLP, 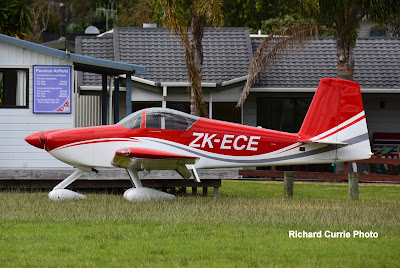 and Steve Carr flew across in his vans RV 7A ZK-ECE2.

Both aircraft were photo'd by Richard Currie at Pauanui on 18/3/18 with their additional ZK marks as required for international flight.

Once in Australia their original plans to fly to North Queensland had to be amended due to weather systems and they flew West and South over the outback which Trevor reports is green with hundreds of lakes due to the flooding.  And the flooding also resulted in huge numbers of flies which necessitated the purchase of fly nets!  At this moment they are flying in Victoria from Mildura to Bendigo and they can be tracked on Spidertracks at https://go.spidertracks.com/public/transaus