An amazing day at Hood Aerodrome, Masterton yesterday saw The Vintage Aviator host their first airshow of the summer season.  The weather was fantastic, as can be seen in the photos, and a good crowd was truly treated to a range of flying displays from 22 of the 24 WW 1 aircraft on the field!

The Vintage Aviator have been extremely busy over the winter, and 5 new aircraft were introduced to the public for the first time.  This surely must put New Zealand in the forefront of WW 1 aircraft re-creations.  The 5 aircraft were: 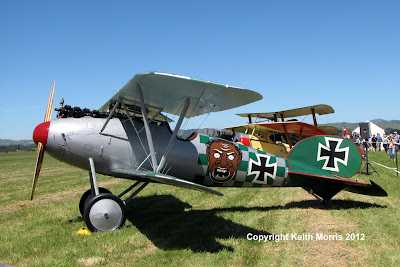 Their fourth (!) TVA Albatros DVa ZK-TVE, marked up in the colours of the Royal Prussian Jasta 5 fighter ace Fritz Rumey and featuring an angry face that was supposed to intimidate the enemy. 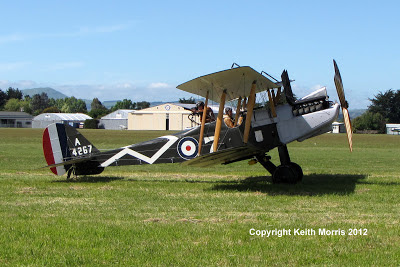 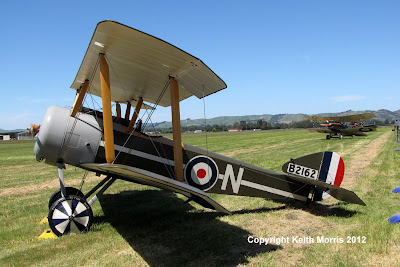 Their second TVA Sopwith Pup ZK-PPD, marked up as B2162. 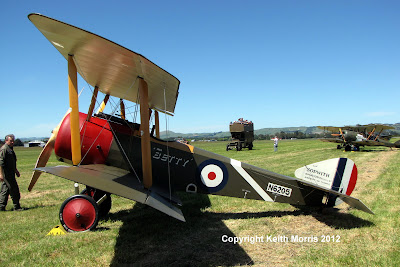 And their first TVA Sopwith Pup ZK-PPY, marked up as N6205 and named Betty. 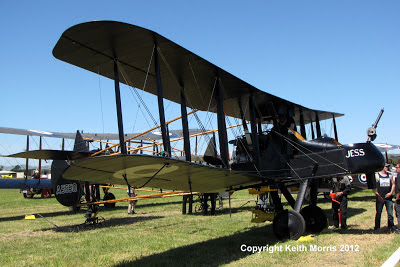 And their second TVA FE2b-1 ZK-FEB, marked up as a night bomber serialled A5650 and named Jess, featuring underwing bombs plus a larger bomb between the wheels.  You can see their first FE2b-1 ZK-FEE behind - how amazing is that!

I will post more photos from the airshow soon.