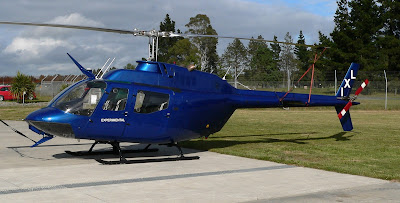 
The Bell OH-58A Kiowa is the military version of the Bell 206A-1 JetRanger. The Canadian Armed Forces ordered a batch of seventy four such OH-58A’s in 1971. These were actually built under a US Army contract as Manufacturers model 206A-1 and customer model OH-58A’s. This particular airframe was allocated the US military serial number 71-20927. But in Canada they became the model COH-058A (C = Canada), and to help the confusion they were given the Canadian military designation of CH-136’s. CAF136262 served until about 1995 after which I lost it for a few years, but it duly turned up on the USS civil register as a Bell 206A-1 and registered as N6167A on 15-03-2004 to Central Helicopters Inc of Panama City in Florida. A batch of these Canadian CH-136’s were imported into Australia by Airwork Helicopters Pty Ltd (AMT Helicopters) of Caboolture, with this one being registered as VH-FUX on 22-04-2005 to Damien Colbert in NSW. The owner was killed in a Nanchang accident off Manly on 27-08-2005, with ownership passing to his daughter Leia Colbert on 16-02-2006. This OH-58A (as it now was registered in Australia) was stolen on 04-05-2008 by an employee of a well-known helicopter operator. It was found a couple of days later at Taree airport and returned to Bankstown airport. It was eventually sold by auction to Aviation Salvage and registered to Australian Aviation Facilities Pty on 15-12-2011 and was cancelled in mid May this year for export to NZ, having arrived in Christchurch on 24-05-2012.
It became ZK-IXL2 with Ludgater Holdings in late August.  It is on short legs, is fitted with wire cutters and is now in an all blue scheme with side graphics yet to be added. 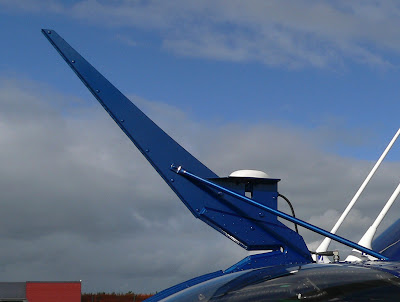 So is this the cutting edge of aviation that I hear people talking about ? 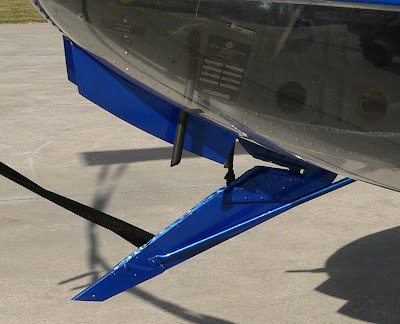