Allan Bowman has been busy with his camera again and has sent in thse photographs taken at Rangiora recently. 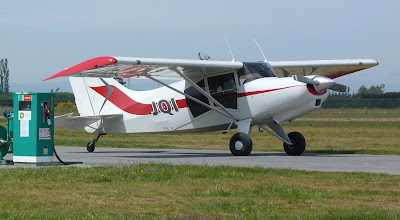 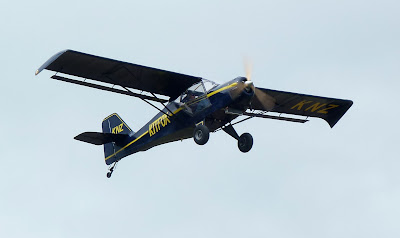 The Denny Kitfox 111 ZK-KNZ is c/n 798 AACA/2013. This was built at Wanaka in the early 1990's, was sold to Albie Birdling of Little River in October of 1993. It has not been flown for at least ten years; just at hangar queen at Rangiora. In July ownership changed to Paul Godfrey who has refurbished it extensively. It was reflown on Saturday last by Mike Small and Paul was checkedout on Sunday by Mike.

Below we have Pitts the S-2A Special ZK-PIT (c/n 2020) passing through on delivery back down South to the Wakatipu Aero Club at Quenstown. 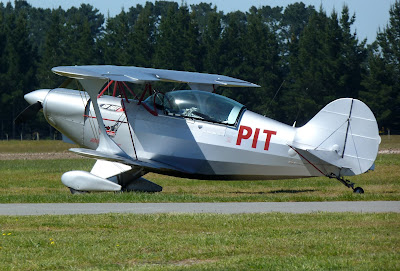