In my final post on civil aircraft from the MOTAT display collection, I will focus on homebuilt aircraft, as follows: 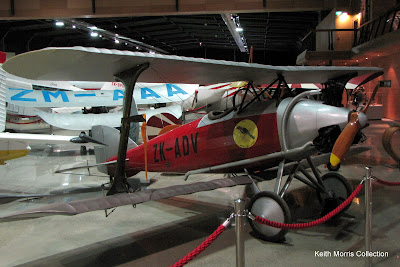 The Tui Sport ZK-ADV displayed is a replica built by MOTAT volunteers. It does however feature its original Szekely SR-3 engine. The original Tui Sport was built by Fred North during the early 1930's and it was based on the Lincoln Sportsplane. It first flew in January 1934 and it proved to have good speed and maneuverability. It was not impressed into RNZAF service during WW 2 but was operated by Auckland aero Club. It crashed at Ohope beach in August 1941. 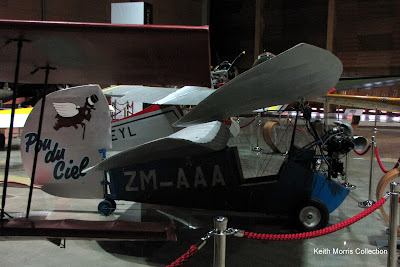 The HM 14 Flying Flea (French: Pou du Ciel, literally "Louse of the Sky"!) was developed by Frenchman Henri Mignet in the 1930's and he published plans to construct the aircraft in 1934. The plans were translated into English and were published in Popular Mechanics magazine in 1935, which resulted in many Flying Fleas being built around the world. It featured a tandem wing design which unfortunately suffered from wing interference problems when powered by more powerful engines than the prototype. This problem resulted in an inability to be able to pull out of a dive and led to many fatalities including one in New Zealand. This problem was solved but the reputation of the Flying Flea never fully recovered.
In New Zealand, Flying Fleas were allocated registrations in the ZM series, and at least 12 Flying Flea projects were commenced, with several achieving flight. 3 Fleas were registered as ZM-AAA, ZM-AAB and ZM-AAC. A partly built Flea project was donated to the Asburton Aviation Museum and was completed by a team of volunteers for static display in the early 2000's, and is painted as ZM-AAM.
The MOTAT example ZM-AAA was built by Eric Perkins and Leonard Hawke at Waipukurau, and was completed in 1936. There is no record of it having flown, but it did make several "hops". 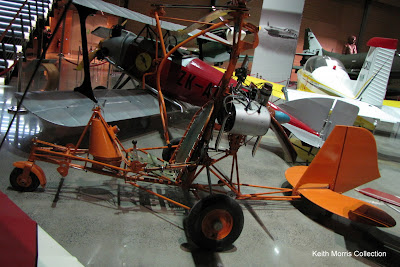 The unregistered Everson gyroplane was built by brothers Ron and Ernie Everson at Auckland in 1962. It was initially tested as a gyroglider and was towed behind a car at Muriwai Beach. It was later fitted with a motor and although never officially certified it did apparently achieve successful flight.
Interestingly, there is reference at MOTAT to the Everson Brothers having built several aircraft and "most of their aircraft did achieve flight". I would be interested to find out more about their aircraft - can anyone add anything? 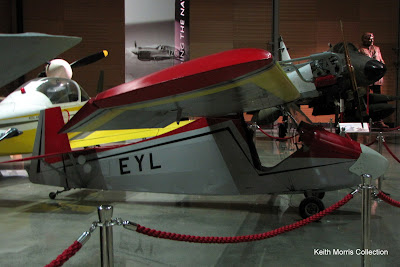 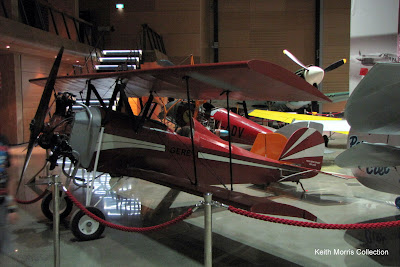 And finally, an unmarked Gere Sport biplane is displayed. I cannot find any New Zealand connection for this aircraft and I am not sure why it is on display - again, can anyone add anything here? There is now a Gere Sport aircraft registered in New Zealand being ZK-EFZ which was built by Alan Belworthy at Cust and was first registered on 24/11/10.
Posted by Sir Minty at 21:05