We have featured the Turbulent ZK-WPT in a couple of posts on the blog, originally by Allan Brizell of Westport (hence the registration?) at:  https://nzcivair.blogspot.com/2010/11/one-more-turbulent.html  Allan completed the Turbulent after he had purchased it from Dennis Niles of New Plymouth. 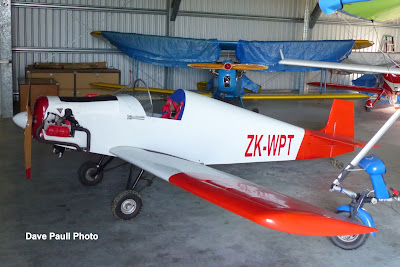 Then I posted about it a few weeks ago after I had seen it in a hangar at Rangiora HERE  In that post I noted that it had a few matters that need sorting out before it could fly again. 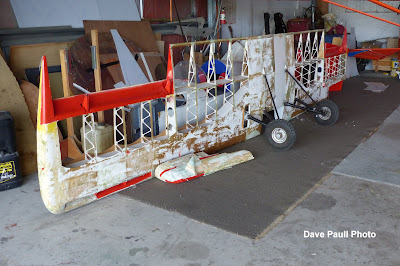 Well it has transpired that the said matters were not able to be sorted out and the aircraft has since been parted out, as can be seen in this photo, also by Blue Bus, taken on 12/9/19.

So I reckon that the photo at the top above is probably the best photo we are going to get of ZK-WPT.  A sad end.