A visit to Hamilton Airport on a stunning spring morning revealed a hive of activity including the privately owned R44 ZK-ILC from Te Awamutu,  which was imported from Taiwan back in 1998 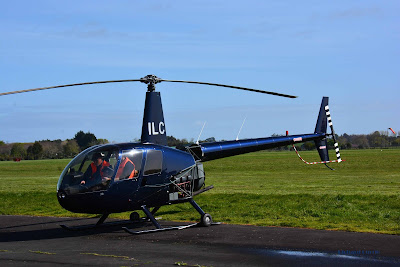 Up from Gisborne, Ashworth Helicopters' Bell 206L-3 ZK-IWA,  which has been with the company since importation from Japan in 2013 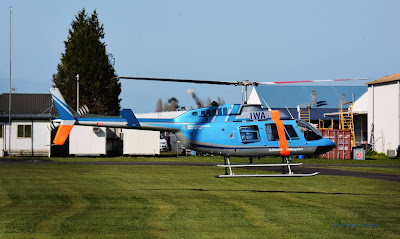 With the liquidation of the Matamata based NZ Aviation their training fleet has been sold on to other flying schools including the Ardmore Flying School and the Waikato Aero Club,  with the latter adding 172R's ZK-NPA and ZK-NUC to their fleet 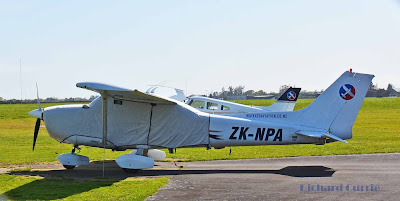 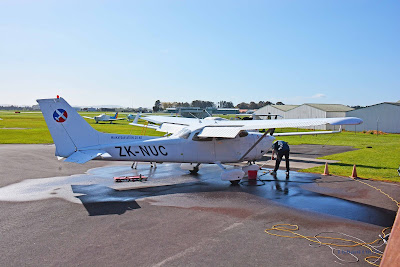 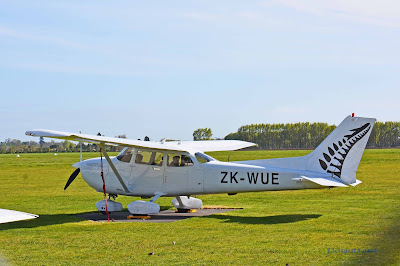 Also present at Central Aero Engineering awaiting NZ certification was the PZL 101A Gawron HA-SBM c/n 119295,  which was exported new to Hungary from Poland back in 1969.   This will be the first of its type to enter the ZK register.
Posted by Richard at 14:23