The Tiger Moth Club of New Zealand celebrated their 50th Anniversary flyin at Taumarunui over the weekend.  This event kicks off the fly in season and this year would have produced a bumper attendance of aircraft except the Friday an Saturday weather was somewhat inclement.  However the weekend was about more than flying and a record number of around 120 people attended the Saturday night celebration dinner.

Several photographers have posted photos on Facebook and I include some of the classic aircraft that were there: 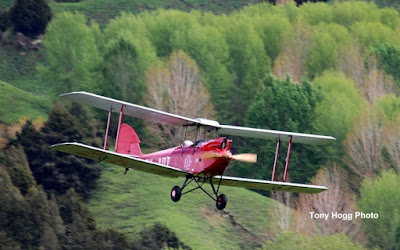 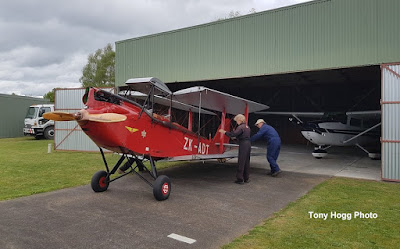 And folded the wings for hangaring. 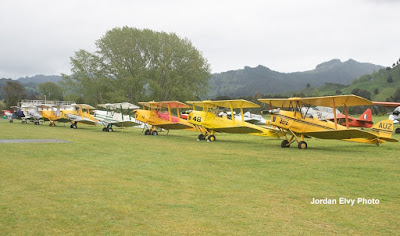 There were 10 Tiger Moths on the field. 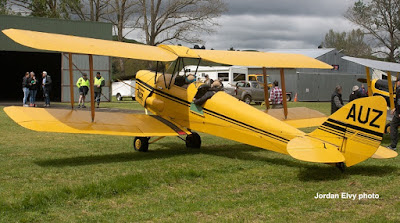 One of the oldest was Richmond Harding's ZK-AUZ with Wanganui Aero Work titling on the cowlings. 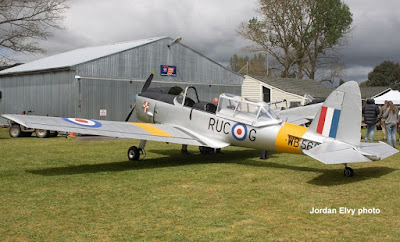 There were 3 Chipmunks on the field including the Sport and Vintage Aviation Society's ZK-PTN marked up as WB568, from Masterton.  This aircraft is ex ZK-MUH and does not seem to have appeared on the blog as ZK-PTN before. 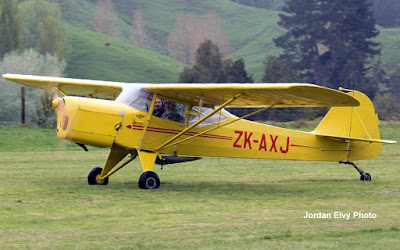 And rounding off the classics was Auster J 5 ZK-AXJ, from Gisborne.


Thanks for the photos Jordan and Tony.