Hairy Mole Rat has sent a photo of the newly restored Cessna 120 ZK-BFK2 (c/n 11102) taken outside Solo Wings at Tauranga yesterday.  This aircraft was damaged in a landing accident at Rotorua on 17/11/99 when a gust of wind caught it and it overturned.  It has been through several sets of hands until Colin Alexander of Solo Wings took it on as a hangar project, and after many years it is now finished and looking very tidy. 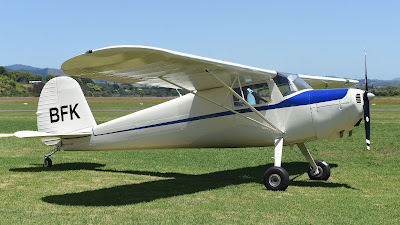 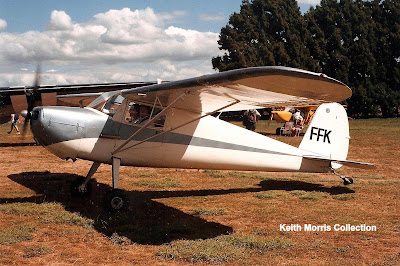 Prior to its re-registration it was ZK-FFK as photo'd above at the 1998 SAANZ flyin at Matamata.  It was imported by Parker Mudge of Queenstown and Nick Oppergard of Seattle and was first registered on 21/2/84.  It then had several owners including the Wakatipu Aero Club before being purchased by The Vintage Aero Club of New Zealand.

The aircraft was manufactured in 1946 and first flew in the US as NC76662, later being registered N76662 before its export to New Zealand.

It will be a welcome addition to the local vintage aircraft ranks.