Tri-R Technologies was a company formed by Richard Trickel of Oxnard, California to develop composite homebuilt aircraft kits, and grew from manufacturing components for other aircraft manufacturers such as Lancair.  Their first design was the KIS TR-1 which first flew in 1991.  KIS stood for Keep It Simple (Stupid!) and the aircraft was a conventional low wing side by side 2 seater with a tractor motor (Lycoming O-235 or O-240).  One distinguishing feature was the neat gull wing doors.  The aircraft can also be built as a taildragger. 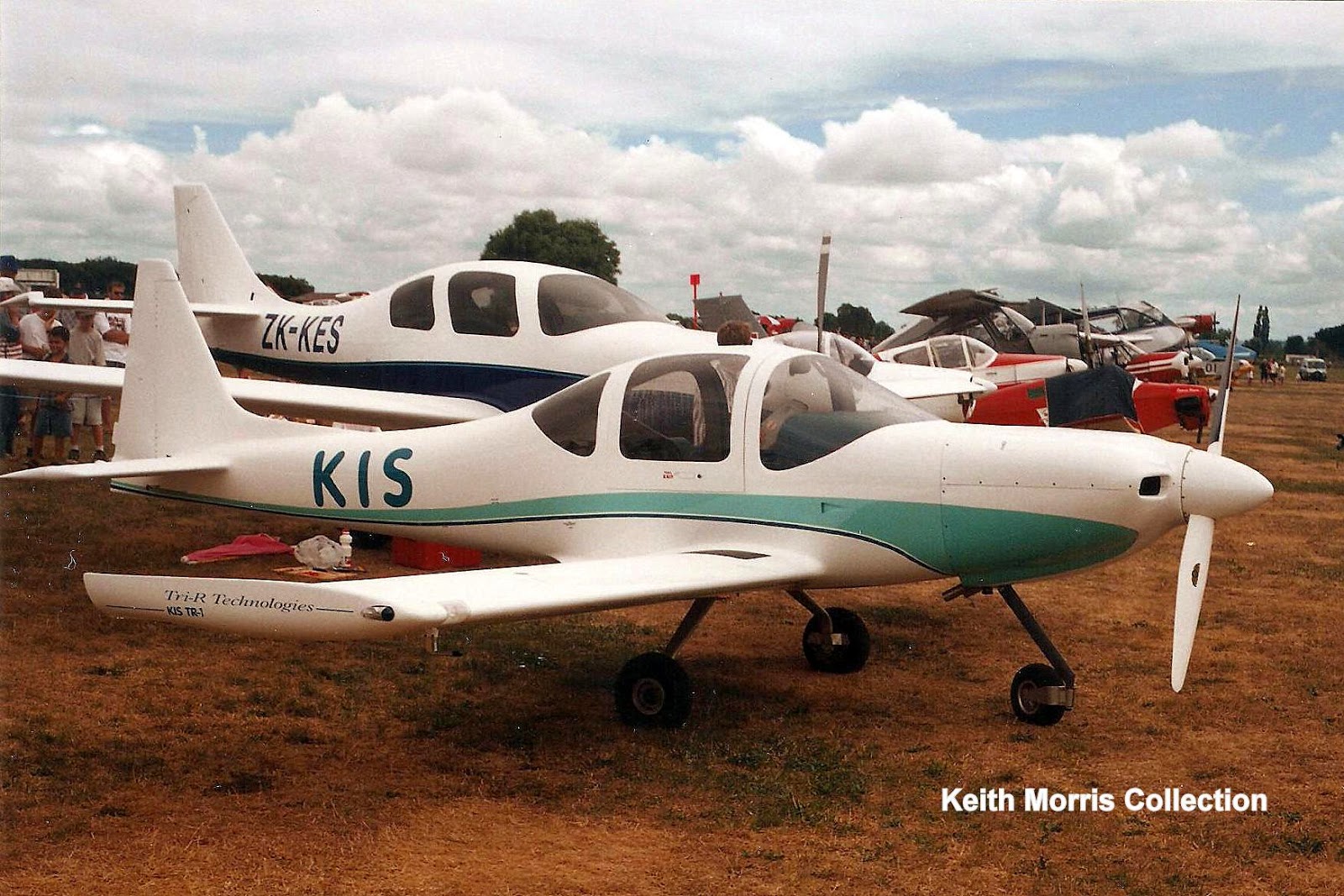 We have had only one KIS TR-1 in New Zealand.  ZK-KIS (c/n 61) was first registered to Scientific Management NZ Ltd of North Shore on 25/1/96.  It was built by a team that had worked on Chris Tom's Lancair IV ZK-CTL and that also produced Lancair Super ES ZK-KES (seen behind in the above photo).  The team consisited of Roger Ramsay, Peter Elwood and Geoff Sheehan.  Roger was a consulting engineer who owned Scientific Management Ltd and Geoff Sheehan was a panelbeater who was responsible for the award winning trim and finish on the aircraft, and who was an experienced private pilot.  The above photo was taken at the 1996 SAANZ flyin at Matamata when ZK-KIS had only 5 hours on the Hobbs meter, and where it won the Best Composite aircraft award.  It later went on to win the SAANZ Grand Champion award at the 2007 flyin at Ashburton.

Roger Ramsay was so impressed with the aircraft that he became the New Zealand agent for Tri-R Technologies aircraft, the TR-1 and the TR-4 KIS Cruiser (that the team also built at North Shore as ZK-TEL). 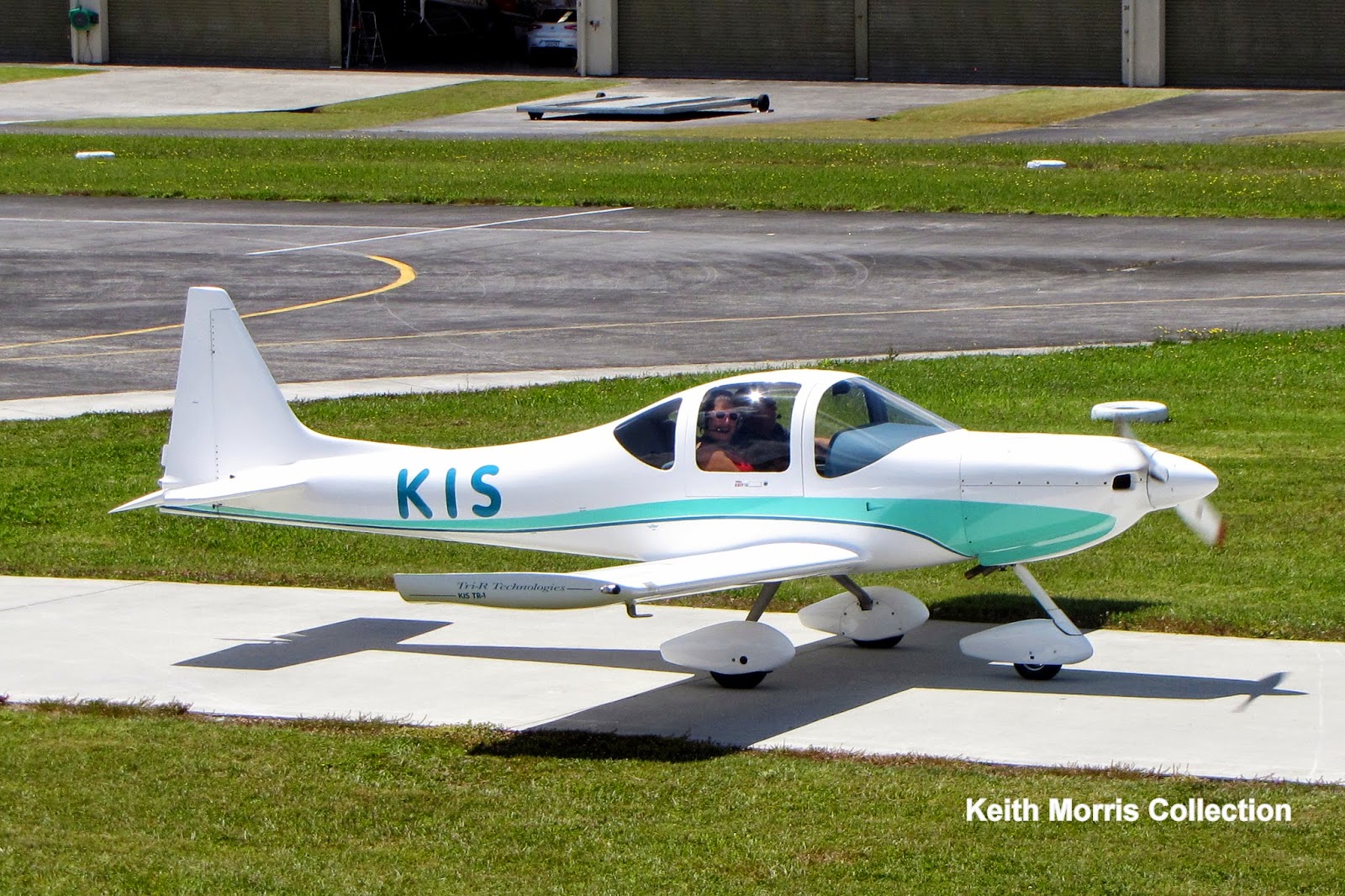 Ownership of ZK-KIS changed to Scientific Management Associates (Vic) Pty Ltd of Whangaparaoa on 28/6/00, and it is still based at North Shore in the same hangar as ZK-TEL.  See www.nzcivair.blogspot.co.nz/2014/01/kis-and-tel-at-north-shore-today-25-1.html

As can be seen in the above photo taken at North Shore in January 2014 it hasn't changed much over the years.