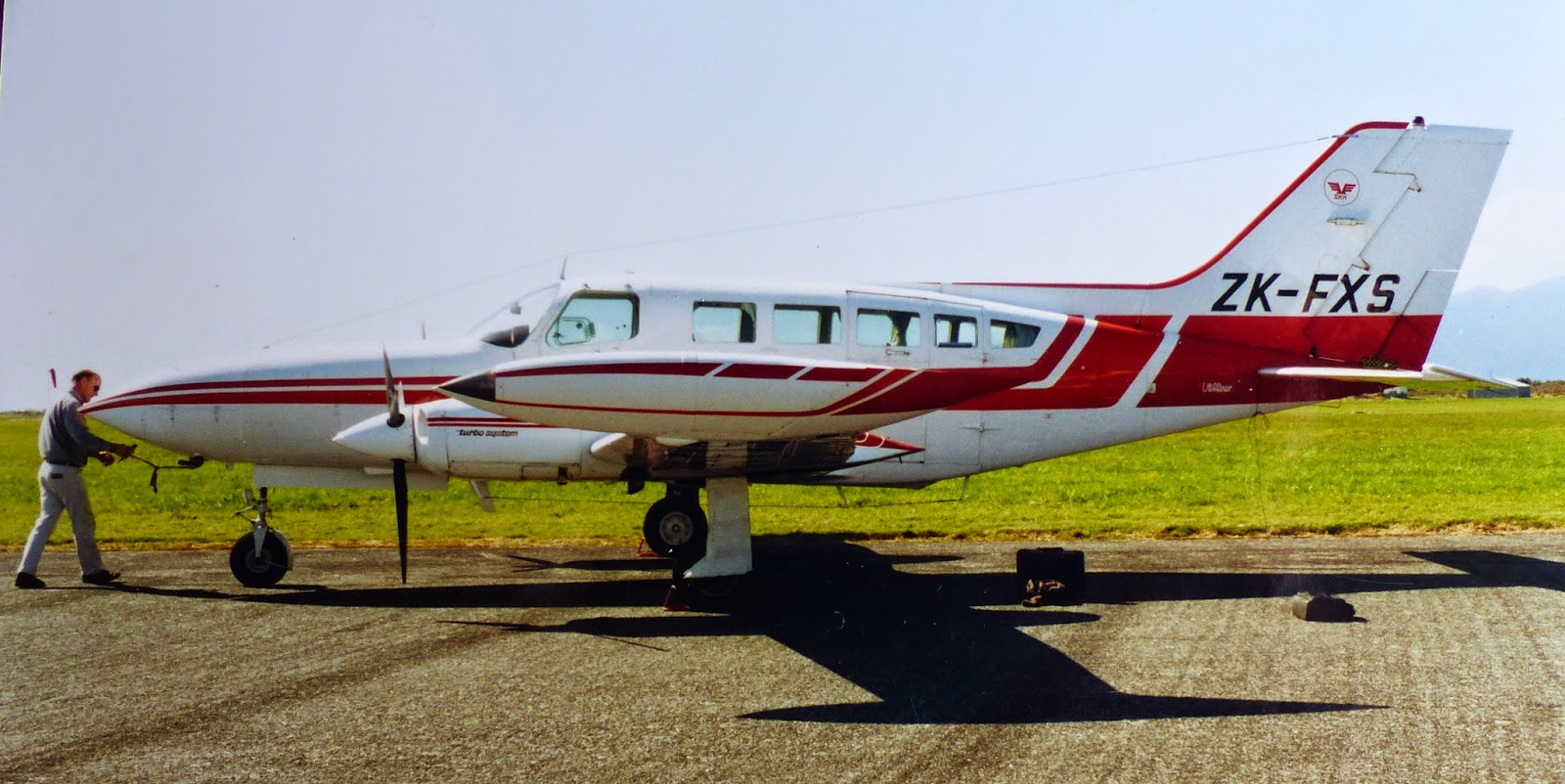 As ZK-FXS it departed Kaitaia for Norfolk Island on 17-12-1998 and moved on to Lord Howe and mainland Australia the following day with its NZ letters being cancelled on 18-01-1999.
It was allocated VH-SVQ3 on the same date to Vector Pty Ltd of Parramatta, NSW.
I have not followed it Australian career but I note that it was listed to Qasco Pty Ltd of Baulkham Hills NSW on 13-05-2006 and then to Bayswater Road Pty Ltd of Spring Hill Queensland and operated by Vekta Pty Ltd of Macquarie Park NSW from 18-03-2013.
It carries the AAM markings of Australian Aerial Mapping.

Above is VH-SVQ at Christchurch yesterday.
It was noted in NZ during December of 2006 and possibly on other occasions.
Posted by Dave Paull at 19:32