The Taylor Coot amphibian was designed in America by Molt Taylor in the mid 1960's.  It was a rework of his earlier design "the Duckling".  Molt Taylor is probably best known for his Aerocar flying car that had folding wings, and he incorporated the folding wings into his Coot design, to allow for easy transport by road.

It was an unusual design for an amphibian as it featured a low wing where the inboard portions of the wings acts as sponsons which aid buoyancy on the water and negate the need for drag producing outboard floats.  The low wings also supply "ground effect" which helps with water takeoffs, and also allow for a lower positioning of the pusher motor.  Very neat.

Construction is mainly of wood, with a fibreglass covering in the case of the Sooper Coot Model A.

We have had 3 Taylor Coot amphibians in New Zealand as detailed below: 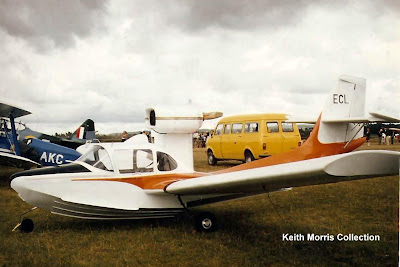 Our first Coot was a Mark 1B model, ZK-ECL (c/n AACA/128), which was started very early on by Lindsay Wheeler of Kerikeri.  Lindsay was a topdressing pilot for Thames Aerial Topdressing based at Kerikeri, and I first saw ZK-ECL displayed partly completed at the 1976 AACA flyin at Kaikohe.  It was registered on 18/9/75, and it had a 108 HP Franklin motor which must have made it quite underpowered.  It was damaged near Kerikeri during a precautionary landing on 10/2/79.  It was sold to AE Farrand on 6/9/91 and had a turbo fitted to the motor in 2000.  Finally it was sold to MG Farrand of Auckland on 15/3/04.  It is still current. 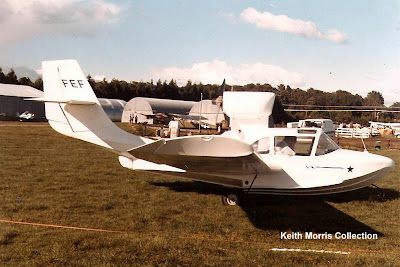 Our second Coot was Mark 1A model, ZK-FEF (c/n AACA/003 - but I do not think this c/n can be correct, as the first 10 AACA constuctors numbers were not issued in honour of earlier homebuilt aircraft constructors in New Zealand.  Can anyone confirm the c/n of this aircraft?).  ZK-FEF was built by Gerry Astley of Auckland, and was first registered on 17/11/82.  It was fitted with a Lycoming O-320 motor with a constant speed propellor.  It was damaged on 29/12/83 at Dairy Flat but was rebuilt.  The above photo was taken at the 1986 AACA flyin at Matamata.  It was damaged again on 29/3/86 at Lake Tahaoa, near Dargaville, and it was rebuilt again. 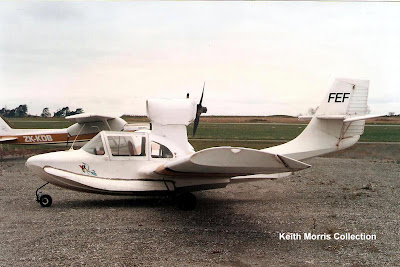 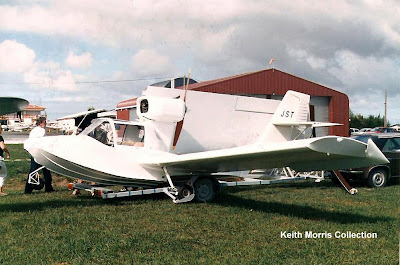 And our final Taylor Coot was Mark 1A model ZK-JST (c/n AACA/108), which was built by Alistair McLachlan of Auckland, and was first registered on 23/10/86.  Alistair originally had the registration ZK-DVM reserved for his Coot).  It is photo'd above at the 1988 AACA flyin at North Shore Airfield at Dairy Flat, on its trailer and showing its wing folding mechanism. 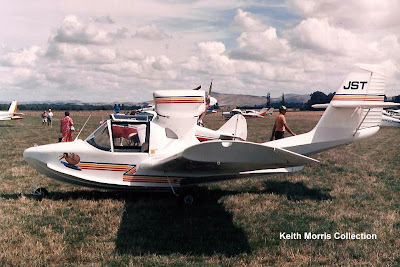 ZK-JST is photo'd here at the AACA flyin at Waipukurau, now with an attractive colour scheme.  It was refurbished during 2001 to 2004 when Bantam seats were fitted to reduce the height of the canopy. 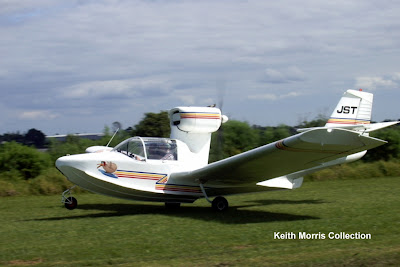 And here it is photo'd on take off from the final flyin at Pikes Point aifield, again looking great.  You can see the reduced height canopy in comparason with the earlier photos of ZK-JST.   Alistair flew his Coot widely throughout New Zealand over the years until he sold it to PJ Hall of Auckland on 6/11/11.