Omaka as Seen by Grant Newman (2)

More photos from Grant Newman, this time a selection of warbirds, which were the mainstay of Classic Fighters 2013.  Grant reports as follows: 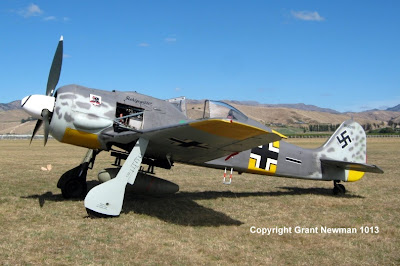 To many, the star of the show was Flug Werk 190 ZK-RFR and there was a group of enthusiasts permanently camped next to the aircraft to await any action. Note the open engine panel; throughout the day, guys arrived and carried out maintenance, which tended to worry those who had come to see it fly. In the end her display was worth the wait, flying in formation with her wartime nemesis, Spitfire Mk.IX, two of them before her own display. The only rated Fw 190 pilot in the Southern hemisphere, Frank Parker put on a good performance, although a bouncy landing after Saturday's show had people holding their breaths. 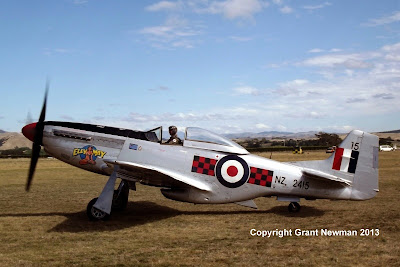 Regular airshow goer Graham Bethell's P-51D ZK-TAF wore new nose art in keeping with the US theme of the show. 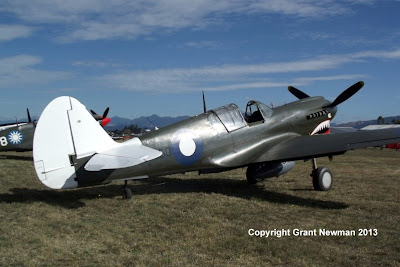 Curtiss P-40N ZK-CAG donned shark's teeth and early US star roundels under its wings for Classic Fighters this year. 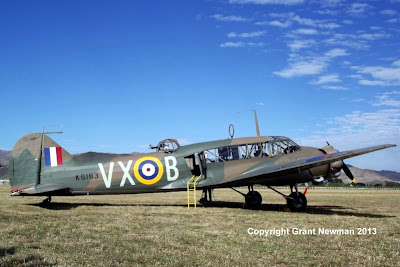 Making its Omaka airshow debut, Bill and Robyn Reid's beautiful Avro Anson I awaits its turn in the display line up. A popular machine and distinctly different to the heavier metal on display. 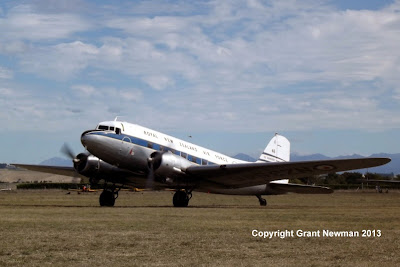 Looking very smart in its RNZAF colours, the NZ Warbirds DC-3 ZK-DAK took joyrides over the weekend and by mid way through Saturdasy the aircraft was fully booked until early Sunday, proving just how popular she is. 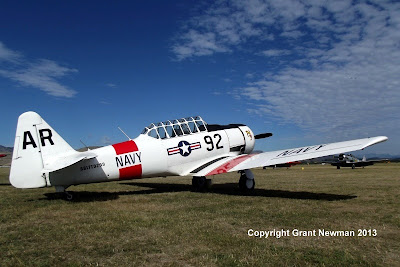 One of twelve Harvards that visited Omaka over the weekend, ZK-WAR looked the part in its US colour scheme. 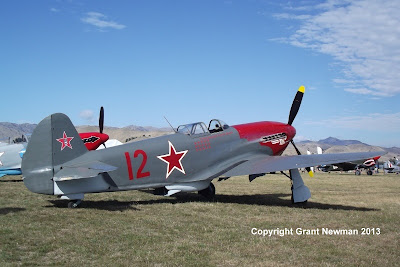 One of two Yak-3s at the show, ZK-YYY was accompanied by ZK-VVS and both put on a great tail chase duo routine in the air.

Colin Mongomery's Messerschmitt Bf 108 Taifun ZK-WFI had company playing 'The Bad Guy' this year, with the FW 190 present. Although completed in France as a Nord 1002, ZK-WFI is a genuine warbird with wartime history, hvaing been shot down during the war! It has been substantially modified to resemble its fighter stablemate the Bf 109.