Here are three Cessna 185 pics sent in by an anonymous blog reader.
The first two are at the Foley strip south of Taihape. 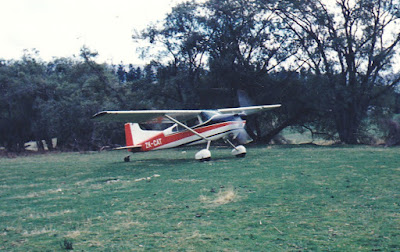 
Below is Cessna 185C ZK-CGH c/n 185-0751 taken in 1979.
Operators during this period include Dalhoff and King from April 1979 followed by Southwest Helicopters from July 1979 and then Masters and Stratton from early August that year.
It got a previous brief mention at :-


http://nzcivair.blogspot.co.nz/2013/08/a-couple-of-recent-ownership-changes.html
It has since returned to Roger Landels at Balclutha. 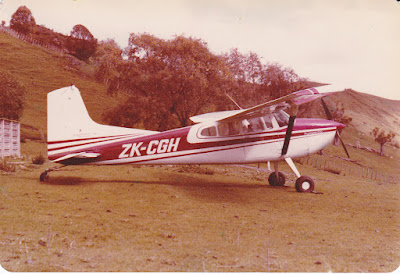 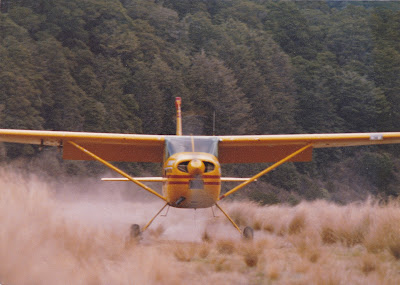