Our next type of 2 seater homebuilt aircraft was the Pietenpol Aircamper.

The Pietenpol Aircamper was designed and flown by Bernard H Pietenpol in 1928, and was developed from his earlier single seat Sky Scout.  Plans for the Aircamper were published in 4 issues of the Flying and Glider Manual in 1932-33.  The 2 seater Aircamper is of wooden construction and has minimal metal fittings.  The 40 HP Ford Model A engine became the standard powerplant in the 1930's.  However in the 1960's Bernie Pietenpol favoured the smoother, more powerful and lighter Chevrolet Corvair conversion.  The Aircamper has flown with over 30 different engines over the years, which must be some kind of record? 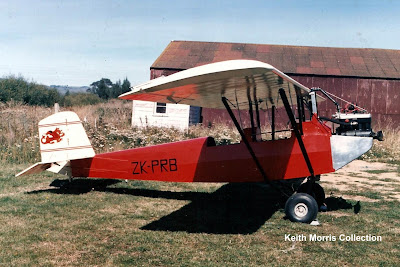 Our first Aircamper was Penny and Evan Belworthy's ZK-PRB (c/n AACA/755), which was first registered on 30/3/87, and first flew in December 1988.  It first flew with a Ford Model A conversion, as in the above photo taken at the 1989 AACA flyin at Tairei.  It then had a Ford Cortina motor for a while.  It was re-designated as a Class 2 microlight on 26/9/97. And finally, the Belworthy's settled on a Toyota Hilux motor as in the above photo of it at the 2011 SAANZ flyin at Ashburton.  Thanks to Blue Bus for the photo. 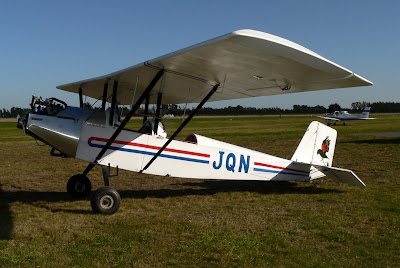 Next up was ZK-JQN (c/n DP02) which was started by Glen Morgan.  It featured a spring steel undercarriage and a 2 litre Cortina motor.  The partially built project was sold to Donald Palmer of Kaiapoi and was first registered to him on 6/5/05.  It first flew in December 2005 piloted by Evan Belworthy.  It was sold to J Coleman of Christchurch on 21/1/07.  ZK-JQN then came full circle by being purchased by the original builder, Glen Morgan of Greymouth.  It was re-engined with a Toyota Hilux motor as in the above photo taken by Blue Bus, and wheel brakes and a tailwheel were fitted.  It is currently based in Greymouth. 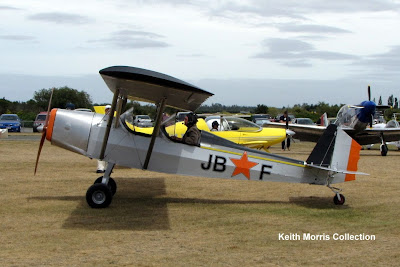 The next Aircamper was the modified Andrew John Fairhall Special ZK-JBF (c/n 001) which was built by Andrew John Fairhall of Blenheim, and was first registered on 16/6/06.  It is based on the Aircamper and has nicely scalloped trailing edges, a spring steel undercarriage and a fully faired Toyota Hilux motor.  It is photo'd above at the 2009 SAANZ flyin at Ashburton. 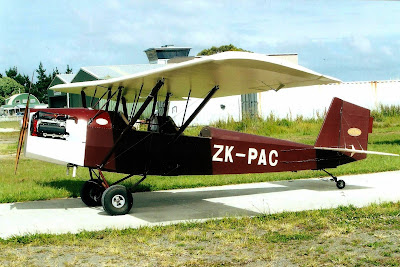 And finally for now our latest Aircamper is ZK-PAC (c/n 061791 AAD) which was built by Rod Wooller who built the aircraft partly in Australia but finished it off in Auckland.  It was first registered on 29/3/11 and is based at Parakai where the above photo was taken.  Thanks to Rod Wooller for the photo.  Rod advises that it is the long fuselage version and that it is powered by a 184 cubic inch (that's 3 litres) Chevrolet Corvair motor.  ZK-PAC is undergoing its test flying schedule at Parakai.

I am sure we will see more Pietenpol Aircampers on the New Zealand register as it is such a timeless design, and it fits within the Class 2 microlight regulations.  I am aware of at least 3 more being built, one with a Rotec radial motor!