Since we have been talking about ZK-CKP - I may as well give it a good thrashing with some photographs of it taken over the years.This Cessna 185D ZK-CKP Skywagon (c/n 185D-0796) was built by Cessna with the test registration of N5896T. It was imported by the NZ agents, Rex Aviation (NZ) Ltd of New Plymouth and registered on 12-03-1965 and transferred to Mount Cook Air Services Ltd of Timaru on March the 16th. It went through the Company name changes of Mount Cook Airlines; Mount Cook and Southern Lakes Tourist Co Ltd and Mount Cook Group during which time it had the fleet number "15".
Below: In July of 1971 it was in this mainly blue scheme. 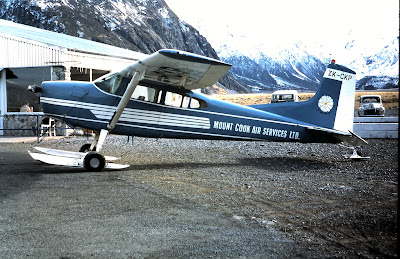 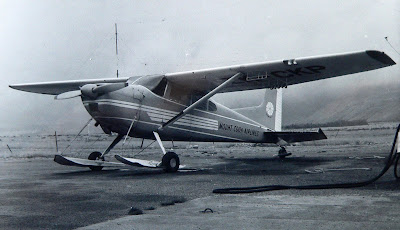 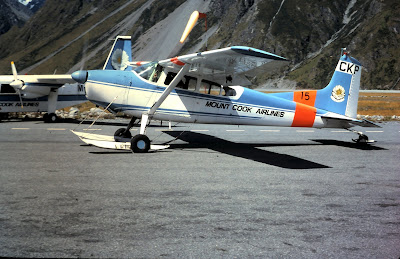 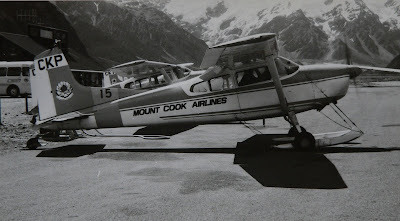 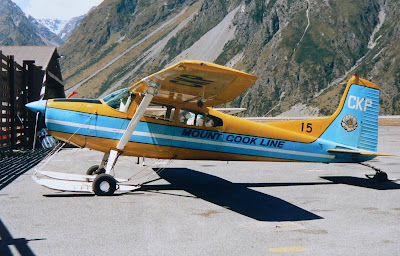 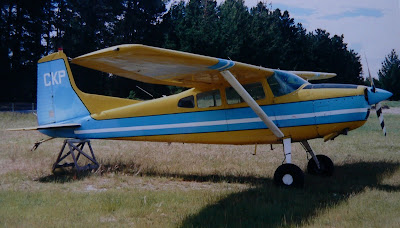 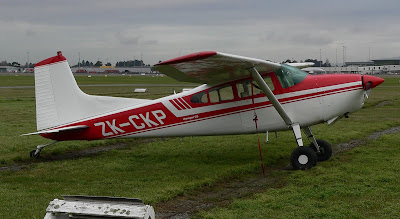