Pearse Replica at Wings Over Wairarapa

When I saw these photos in the SAANZ Auckland Chapter newsletter I contacted the photographer Ian Allen who turned out to be a keen NZ Civair blog follower, and he kindly supplied the photos.  As you can see from the lower photo Ivan Mudrovich's Pearse replica now wears its registration on the rudder:  ZK-RPT. 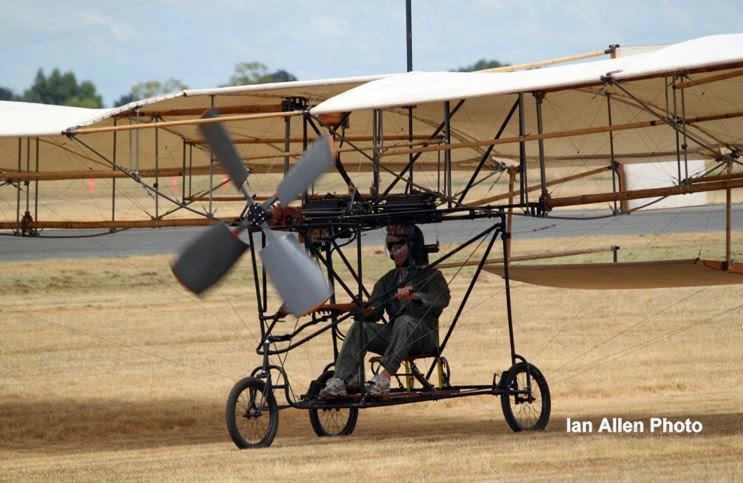 The pilot at Masterton was Nev Hay who is a retired senior Air New Zealand Captain who flew in DC 8s, DC 10s and finally in Boeing 747s.  Nev reported that he got to around 15 to 18 miles per hour in a fast taxy, and he had to "blip" the engine so he didn't go any faster.  At that speed the wing was fully "inflated" and was getting good lift, and the elevator and aileron/spoiler were effective. 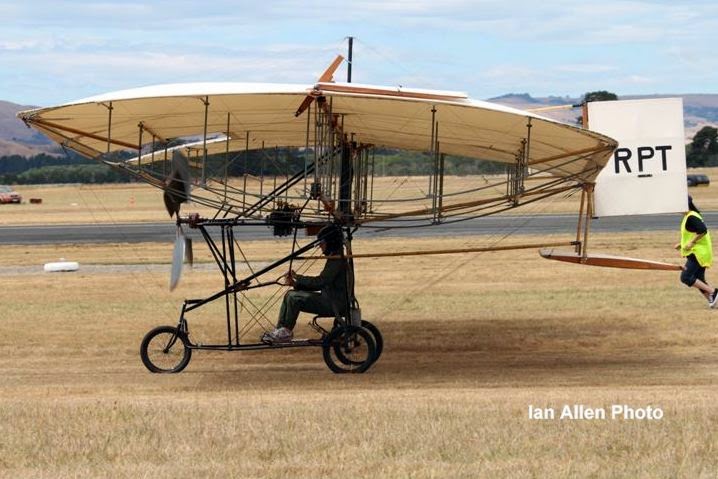 Whether or not Ivan Mudrovich's interpretation of Pearse's aircraft is correct or not, it is a great achievement to get the replica aircraft to this state, including the self built engine and propellor (which I reckon looks just the part).  And this month, March, is the anniversary of when Richard Pearse got airborne in 1903 (or did he?).

Thanks very much to Ian Allen for the photos.