The RANS S9 Chaos was designed by Randy Schittler in 1986 as a low cost, low powered microlight that was a really capable aerobatic aircraft (capable of most aerobatic manoeuvres except tailslides), for up to advanced aerobatic contests.  In this it is unique among microlight sport aircraft.  The S 9 spawned the 2 seat S 10 but the S 9 is reckoned to be capable of more accurate aerobatics as the pilot sits on the centreline of the aircraft.  It is stressed to +6G and -4G.

As with most RANS aircraft the S 9 is built with a 4130 steel cockpit cage and engine mount, with aluminium rear fuselage, empennage and wings.  It is dope and fabric covered.  But the S 9 is a mid wing aircraft and it has underwing windows for better downward visibility.

However, builders/pilots should be aware of the extra performance that the 912 engine can deliver - for an example of this have a look on You Tube for "RANS S 9 Airshow Accident" which is an amazing piece of footage of an S 9 being flown way too aggressively at an Argentinian airshow in 2010 culminating in a complete wing failure and separation during an inverted entry into an outside loop (!!).  The video is also a wonderful advertisement for a Ballistic Recovery Parachute, which deposited the aircraft quite gently to the ground (where it caught fire but the pilot was not injured apart from burns to his feet).  Pretty spectacular!

We have had four of these neat little aeroplanes in New Zealand to date, as follows: 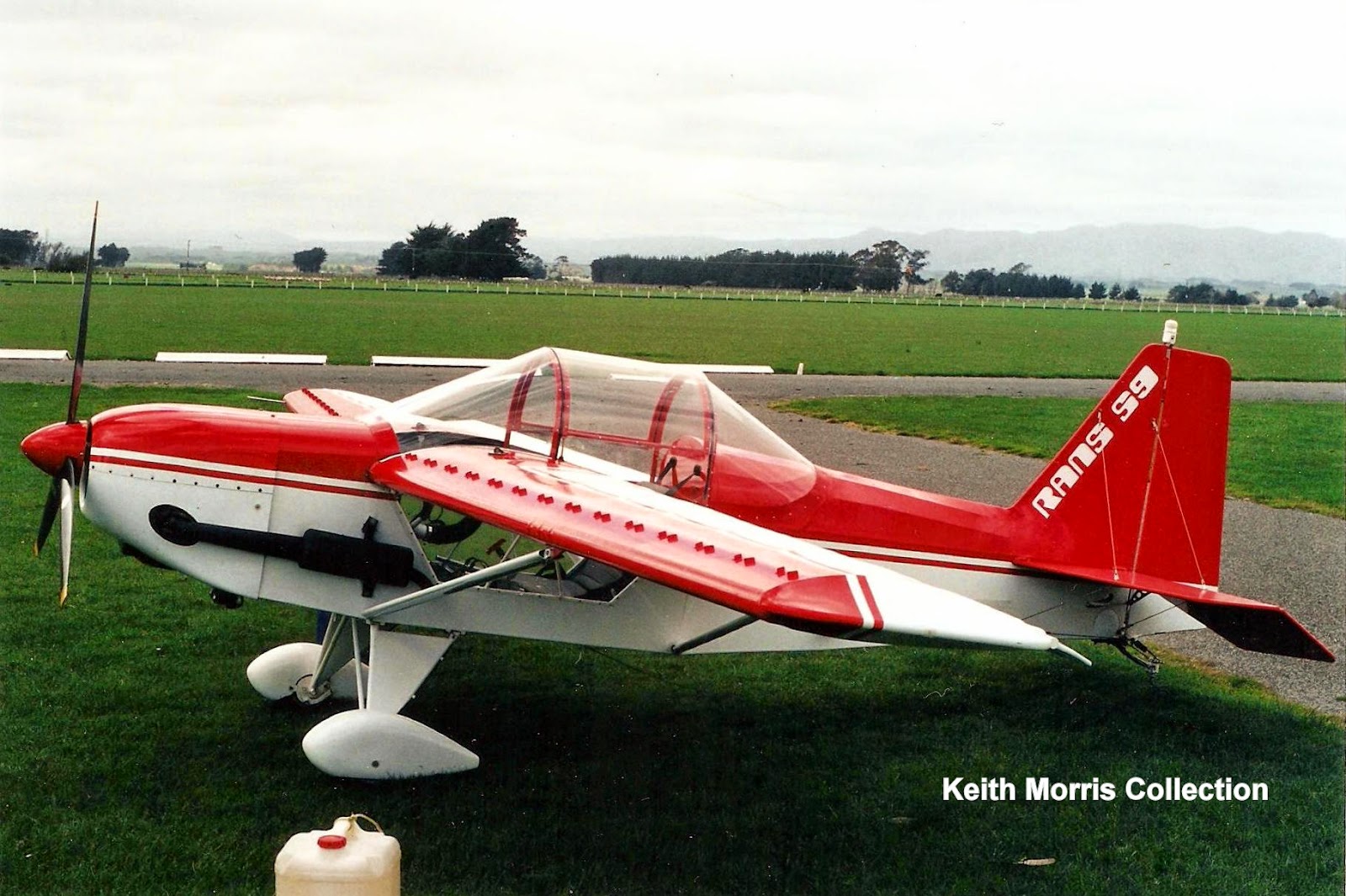 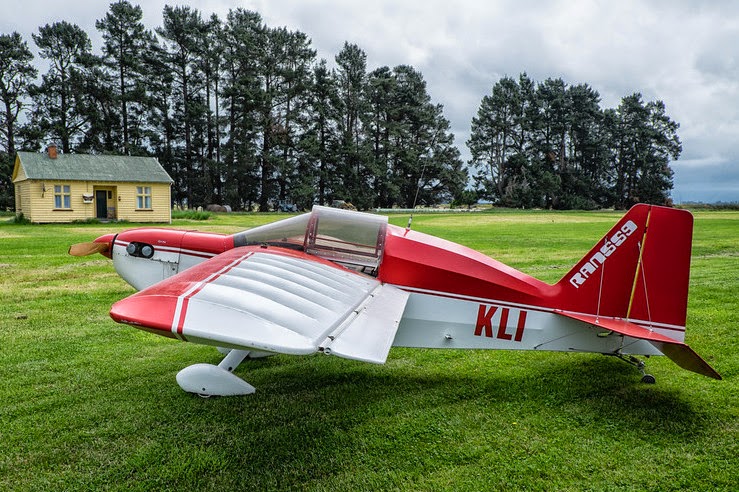 ZK-KLI was built by M Brown of Whitianga, and was first registered on 1/6/94.  It has a Rotax 503 engine.  It was sold to the Ultimate Livings Partnership of Hastings on 23/9/95 and then to O Marsden of Geraldine on 3/12/01.  Finally it was sold to the Geraldine Syndicate of Geraldine, and it is currently based at Rangitata Island, where the above photo was taken. 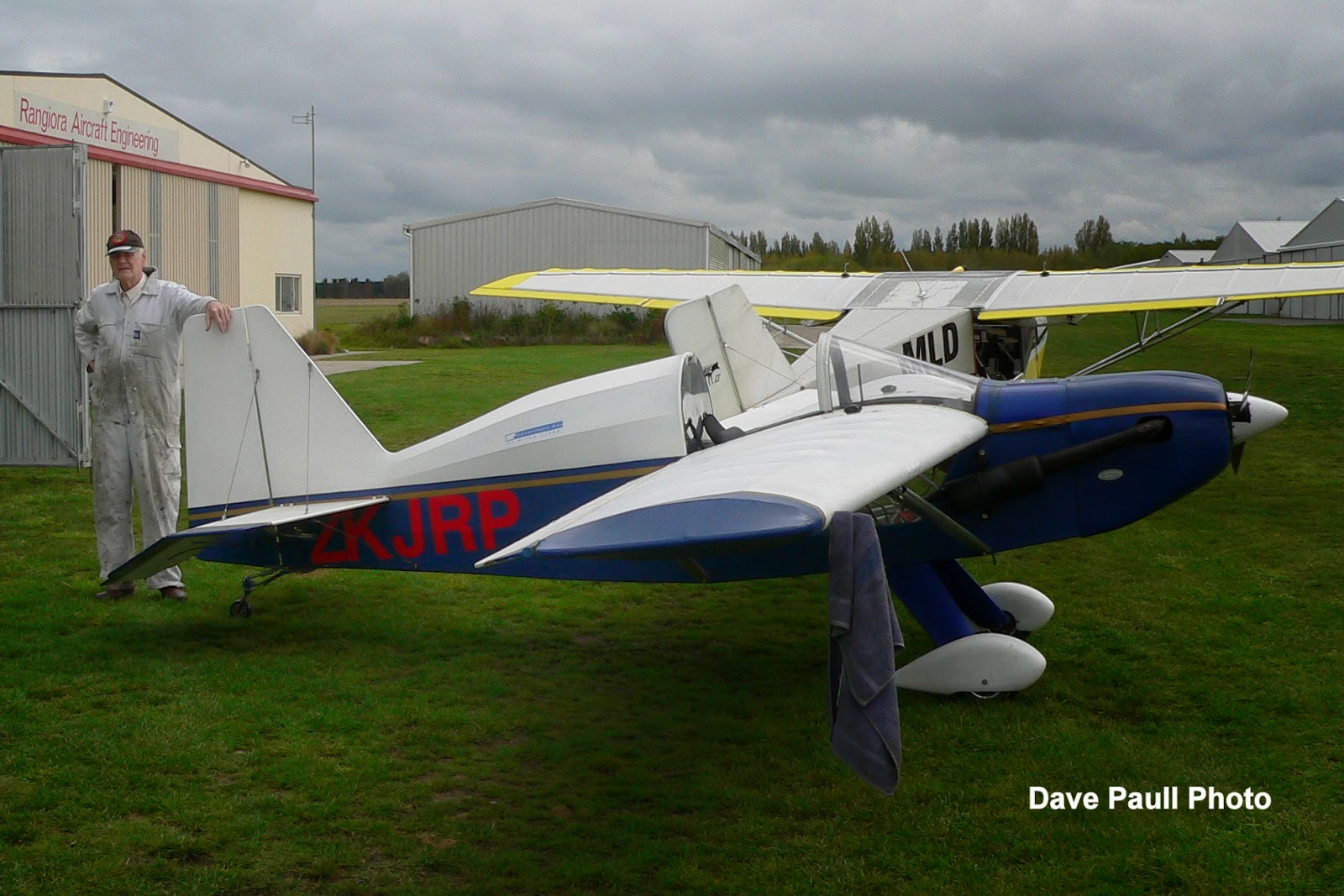 ZK-JRP was built by Peter Dyer of Christchurch, and it is the sixth aircraft he has built, and it was first registered on 22/6/07.  It also has a Rotax 503 engine.  It is photo'd above on 16/4/08 at Rangiora with Peter, and in the background is his fifth aircraft - the RANS S 6ES ZK-MLD. 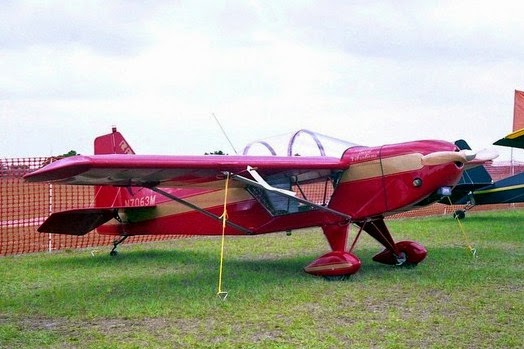 ZK-OUT was built in the US as N7063M, and it is photo'd above wearing its American registration.  It was imported into New Zeakland by Evan Grooby of Greymouth and was first registered here on  5/7/07.  I have not been able to source a photo of it as ZK-OUT - if anyone out there has a photo I would love to get a copy.  Unfortunately it was damaged in the Greymouth hangar collapse at Easter 2014 along withe Evan's other aircraft, RANS S 7 ZK-ODD.  However, both aircraft are being rebuilt by Craig Miller which is good news.

I think we might see more RANS S 9 Chaos's in New Zealand in the future, and I am aware of at least one other being built here.