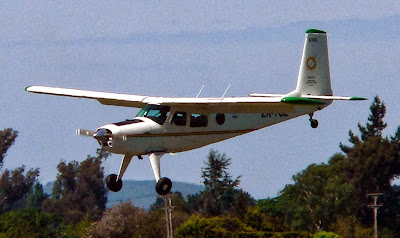 Our one and only Helio H-250 Courier II ZK-TCE (c/n 2503) recently changed owners.
It had been with Trevor Collins at Omaka since being imported and registered here on 31-08-2004.
The new listed owner is Beckenham Hills Ltd which is another way of saying Donald, Robert and Kate Anderson.
Beckenham Hills is on the North bank of the Hurunui River, about 10km upstream from the SH1 bridge. It is currently hangared at Christchurch International until suitable accommodation can be found for it on the Farm. Today (19-10-2013) it was out bashing the circuit at Rangiora.
The photo above shows it returning to Christchurch; and below it is parked outside its temporary accommodation. 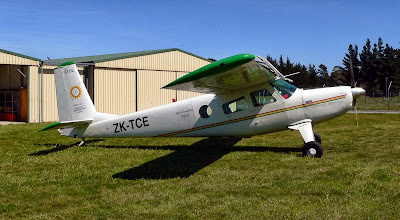 Its interesting handling performance is a result of its large vertical tail and flap area, combined with its leading edge slots/slats; its deep chord, short span ailerons which are assisted by two hinged panels near the wing leading edge. These swing up with the up going aileron. Pic below.

Below is a fine file pic of ZK-TCE as taken by Andy Heap. 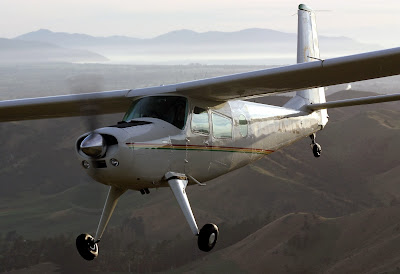 It was noted for sale at the Omaka fly-in last Easter.

This is what NZ Aviation News Magazine said about it at the time it was registered in NZ in August 2004
"TCE is an H-250 six seat model,(initially known as the H-250 11 Cabalerra- but soon just called the Courier 11) which was based on the H-295 but with a lengthened fuselage. It was built in 1964 by the Helio Aircraft Corporation of Pittsburg, Kansas and registered as N5446E. It is thought to have served on US Government CIA activities in South America. It soon turned up as T-110 in the Bophutaswana Air Force (seriously). When Bophutaswana was integrated into South Africa the aircraft transferred to the South African civil register as ZS-ELJ from about 1966. It was listed to Orsmond Aerial Spray (Pty) Ltd, Bethlehem on 22-02-1977. About this time it was stripped and stored pending refurbishment. This never took place. The aircraft was spotted by the present owners son, who works for Orsmond Aviation SA out of Bethlehem, and was soon purchased by Trevor Collins and shipped back to Omaka for a full rebuild. The Avco Lycoming O-540 A1A5 engine was zero houred by Aeromotive South and the Hartzell propeller by Safe Air of Blenheim. The aircraft has an all moving tailplane and the port side cockpit door opens in the normal fashion, but the rear side door open upwards and with no door post between, gives a substantial opening. The ZS registration was cancelled on 02-04-2003. " 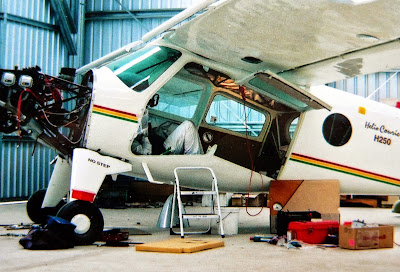