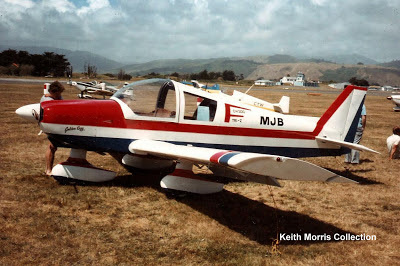 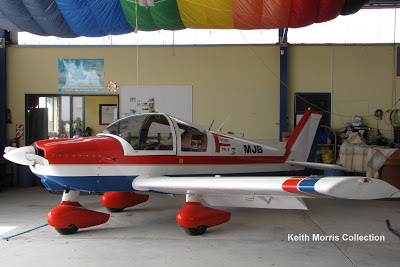 However Murray Bensemann now enters the story again, and he purchased the wreck on 11/5/04 with Roger Price of Takaka and set about rebuilding the aircraft.  It can be seen from the above photo that Murray repainted the rebuilt  ZK-MJB in its original colours.  The photo was taken at the 2009 SAANZ flyin, in a hangar at Ashburton.  Murray Bensemann now owns the aircraft outright and it is based at Takaka.