I posted about Curtis P 40E Kittyhawk ZK-RMH/NZ 3009 at Masterton in a previous post, and Grant Newman has come back with some old photos of it, which set me off on researching the story of this historical aircraft.


In fact it is one of only two surviving wartime RNZAF aircraft that exist as flying aircraft today. (The other is Corsair ZK-COR which is also based at Masterton). It was originally manufactured as USAAF serial no 41-25158 for the RAF where its serial number was to have been ET 482. However following Pearl Harbour it was diverted to New Zealand as one of the first batch of Kittyhawks to be delivered in April 1942. It was bought on charge on 2 April 1942 and allocated to Unit 36 at Hobsonville.   It then was allocated to 14 Squadron, then to 17 Squadron then to No 2 OTU at Ohakea.


Amazingly, it was based at Masterton with 14 Squadron around for about a year in 1942, so 60 years later it is still there!


After the war it was flown to the Rukuhia storage facility along with more than 100 other Kittyhawks, to be scrapped (out of the more than 300 Kittyhawks operated by the RNZAF).  It was rescued in 1959 by a group of schoolboys led by Charles Darby, who scraped together 25 pounds to buy it. NZ 3009 was chosen partly because it was nearest to the gate! 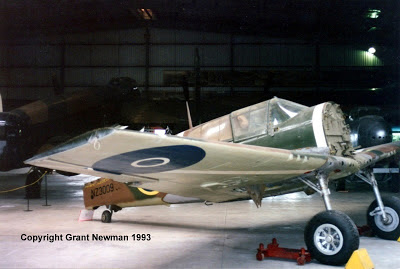 It eventually found its way to MOTAT on loan, and it was displayed there for some time as a "composite"aircraft with the wings of NZ 3201.  It is photo'd here at MOTAT by Grant Newman in 1993.  It was taken back by its owner and restoration to flying condition was commenced by Pacific Aviation Ltd which had been formed to rebuild P 40's at East Tamaki.  This firm folded, and the assets were taken over by Pioneer Aircraft Restorations (Garth Hogan). 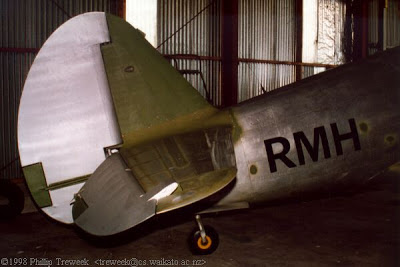 Pioneer Aircraft Restorations completed ZK-RMH, and the tail is photo'd here by Philip Treweek at Ardmore in January 1998.  By this time it was owned by The Old Flying Machine Company (Ray and Mark Hanna, hence the registration ZK-RMH I assume).  Does anyone have a photo of it in silver with RMH, before it was painted?  It was painted in Tauranga in February 1998 in an RNZAF colour scheme and appeared at Wings Over Wanaka in 1998. 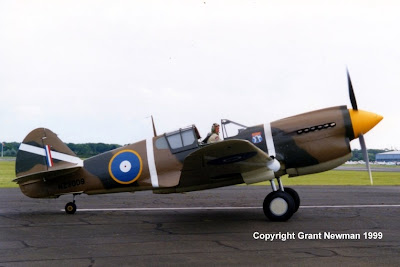 It was the exported to England for The Old Flying Machine Company and was based at Duxford.  It also flew as part of the Breitling Fighter Group (as was Corsair ZK-COR).  It is photo'd above in its RNZAF colour scheme by Grant Newman at an airshow at the former RAF station at North Weald in 1999.  It has the Breitling logo in front of the cockpit. 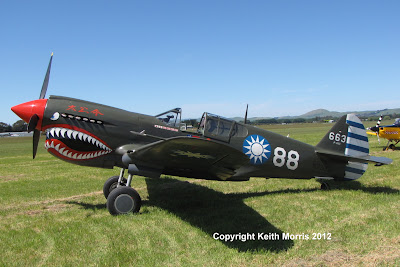 Sometime after 2002 the aircraft was re-painted in this interesting colour scheme.  I always thought is was the colours of The Flying Tigers (Claire Chennault's 1st American Volunteer Group of fighter pilots who flew Kittyhawks out of Kunming in South Western China in the early days of WW 2), but that is not the case.  Some research by a Chinese friend found that ZK-RMH is painted in the colours of Chinese fighter ace Xu Hua Jiang, who was one of the 2 most famous aces in the Nationalist Chinese Air Force in WW 2.  This aircraft 88/663/P-11151 was one of 27 P 40E's delivered to China in early 1943.  It has an inscription in Chinese characters on the nose which is "Tai Gong Lin" which translates as ""By order of a respected senior person".  This phrase goes back in Chinese history to a famous Prime Minister in the Zhou Dynasty (1050 to 256 BC), and illustrates a difference in Chinese verse American thinking.  When American pilots told Xu Hua Jiang that they painted the names of their wives or mothers or girlfriends on their aeroplanes, he thought it better to acknowledge Chinese history on his plane.  Of course the NZ 3009 on ZK-RMH is out of place in this colour scheme.