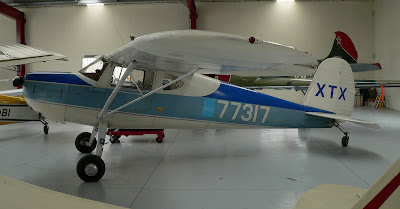 A flying visit through Rangiora today found the Cessna 120 N77317 (c/n 11759) has finally succumbed and joined the NZ civil register for Fred Vernon as ZK-XTX as from the 13th. The XTX being applied, and the "N" covered over, in the last couple of days. This is only the second Cessna 120 on our register after ZK-FFK which was listed on 13-09-1983 and is currently with the Vintage Cessna 120 Syndicate of Hamilton. 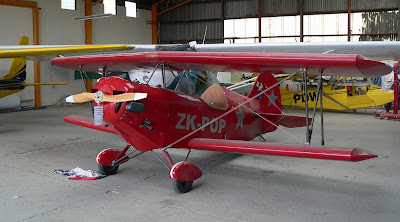 Above. Mods nearly completed. The Ragwing Aero Special ZK-POP (c/n RWS086) with its engine moved forward to bring the c of g into line and with reshaped cowling.
Below. Taken on 30-03-2005, ZK-POP with is original short Polikarpov style nose.
It has now also gained the Popeye character on its tail. 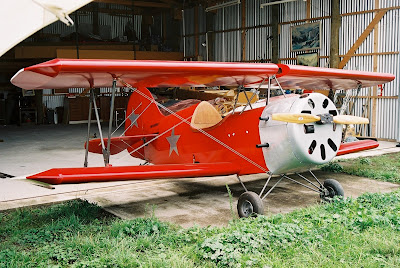 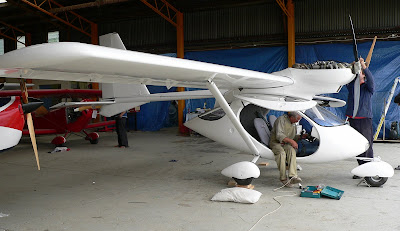 Above is the Sigma Aircraft Sigma-4 ZK-JRN (c/n 10) coming together nicely and is expected to be at the SAA flyin at Ashburton over Waitangi weekend. This was first registered to Maxim Vassiliev on 24-05-2007. The Sigma ZK-JRC2 previously at Ashburton is now based at Wigram (temporarily) with Hary Devonish -also owner of Hughes 269 ZK-HYQ. 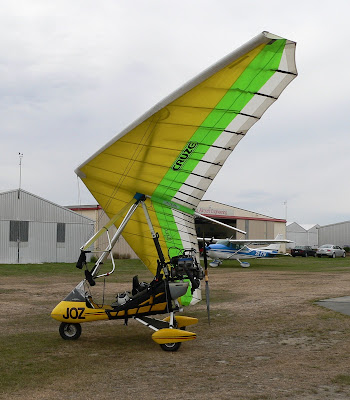 Airborne Windsports Edge X 582 ZK-JOZ2 from the Canterbury Recreational Aircraft Club was outside for me today.
This was built using some parts from ZK-WYN which makes it also ex (parts of) ZK-DUG3.
Posted by Blue Bus at 14:48